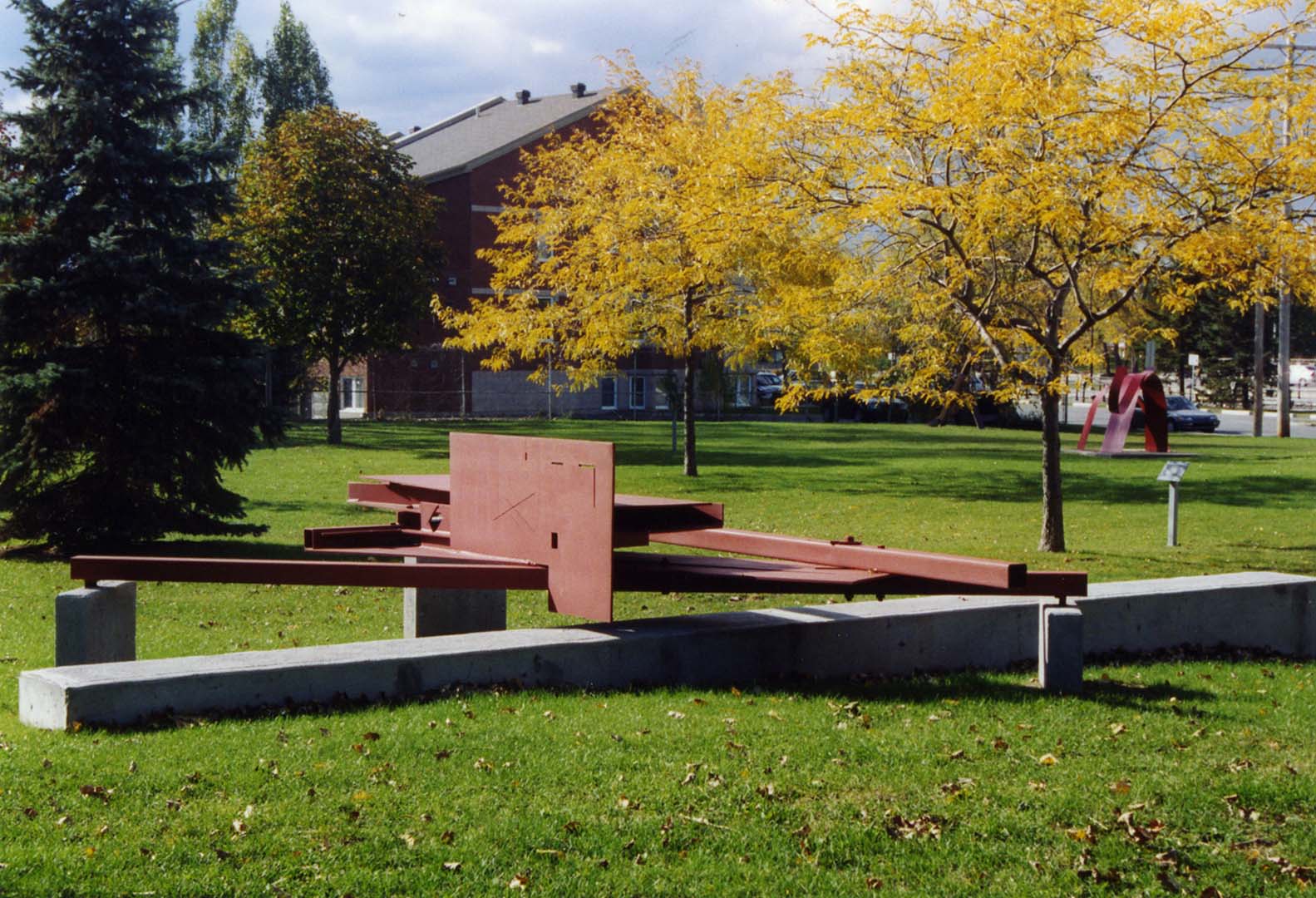 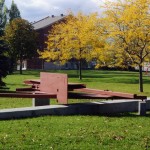 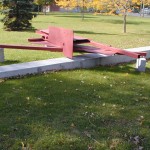 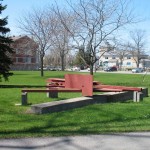 Henry Saxe was born in Montréal and attended the École des beaux-arts de Montréal from 1956 to 1961, then studied printmaking with Albert Dumouchel. His work has been presented in numerous solo and group exhibitions, including at the Biennale de Paris in 1963 and 1968, as well as the Cent jours d’art contemporain de Montréal, in 1985. In 1978, with the painter Ron Martin, he represented Canada at the Venice Biennale. In 1994, a major exhibition of his works was held at the Musée d’art contemporain de Montréal. Saxe has lived and worked in Tamworth, Ontario, since 1973.

On a lot adjacent to the Musée de Lachine, Henry Saxe’s artwork stretches horizontally, near ground level. It consists of a grouping of a number of steel elements (beams, plates, angles) resting on a long concrete beam. Built outdoors, in the lot, the sculpture is composed of elements that were assembled with a concern of highlighting their specific nature: volume, weight, material. The installation took account of the unevenness of the terrain so that the artwork is integrated with the landscape.

When the viewer moves around the sculpture, it is possible to observe the complexity of the spatial relations among its components and the play on equilibrium that is carefully instilled. Saxe creates artworks that ask viewers to become mentally involved. For instance, as one moves around the sculpture, one discovers, from each point of view, a completely different configuration of the elements. What might at first seem to have been placed randomly is in fact the result of a construction process that takes account of the unity of the grouping and the balanced distribution of its elements.