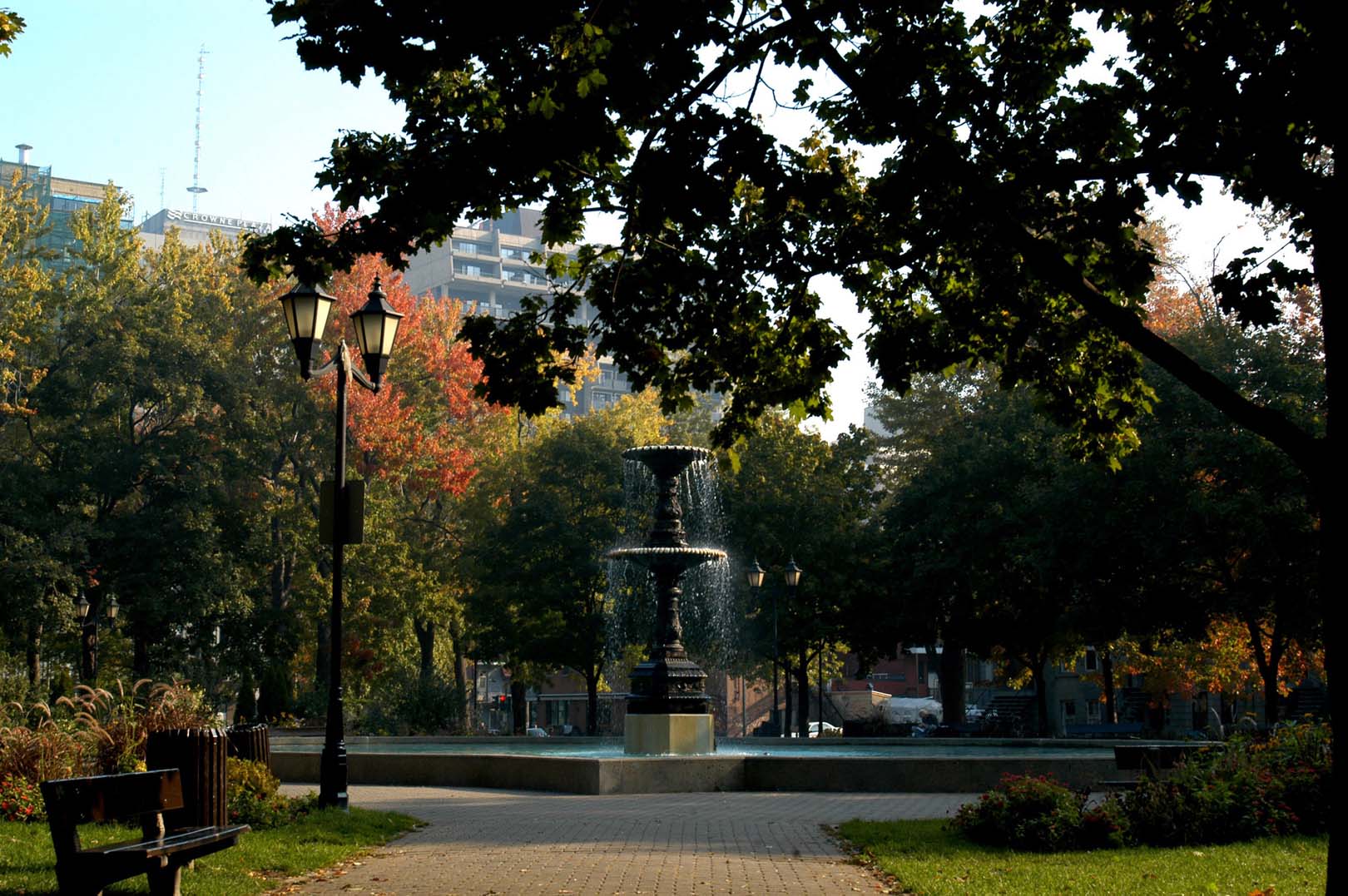 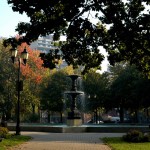 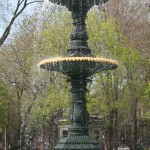 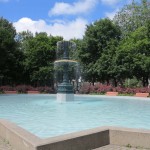 The cast-iron fountain is situated in Saint-Louis Square, between Rue St-Denis and Avenue Laval, in the centre of a large painted pool. It is a spouting fountain with two basins, one above the other. The lower column, which supports the large basin, and the column above, which supports the small basin, are decorated with acanthus leaves, some of them stylized. The fountain also includes a base.

This type of fountain was ordered by catalogue; the purchaser chose the different pieces, which were assembled to result in a customized composition. Two fountains composed of these heritage elements are in the Ville de Montréal’s collection of works of public art: the fountain in Sir-George-Étienne-Cartier Square and the one in Saint-Louis Square.

J. L. Mott Iron Works was founded in New York in 1828 by Jordan L. Mott. The foundry’s catalogue included ovens and domestic plumbing parts, as well as structural and ornamental elements for public fountains. At the Philadelphia World Fair in 1876, the foundry exhibited a 7.5-metre-high cast-iron fountain. Its basin, more than 3 metres in diameter, was recognized as the largest cast-iron basin in the United States.

Elizabeth-Ann Doyle
“”This fountain reminds me of my teenage years when I would hang out in Carré St-Louis with my BFF. We'd play the intellectual by reading poetry, listening to music and daydreaming for hours, even days! It also reminds me of Dany Laferrière's writing, which I really love. It's Montréal. “”