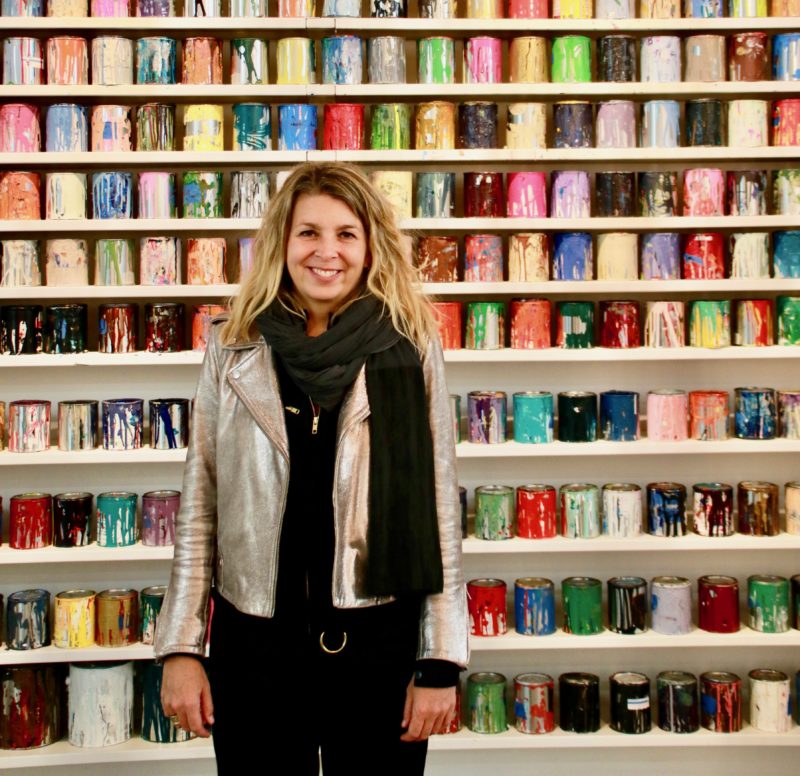 For the last thirty years, Elizabeth-Anne Doyle has worked in such cultural institutions as Place des Arts, the Montréal Museum of Fine Arts and Cirque du Soleil. These experiences have created her deep passion for the arts scene. She cofounded MU, a charitable organization that has transformed Montréal into an open-air museum by creating murals with the goal of democratizing art and stimulating local development. A hundred frescoes and more than 300 community murals have been created in 15 neighbourhoods of the city since 2007. MU has provided support to more than 100 artists and collaborated with 200+ community groups, helping to beautify 20 HLMs (subsidized housing projects) and about 50 schools. She has been chosen as Personality of the Week by La Presse (2017) and the following year Urbania magazine included her in its list of 50 people who create the extraordinary. In 2019, MU received the Grand Prix from the Conseil de Arts Montréal. 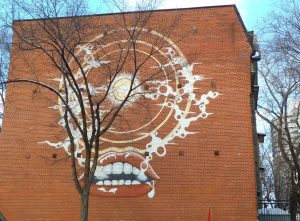 Untitled
“”Because this mural is the oldest one I know of in Montréal. It's part of one of my first memories of Downtown. I've always loved how it clashed with Place des Arts—and now with the Quartier des Spectaclles. It's a reminder of another era. It's badass! “” 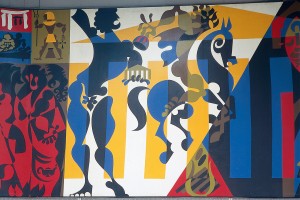 Untitled
Robert Lapalme
“ ”I've always had a thing for Lapalme. His art reminds me a bit of Matisse's collages. These murals were commissioned for Expo 67 and they are excellent representations of that time, the subject. The colours, the composition, they're timeless. They're universal. “” 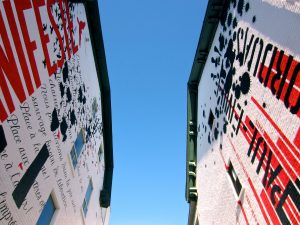 Manifeste à Paul-Émile Borduas
Thomas Csano
“ “Even if I am being objective, I still have to choose at least one MU mural! I chose this homage to Borduas because although this diptych mural is didactic it also is completely one of a kind. It was the first mural in the MU collection that pays tribute to one of Montréal's greatest artists. I'm really fond this series since it is innovative, where art celebrates an important artist. “” 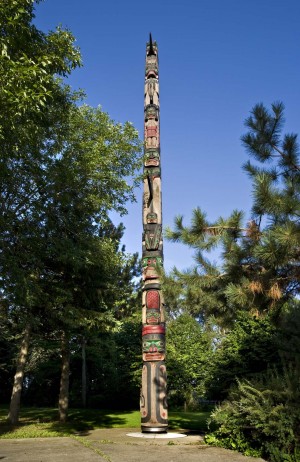 Totem Kwakiutl
Henry Hunt, Tony Hunt
“ “I've always loved Haida totem poles. They are iconic for our country. One of the reasons I chose it is because it's the only sculpture by an Indigenous artist in the city's public art collection. We have to do more. “” 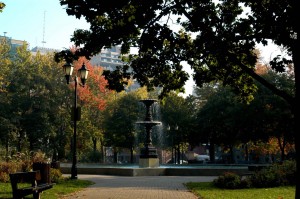 Fontaine du square Saint-Louis
J.L. Mott
“”This fountain reminds me of my teenage years when I would hang out in Carré St-Louis with my BFF. We'd play the intellectual by reading poetry, listening to music and daydreaming for hours, even days! It also reminds me of Dany Laferrière's writing, which I really love. It's Montréal. “”