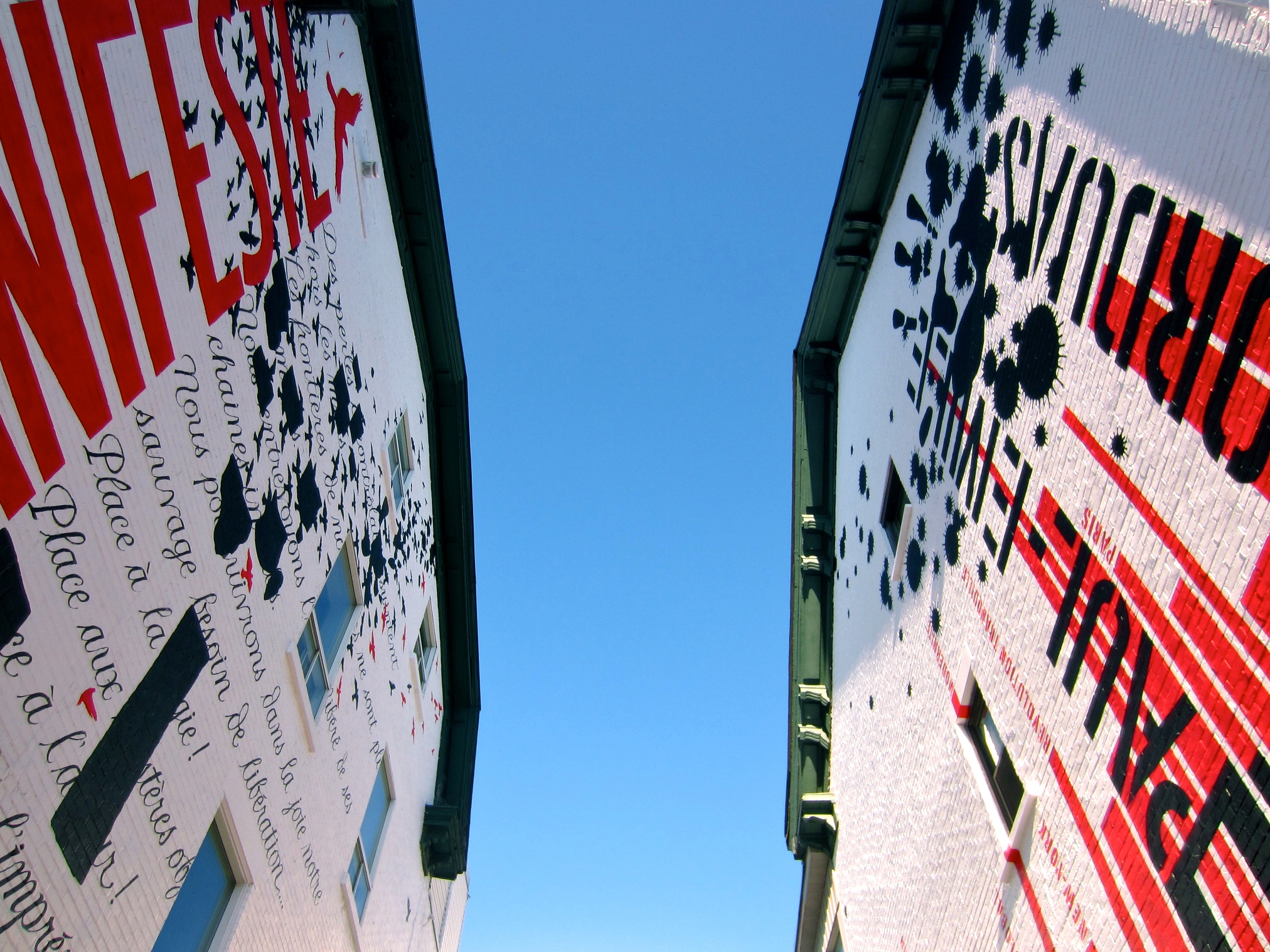 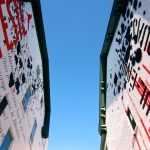 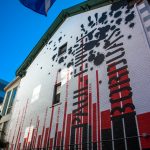 Graphic designer since 1994 then an advertising artistic director, Thomas Csano co founded his own studio where he holds the position of creative director until 2004. He receives more than 25 nominations, including a Juno Award in 2010 for Best Record Cover of the Year. He is also published in magazines and special interest books.

February 22, 2010 marked the fiftieth anniversary of the death of Paul-Émile Borduas. To mark the occasion, MU launched a two-phase mural project (2010 and 2011) to highlight Borduas’ important cultural contribution and to revitalize and beautify Place Paul-Émile-Borduas, which was facing graffiti and homelessness problems. There was all the more need for change since it is an entrance to the Grande Bibliothèque, also celebrating its 5th anniversary in 2010.

In 2010, the first phase of the project began with Thomas Csano (in collaboration with calligrapher Luc Saucier). The mural paid homage to Borduas’ contribution to Quebec’s artistic and social development by graphically assembling visual elements from six of the artist’s paintings. Also included in the mural are excerpts taken from Refus global. The red birds pictured leaving the flock (a metaphor for the people) represent the 16 supporters of Refus global. The word MANIFESTE is shown using the original typography from the first edition of the manifest published in 1948. The barcode is a modern sign for the Automatistes, a critical look at conformism and the consumerist society.

In 2011, MU designed phase II of the project. This consisted of a new mural also by Thomas Csano on the south wall of the same alleyway, thereby creating a feeling of complete immersion in the artistic corridor leading to the Grande Bibliothèque. The second mural repeats key elements from the first. The use of the barcodes on either side of the alleyway forms a unified space. The spots are reminiscent of Borduas’ work and are a symmetrical representation of the birds in flight. The red lines bring verticality in contrast to the horizontality of the other mural. It is meant to be a more modern take on Borduas’ legacy. The text, written in a more contemporary typography (as opposed to the original typography of the word ‘Manifeste’), highlights Paul-Émile Borduas, the man, as well as the more critical moments of his life along with key words related to his work. The hand represents the creative act as well as Borduas’ spontaneous artistry.
The mural is part of the MU series of murals honouring the Cultural Builders of Montreal.

Elizabeth-Ann Doyle
“ “Even if I am being objective, I still have to choose at least one MU mural! I chose this homage to Borduas because although this diptych mural is didactic it also is completely one of a kind. It was the first mural in the MU collection that pays tribute to one of Montréal's greatest artists. I'm really fond this series since it is innovative, where art celebrates an important artist. “”