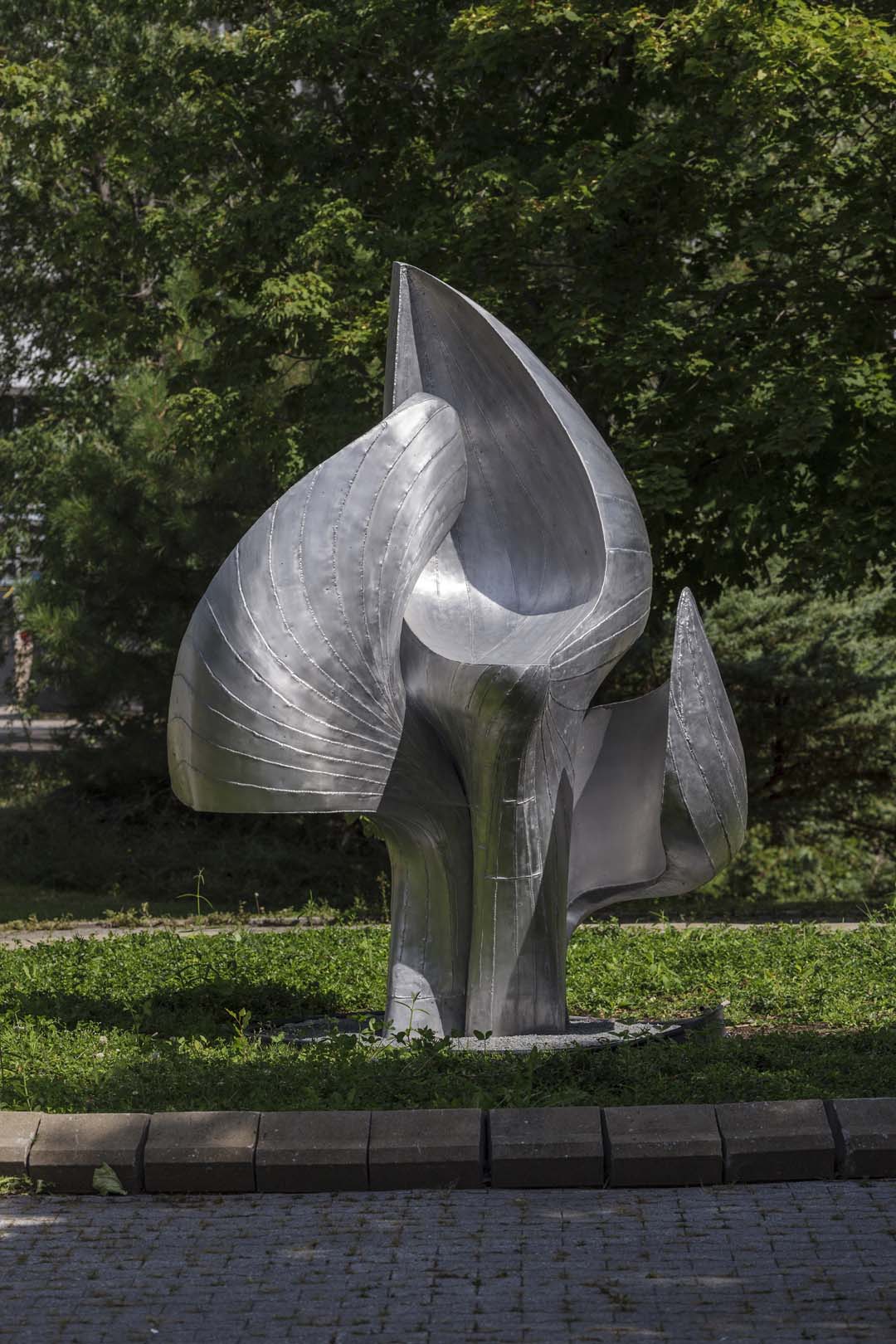 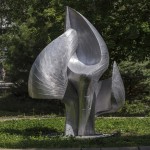 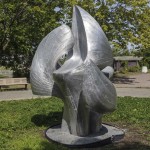 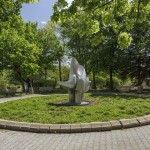 Raoul Hunter, born in Saint-Cyrille-de-Lessard, graduated from the École des beaux-arts de Québec in 1953. A teacher and sculptor, he was also a caricaturist and editorialist at the Québec City daily Le Soleil. Most of his sculptures were commissions. His production was very diverse, including statues, monuments, busts, medals, and bas-reliefs. His artworks are found in various locations in North America: Québec, Ontario, Alberta, Massachusetts, Washington, Oregon, Alaska, and California.

The title of the artwork, Iris, is inspired by the goddess of springs and fountains in Greek mythology. The sculpture’s shape is reminiscent of the flower of the same name.

For a number of years, the sculpture was installed in the Village de l’île in La Ronde, in a pool surrounded by shrubbery and a rock garden. In the early 1990s, it was withdrawn from the site. After a number of years in storage, it was restored and installed in the Jardins des Floralies, in Parc Jean-Drapeau, in June 2012. The choice of the current site in a former fountain, Gerald Gladstone’s Container Universe, refers to the artwork’s original site in a pool.

This sculpture is composed of four curved elements with a veined surface. These lines were in fact made in the process of welding cut-out aluminum sheets together to form the metal leaves. The surface of each shape has multiple openings 3 mm in diameter, also the result of its method of manufacture. Each element is convex on the outside and concave on the inside; the concave surfaces converge to create an effect of organic enfolding.