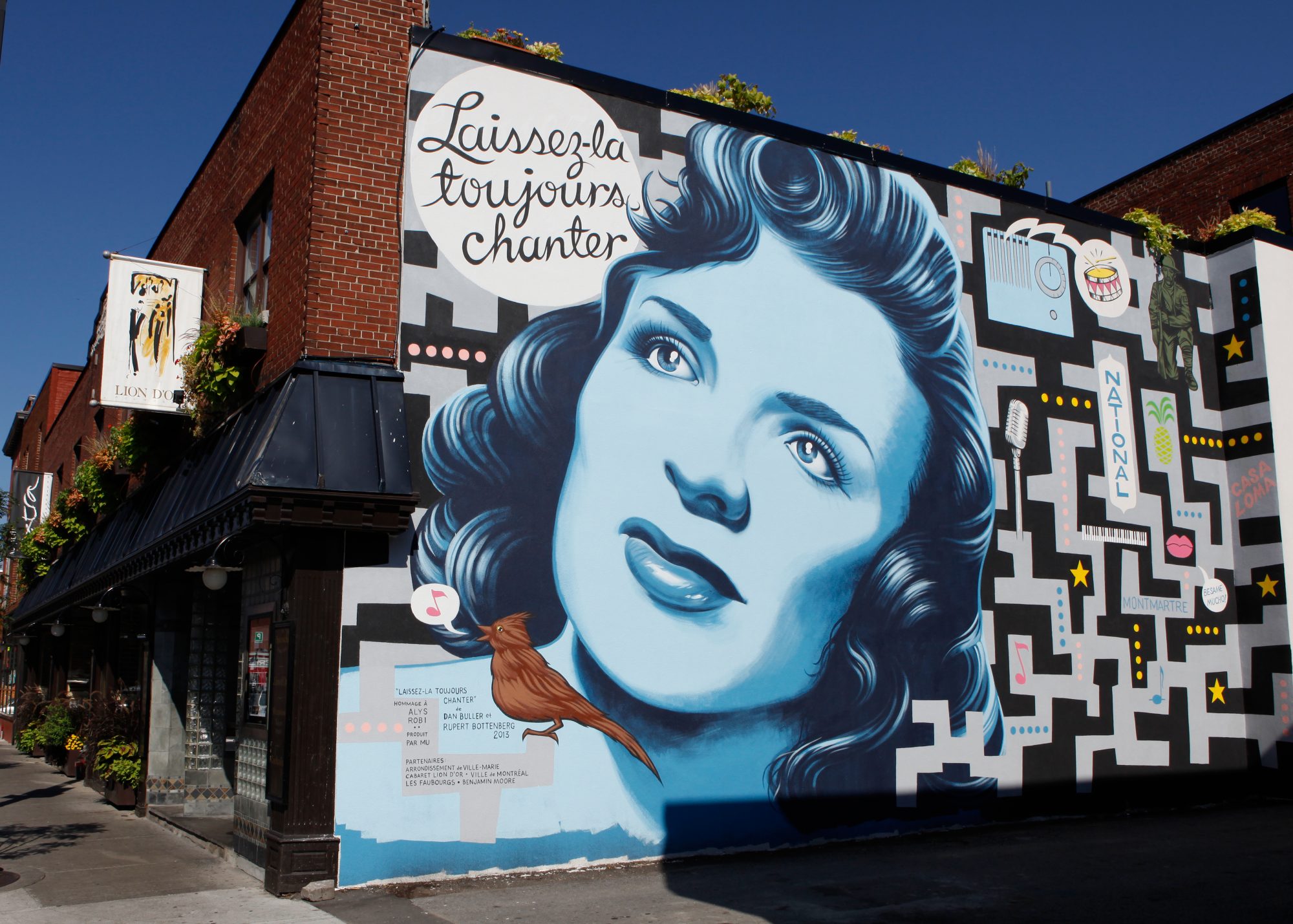 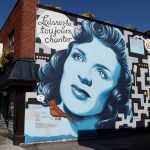 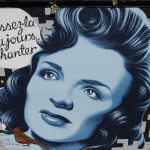 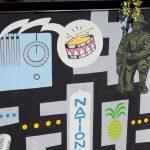 Rupert Bottenberg is an artist whose professional experience is varied : illustration, graphic design, journalism, event coordinator, etc. After working as a music editor, he returns to his chosen field : visual arts. His book Traumstadtdenken win the Bédélys’s prize in 2013. He is one the founder of the art initiative EN MASSE. Rupert Bottenberg also directs short films and animated films, he experimentes painting, sculpture and printmaking. Finally, he takes part in a lot of group’s exhibitions as a curator in Montréal.

Covering the wall of the Lion d’Or Cabaret, the mural pays tribute to Alys Robi, her career, her passion and her determination, but it also celebrates the golden years of Montreal cabarets (the 1940s). The large-scale portrait of Alys Robi is rendered in shades of blue to reflect her Québécois heritage and the Blue Note jazz aesthetics of the time. The background consists of references to the singer’s life illustrated as an array of graphic elements.

The mural is part of a series entitled Hommage aux bâtisseurs culturels montréalais initiated in 2010 to highlight the contribution of the creative minds and forces behind Montreal’s reputation as an exceptional North American city. Since the launch of this ambitious project, a series of murals have been created to pay homage to the creative talents who have made outstanding contributions to the local, national and international reach of the city’s cultural scene.