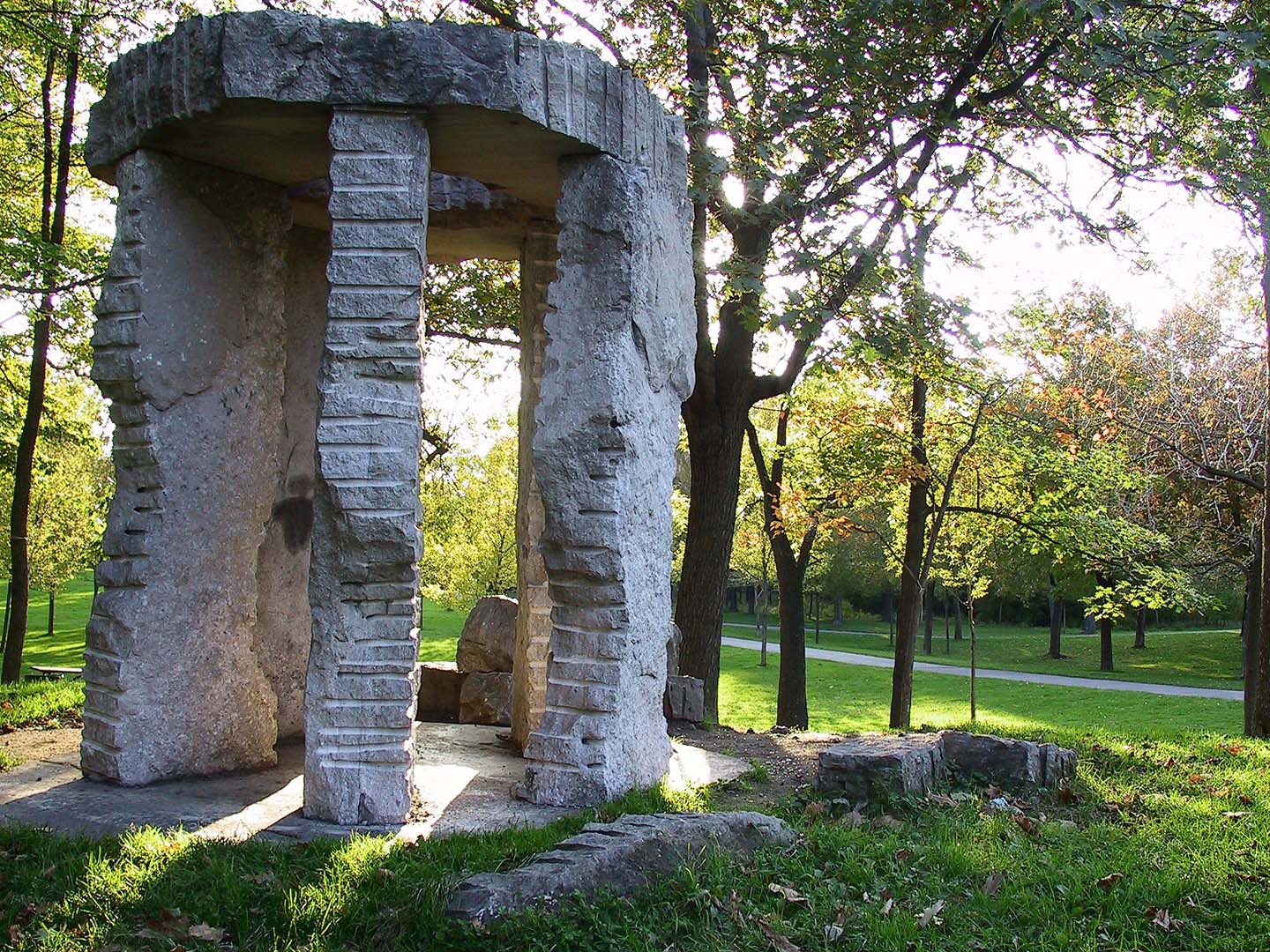 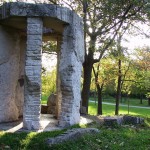 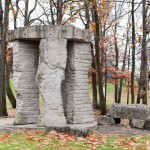 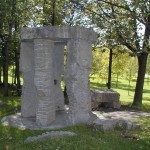 Louis Emmanuel Chavignier (1922–1972) was an internationally renowned French sculptor. After a brief stay at the École nationale des beaux-arts de Paris, he went to work at the Louvre, where he restored objects from Egyptian and Chaldean antiquity. During the 1950s, he began to create his own artworks, influenced by his work as a restorer.

He executed a number of works of public art and integrations of art with architecture in France, notably at Vitry-sur-Seine and Blanc-Mesnil. Also on public display is his Le vaisseau lunaire, produced for Expo 67, on the shore of Lac des Nations in Sherbrooke.

On an oval concrete slab at the top of a wooded rise in Mount Royal Park, a small pavilion formed of five limestone monoliths supporting a ring is presented as a lovers’ trysting place. In the surrounding area are fragments of rock that seem displaced, like temple ruins. The artwork forms a place of encounter in which the rocks, which can be used as tables and chairs, offer a convenient spot for conversation.

There are many quotations of ancient architecture in the artwork. Menhirs, dolmens, cromlechs, and tombs are nostalgically evoked with these rocks, marking the lasting gesture of humans who conquer death only through their artistic creativity. “I don’t want to seduce, I want to disturb,” the artist summarized on the effect of strangeness produced by these unusual evocations. 1

On the other hand, the title suggests something magical in the composition, a sort of merry-go-round transporting viewers into another world where the everyday rules don’t apply. With its circularity and verticality, Le carrousel sauvage explicitly fits with the “carrousel” series that Chavignier executed between 1962 and 1969.