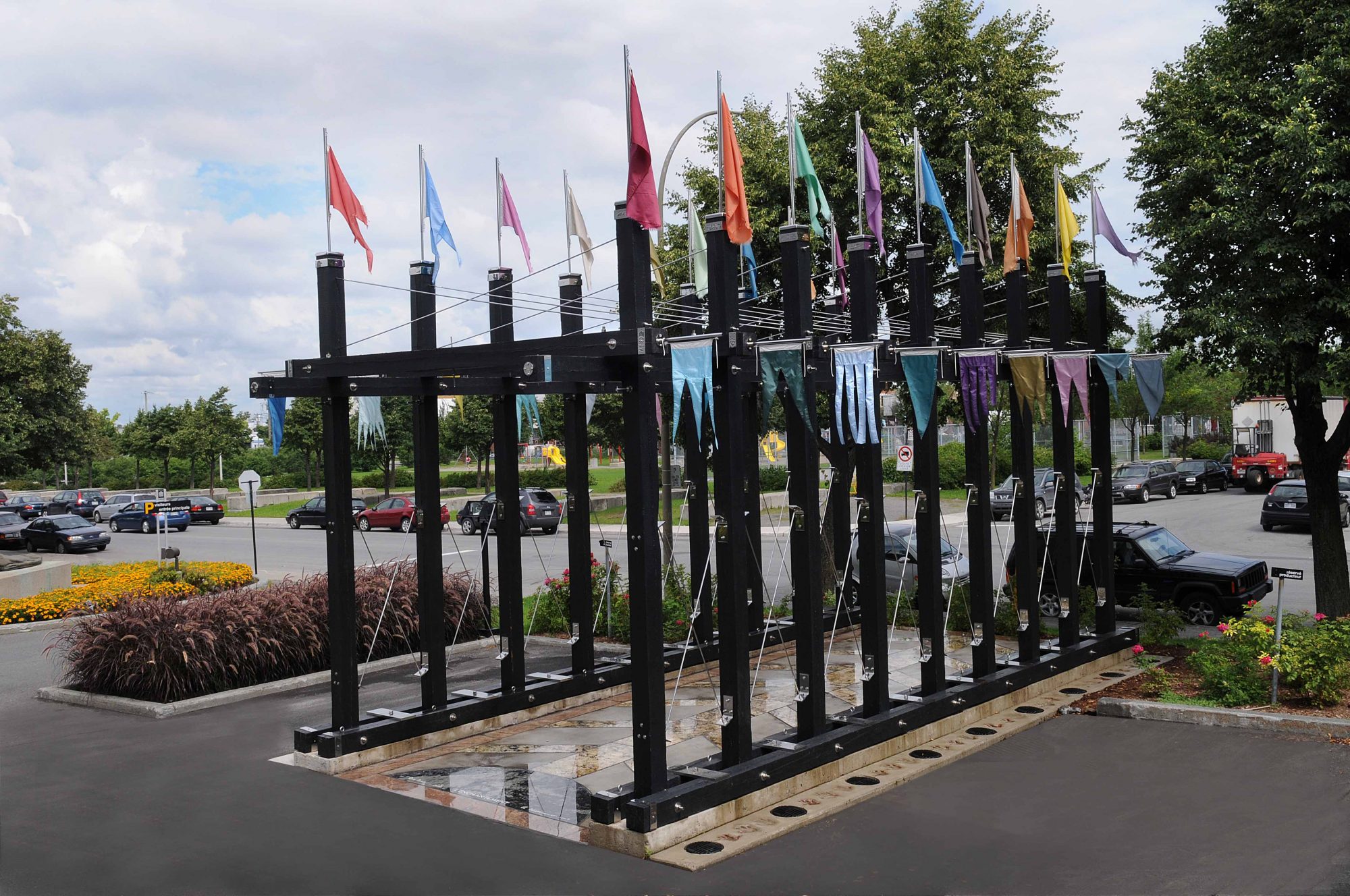 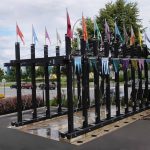 Born in Black Lake, this Québec artist was trained at the University of Ottawa and the École des beaux-arts de Montréal in the 1950s and is known for having upset well-established traditions in Québec, notably through his political engagement and his sculptural work.

Vaillancourt’s long and prolific career has featured by large-scale projects in the public space, including L’humain, a sculpture commissioned by the École des arts et métiers d’Asbestos (1963); Québec libre!, a fountain sculpture for San Francisco’s Embarcadero (1971); and Justice, an anti-apartheid artwork executed for the Palais de justice de Québec (1983).

Created in 2006, L’Enchantement is an imposing structure composed of 45 Douglas fir beams that successfully combines simplicity and complexity. The work is made of wooden beams, steel hardware and a granite floor with grains that bring to mind water and the continents. The work is adorned with some 30 multi-coloured flags in tribute to multiculturalism as well as Rosa Parks. Parks (1913-2005) is an African-American woman who became an iconic figure in the fight against racial segregation in the United States.

The work originally donned a canopy, a symbol of the circus environment and an allegory of the four universal elements: water, air, earth and fire.