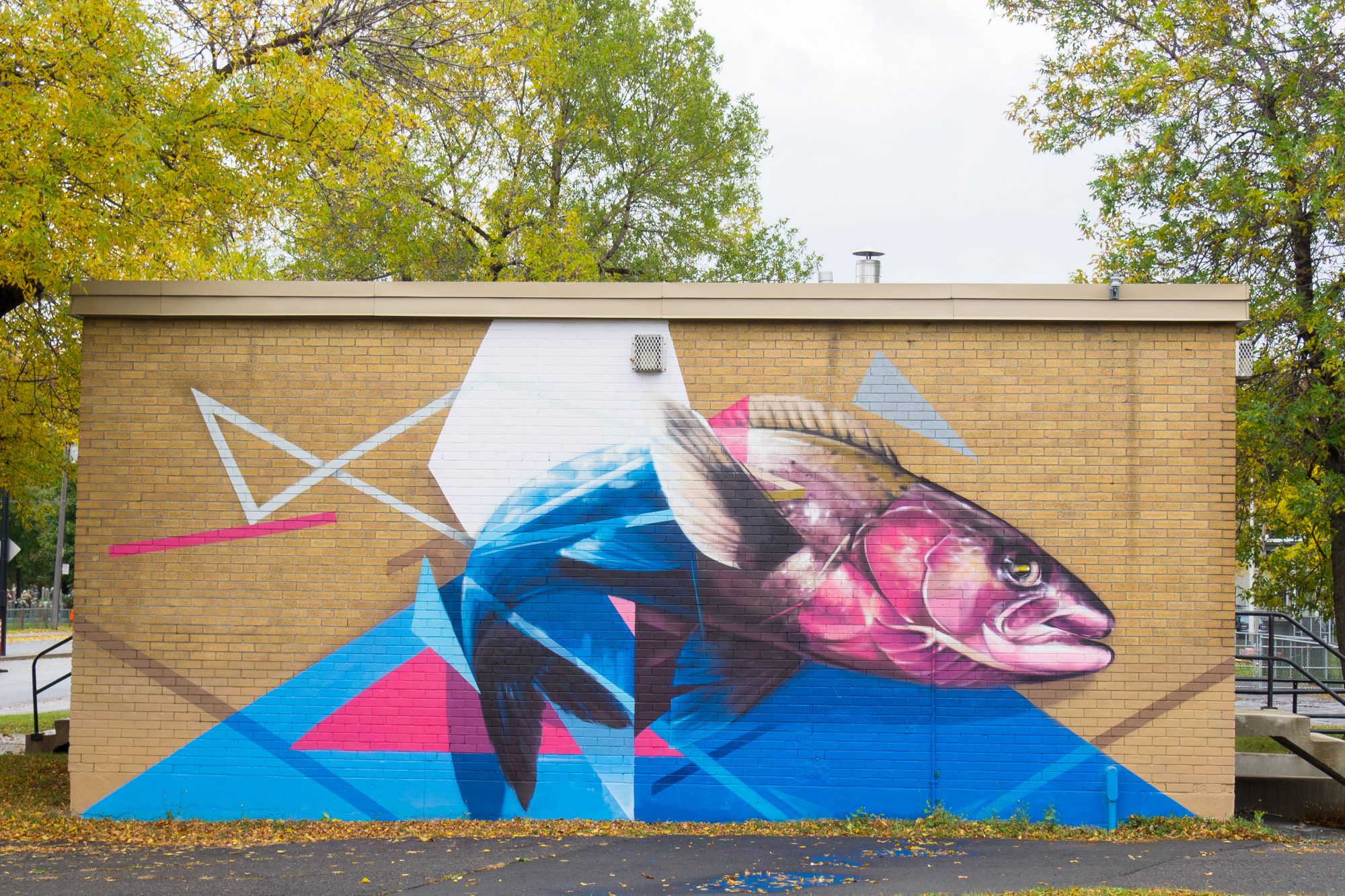 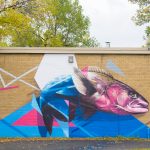 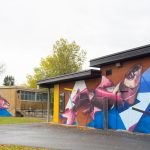 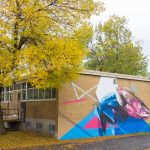 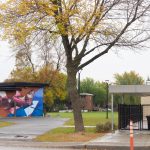 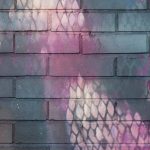 Bryan Beyung was born in Montreal, among a refugee family. This marriage of culture lead him to a sense of creation driven by the wish of self-definition. Bachelor in graphic design, the artist grows within the fast-paced world of digital technologies. Even though he is aware of the infinite possibilities these tools present, he remains careful concerning their mechanisms. His influence taking roots in its past as a graffiti artist, he prefers intuitive methods allowing for a deeper sense of abstract picturing. He creates unstructured and dynamic compositions where the freedom of the gesture meets precision of the technique. Between figurative and abstract art, empty spaces and burst of colors, formal art and graphic design, the strength of his work is in this constant duality.

In addition to highlighting the prominence of green and blue spaces in the area, this triptych of murals created by Bryan Beyung and produced by MU is an allusion to Saint-Jean-Baptiste street’s previous name. It was formerly known as “La Route des deux rivières” (the road of the two rivers) because it’s the only axis linking the two banks of the river, in addition to connecting the two areas of the borough. It was the second mural produced by MU in the borough.