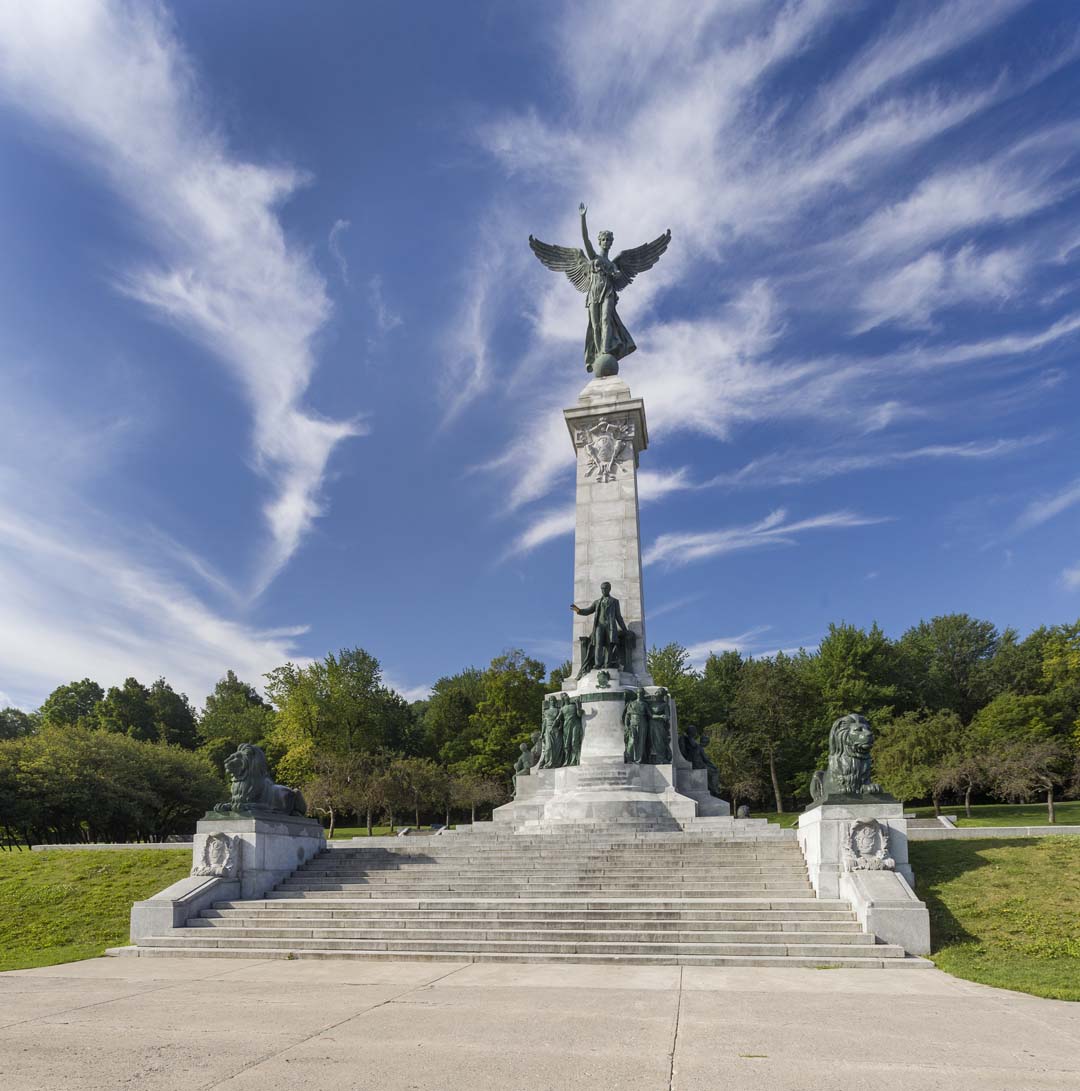 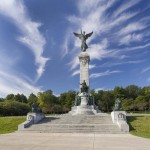 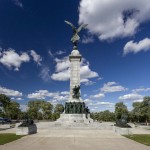 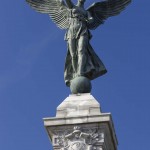 A number of proposals for a monument to Sir George-Étienne Cartier were made in the years following his death in 1873. However, it was not until 1912 that a national competition was launched. Nine sculptors made submissions, including Alfred Laliberté and Georges William Hill. It took an extraordinary order to choose the artist for the project, and Hill was the winner.

The composition of Hill’s monument is articulated around 18 figures. Guarding the front and rear approaches to the monument, four recumbent lions symbolize the power and protection of the British Empire. They are set on low walls that frame a two-flight set of stairs giving access to a large terrace in the centre of which stand the 18 bronze figures, placed around a pyramidal column. On the front face of the monument, the figure of Sir George-Étienne Cartier towers over the allegorical figures. He is portrayed standing on a podium and performing his parliamentary duties, holding a document bearing the inscription “Avant tout, soyons Canadiens” (Above all, be Canadian). Below, on either side of Cartier and placed at an angle, two statuary groups represent the four provinces that entered Confederation in 1867. At the top of the pyramidal column, a winged female figure, La Renommée, holds her laurel crown over Cartier’s head; her supporting foot stands on a sphere. Eclecticism reigns in this monument – considered the most imposing in Montréal – as dictated by the standards of late-nineteenth-century European commemorative sculpture.

Valérie Beaulieu
“I’m originally from the City of Québec and I discovered this monument for the first time through the “La vie, la vie” television series, which often showed it, and all its aspects. The winged female, La Renommée (the personification of fame in Greek mythology), which crowns the monument, was omnipresent in each episode. I think it’s majestic! The fact that it is at the base of Mount Royal and the meeting place for the famous Sunday tam-tam sessions makes it a bit cool and bohemian for a historic monument!”