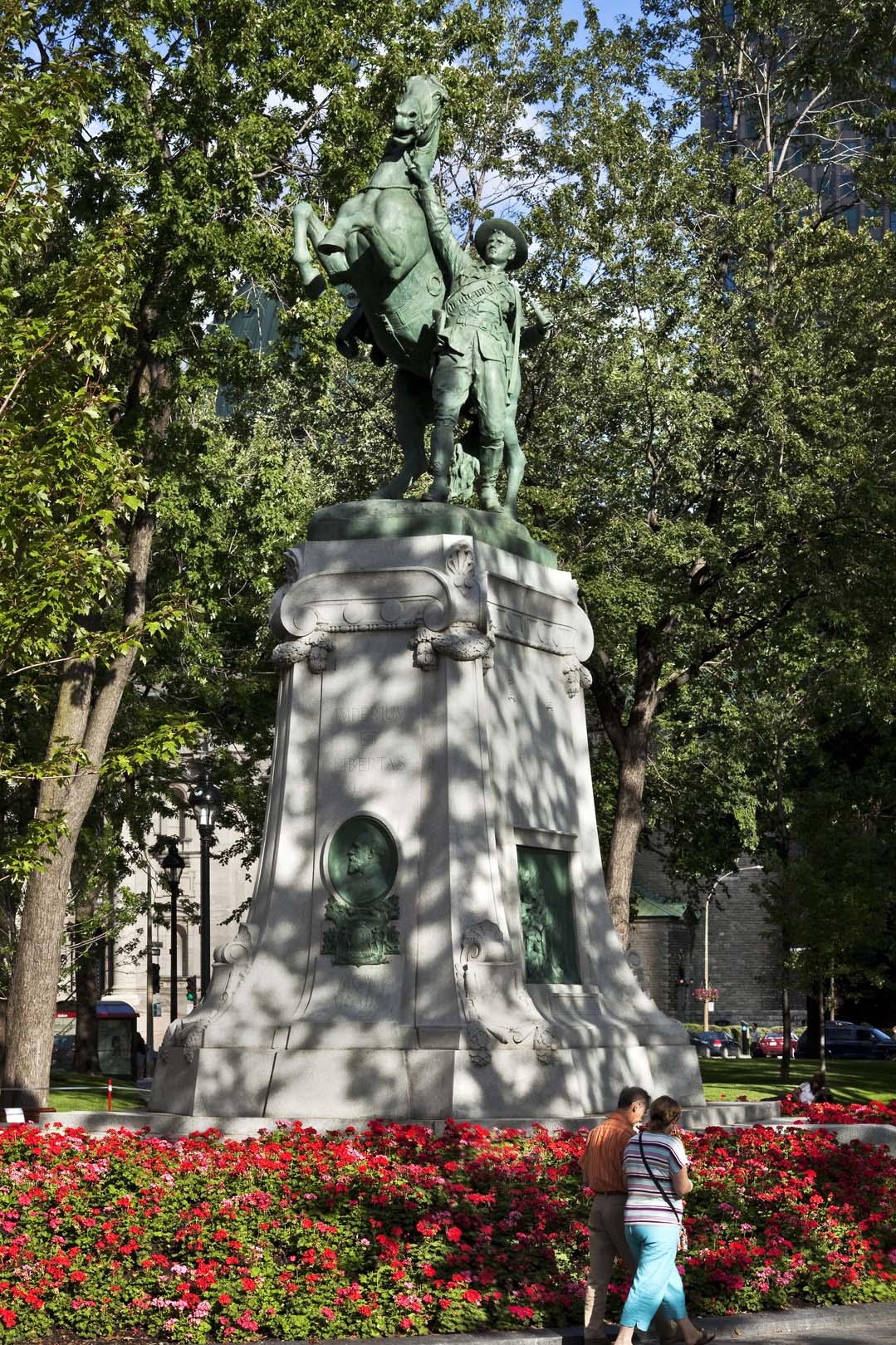 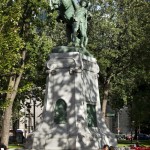 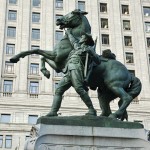 The monument stands in the centre of Dorchester Square and faces north. It was financed by public subscription, and the subscription committee commissioned the artwork and chose the site.

The monument is composed of a bronze equestrian statue placed on a parallelepiped grey-granite pedestal adorned with three bronze bas-reliefs and numerous inscriptions. Two of the bas-reliefs relate episodes in the war in which Canadian soldiers stood out: the battle of Paarleberg, in which the Boers surrendered to the Canadian infantry, and the battle of Komati River, in which the Canadian artillery seized the enemy’s guns. The third bas-relief is a portrait in profile of Lord Strathcona. The sculpture at the top presents a scout from Lord Strathcona’s Horse having dismounted, holding with his right hand the bridle of his frightened and rearing horse. The imposing equestrian group is one and a half times life size.

It is the only equestrian monument in Montréal and one of the few in Canada. It was also the first major commission that Hill produced. The architects Edward and William S. Maxwell designed the pedestal.