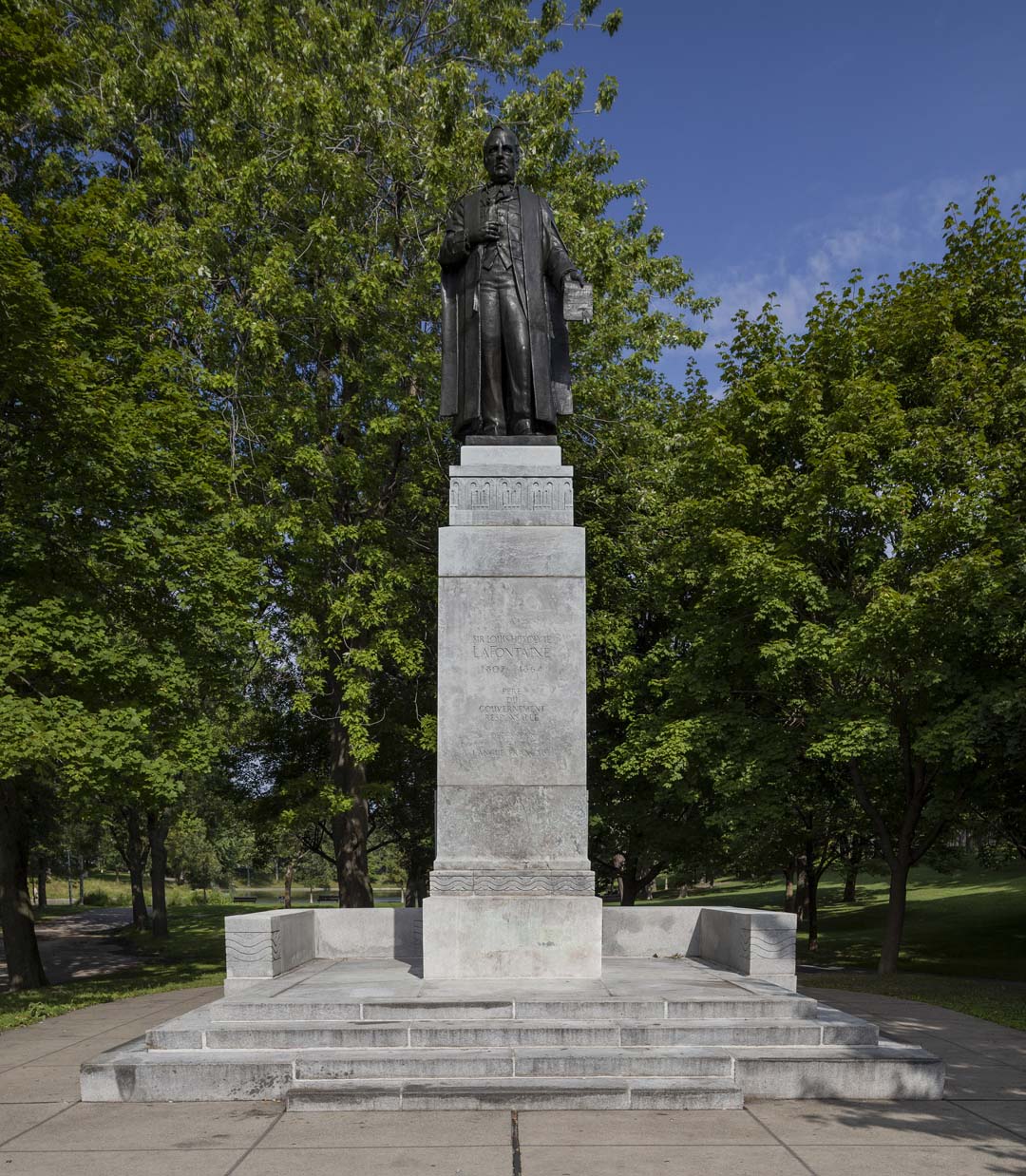 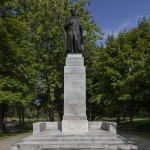 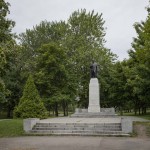 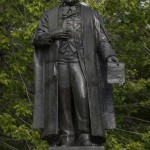 The son of the sculptor Louis-Philippe Hébert, Henri Hébert was born in Montréal in 1884. He was trained at the École des beaux-arts and the École des arts décoratifs in Paris, then returned to Montréal in 1909. His career was divided between executing various commissions and teaching. In 1910, he became a member of the faculty of the School of Architecture at McGill University, and in 1923, he taught modelling at the Conseil des arts et manufactures at the Monument national. In 1940, Hébert received an honorary doctorate from the Université de Montréal. An associate member of the Royal Canadian Academy of Arts, he died in Montréal at the age of 66.

This architectural and sculptural ensemble, situated in the southwest corner of Parc La Fontaine, offers a portrayal of the political figure Sir Louis-Hippolyte La Fontaine. The bronze statue in his likeness is wearing the robe of a justice of the Court of Queen’s Bench, the court that he created and the position he occupied for the last 10 years of his life. La Fontaine holds in his left hand a document on which are engraved the words “gouvernement responsible” (responsible government), the phrase that summarized his political life. This statue is inspired by another work portraying La Fontaine that the sculptor, Henri Hébert, executed in 1921 for the façade of the National Assembly building in Québec City.

The pedestal is very plain: its play of lines and volumes and its stylized decorative elements are inspired by Art Deco. The bas-reliefs, “La Liberté,” “Le Courage,” and “La Législation,” on the pedestal symbolically illustrate aspects of La Fontaine’s personality and achievements.