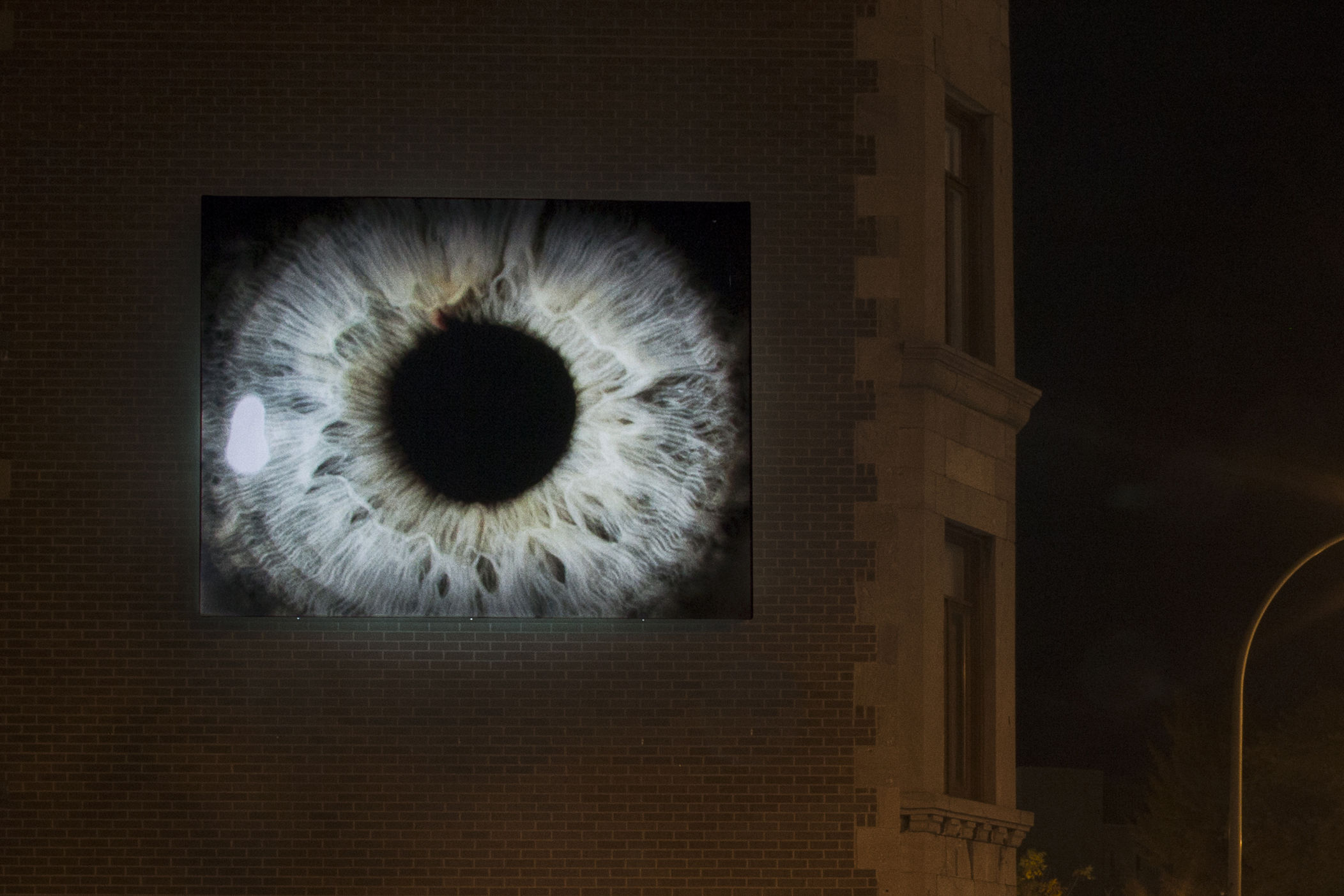 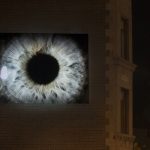 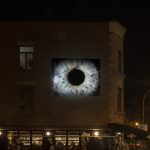 Patrick Bernatchez’s artistic practice is built around production cycles whose works are always in close dialogue. His multidisciplinary practice includes drawing, printmaking, painting, photography, film, installation and sound. In September 2014, his work was the subject of a major exhibition at the Casino Luxembourg, mounted in collaboration with the Musée d’art contemporain de Montréal, which presented the exhibition afterwards. His work has also been exhibited in The Netherlands, France, the United States and Canada. Patrick Bernatchez lives and works in Montreal.

To mark Dazibao’s thirty-fifth anniversary, two new satellite works are being installed in Montreal! On the façades of Café Cherrier and Bonsecours Market, which have previously been the site of works by Jennifer Campbell, Manon de Pauw, Thomas Kneubühler and David Tomas, you will have the pleasure of discovering two works by Patrick Bernatchez. Inspired by the dystopian novel 1984, Bernatchez’s new project addresses questions around individual freedoms, collective memory, language and power.

George Orwell’s famous novel 1984 was published in 1949, thirty-five years before the year 1984. Thirty-five years is also what separates us now from the year 1980 – when Dazibao was founded – and the year 2050, date of the final victory of Orwell’s totalitarian regime over a civilisation deprived of the means to conceive its own freedom. These temporal pirouettes, from fiction to reality, were the starting point for Patrick Bernatchez’s project, taking his inspiration from distances of thirty-five years from the present, forwards into the future and backwards into the past.

In reference to Newspeak, the language dreamt up by Orwell whose bare-bones quality was intended to prevent all critical reflection, Bernatchez has chosen a brief, four-letter sample: “tu es” (“thou art”). In the novel, this succinct command refers to the complete control that the regime exercises over the lives of its citizens. Out of context, hanging over the passer-by from the façade of Bonsecours Market, the assertion “thou art” inevitably takes on a social and political character.

On the façade of Café Cherrier, Bernatchez has created an image showing his own enlarged iris, photographed with an ophthalmological device. This coloured, predominating iris is a direct allusion to 1984 and to the daily surveillance to which we are all subjected as we go about our affairs, in both physical and virtual spaces.