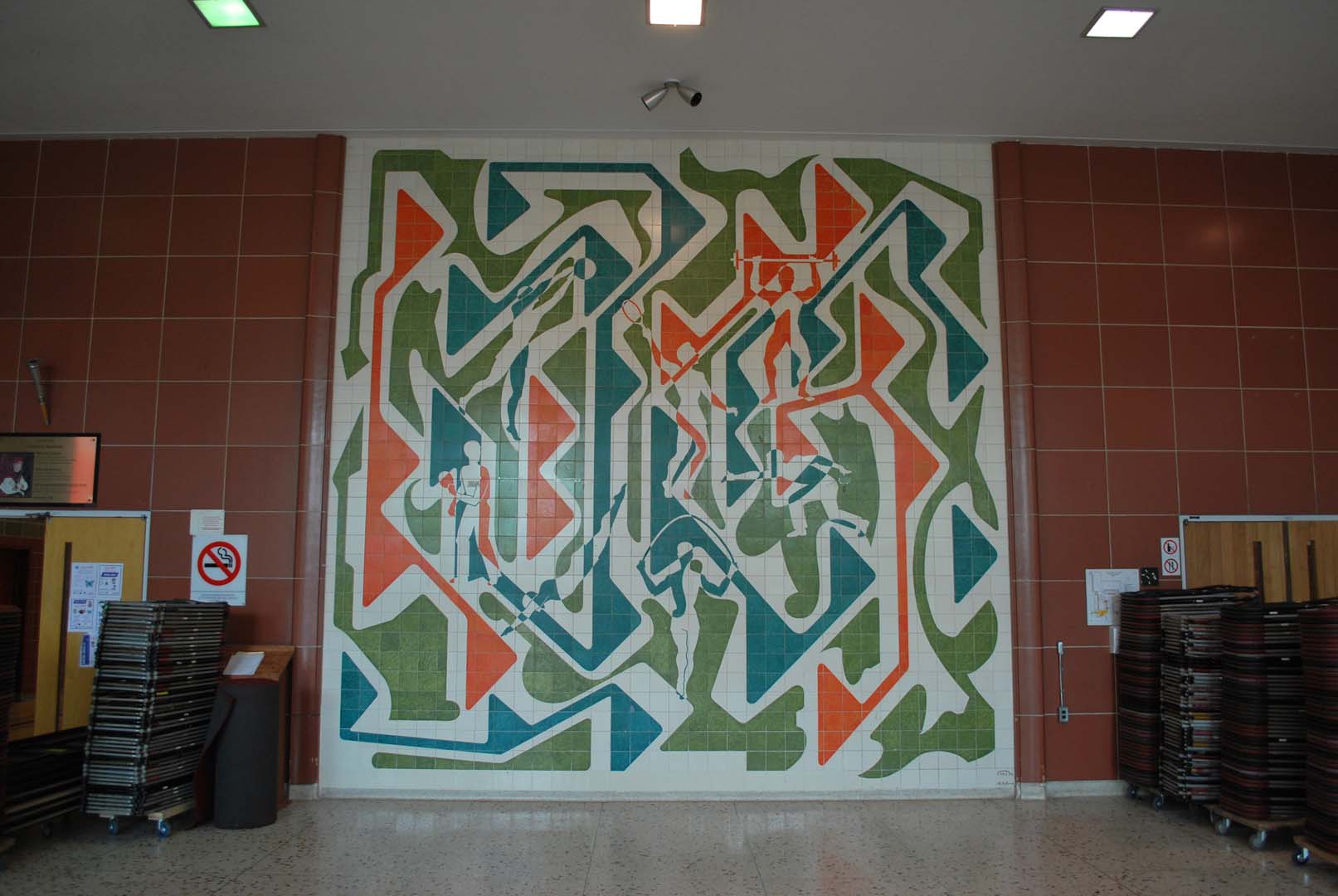 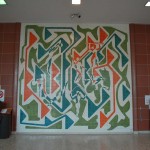 A graduate of the École du meuble in 1949, Jean Cartier studied ceramic art with Pierre-Aimé Normandeau. During a stay in France (1949–51), he attended the studio of ceramicist Jean Besnard. He then became a professor at the École du meuble, the Institut des arts appliqués, and the Canadian Handicraft Guild. He also founded a studio-school that was attended by about forty students, including Jordi Bonet. In 1959, Cartier went to Sweden, where he registered at the Stockholm School of Applied Arts and visited a great number of ceramics and glassware studios and factories. He was later named senior designer at the Céramique de Beauce cooperative.

Cartier’s artwork consists of a large ceramic mural situated in the large lobby of the Centre récréatif Gadbois. The painted ceramic mural is composed of simplified figures representing sports such as Ping Pong, diving, and weightlifting.

The artist’s practice was inscribed in a context of highlighting Québec culture and its lost traditions. This explains the increased interest in ceramics in the first half of the twentieth century – a movement that Cartier was part of. Although he is known mainly for his creation of everyday and decorative objects, some of his murals can be seen in the Montréal métro system (Papineau and Cadillac stations).