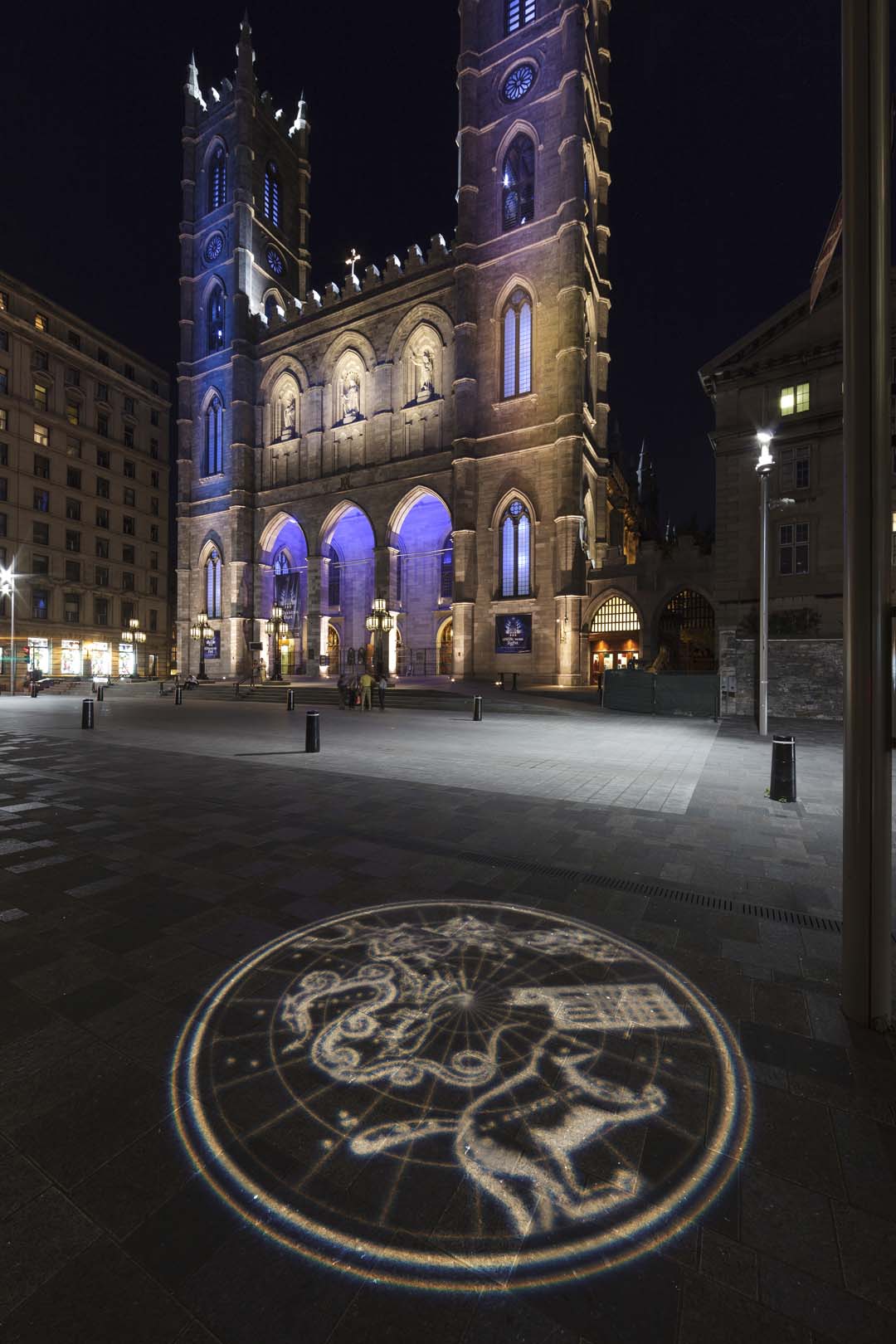 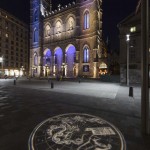 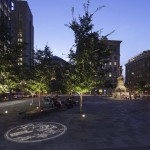 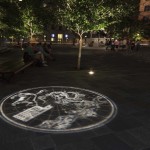 Alison Tett holds a bachelor’s degree in English literature and a master’s degree in cultural studies and critical theories from McGill University. She teaches literature and philosophy at Collège Champlain in Saint-Lambert. Aside from Polaris en lumière, she has produced the four works of public art in the series Mundus. Currently she is working on an art project that consists of marking on surfaces in the city the courses of rivers that existed when Montréal was founded, and on an ecological project called “Google Green Balloons.”

Polaris en lumière consist of a circular projection of a ray of light two metres in diameter onto the pavement of Place d’Armes when night falls. Inspired by the map of constellations in Middleleton’s Celestial Atlas (1842), the drawing shows a starry celestial concave cut into a number of segments and meridians. Within the circle are figurative illustrations of various circumpolar constellations: the Big Dipper, the Little Dipper, Cassiopeia, Draco, Medusa, and Perseus. An image of the New York Life Insurance building, the first Montréal skyscraper, situated on Place d’Armes, has been added to the original 1842 map. The presence of this building is a reminder that it is possible to locate the North Star in the sky using the building as a reference point. If one stands on the star inlaid in the square’s pavement, seven metres from the projection, the North Star appears in the sky at the top of the building’s turret. Each evening, the projection contributes a transitory aspect to interpretation of the urban landscape that is a reminder of the ephemeral nature of urban life.