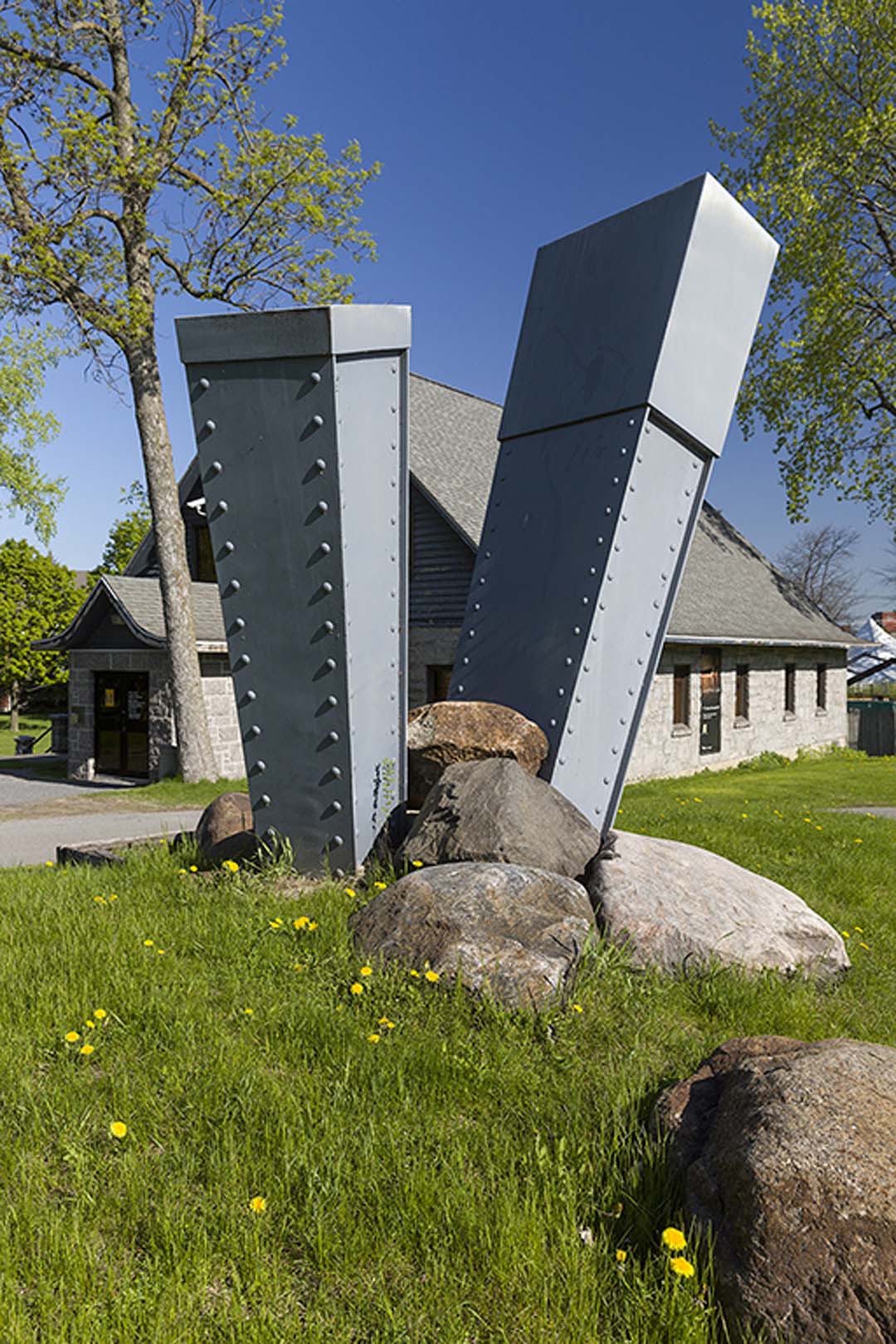 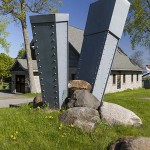 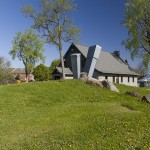 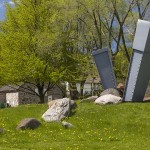 The work was created specifically to be integrated into the outdoor site at the Musée de Lachine, as evidenced by the encrustation of the low wall into the grade difference in the ground. At the top of the small hill supported by the wall are two metal beams, painted grey-blue, that seem to be planted at an angle in the ground. Passing between the two beams are a series of large stones tracing a line from west to east on the talus.

Leblanc produced this work when he returned from a trip to Arles, France. It refers to the bridge in Arles once called Pont de Langlois. A number of the artist’s works are related to the history of art and of literature. Here, following Vincent Van Gogh, he appropriated a subject (the bridge) and explored its visual possibilities. Although van Gogh concentrated on the colour when he painted Pont Langlois under different lighting conditions, Leblanc, a century later, made a transformation in his turn, and the wood beams became steel beams. The subject is reinterpreted according to the concerns of a sculptor who is interested in the physical properties of materials, raw or processed, construction and assembly techniques, and the laws that govern them: strength and pressure, torque, weight and support, tension, and compression.