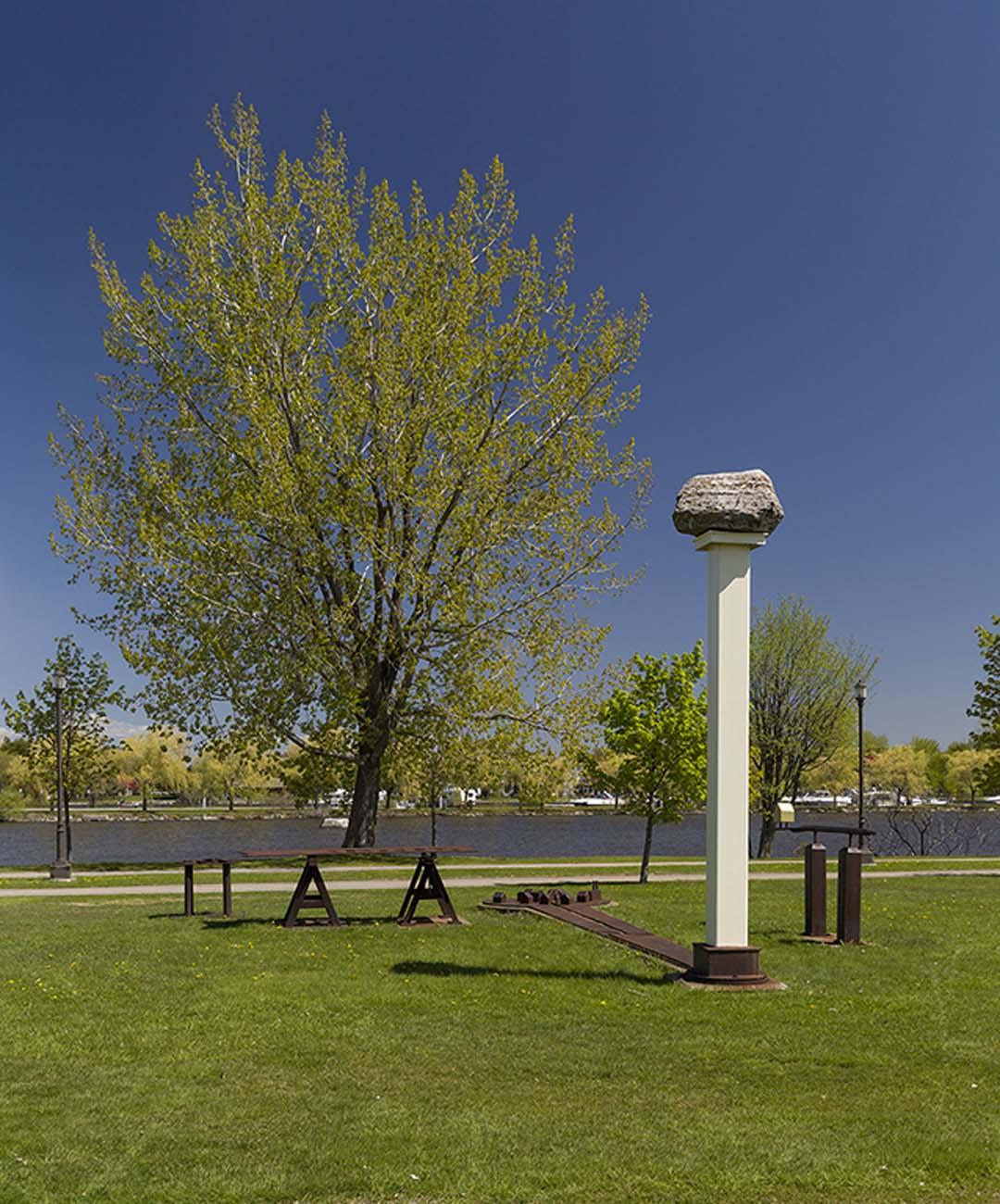 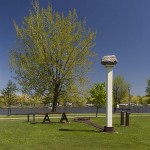 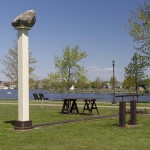 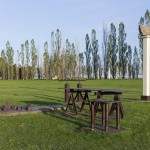 The artwork is composed of a number of elements, including a square column holding up a large rock, whose cast shadow is transposed to the ground in the form of a metallic strip that links the base of the column to the model of a Montréal neighbourhood. On one side of this grouping, a steel oar holds up a small house; on the other side is a workbench on trestles and a low table.

Returning to the places of his childhood, on Rue Roberval in Côte-Saint-Paul, Leblanc discovered that the neighbourhood had changed a great deal since he left it, in 1959. The closing of the Lachine Canal had led to the decline of industrial activities in the area, and his childhood home had been demolished to make way for an elevated expressway, the Turcot Interchange. More than simple commemoration of a personal memory, this artwork highlights the holes in historical memory that engulf the places of ordinary people. It also points to the gap between the fates reserved for different urban neighbourhoods depending on the status of their residents. Two elements of the grouping are not urban: the oar, which underlines where artist’s family came from, the Magdalen Islands, and the rock that refers both to the origins of humanity in the Stone Age and also to Leblanc’s own home, in the Laurentians.