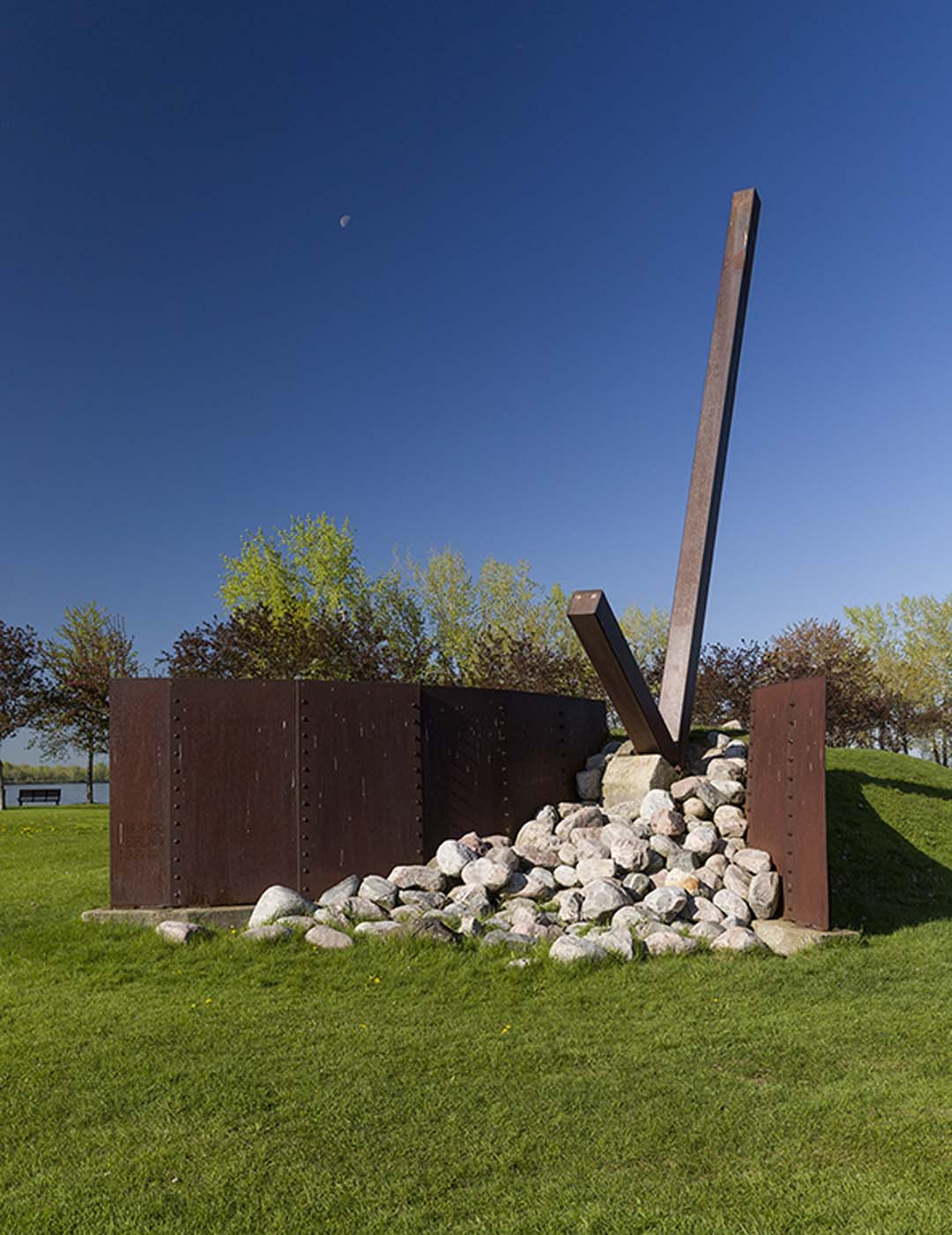 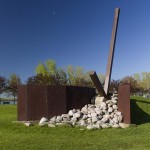 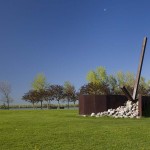 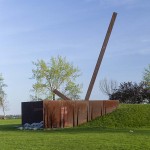 Signal pour Takis was created in the summer of 1986, but the artwork was actually completed only in 1988, when it was installed at its current site in Parc René-Lévesque, where it is now completely integrated. A breach has been opened in a grassy knoll. Two metal walls border this trench; they are formed of screwed panels numbered from 01 to 06 and from 001 to 006. Their sturdiness, size, and industrial look evoke a ship’s hull, and steel beams are sunk into the ground at an angle that refers to the hoists used to unload cargos from ships. The space between the steel walls is filled by a pile of stones.

The title refers to the contemporary Greek sculptor Takis, who produced a cycle of artworks, titled Signal, in which vertical lines dominate. Leblanc is thus paying tribute to an artist whom he considers a pioneer of contemporary sculpture.