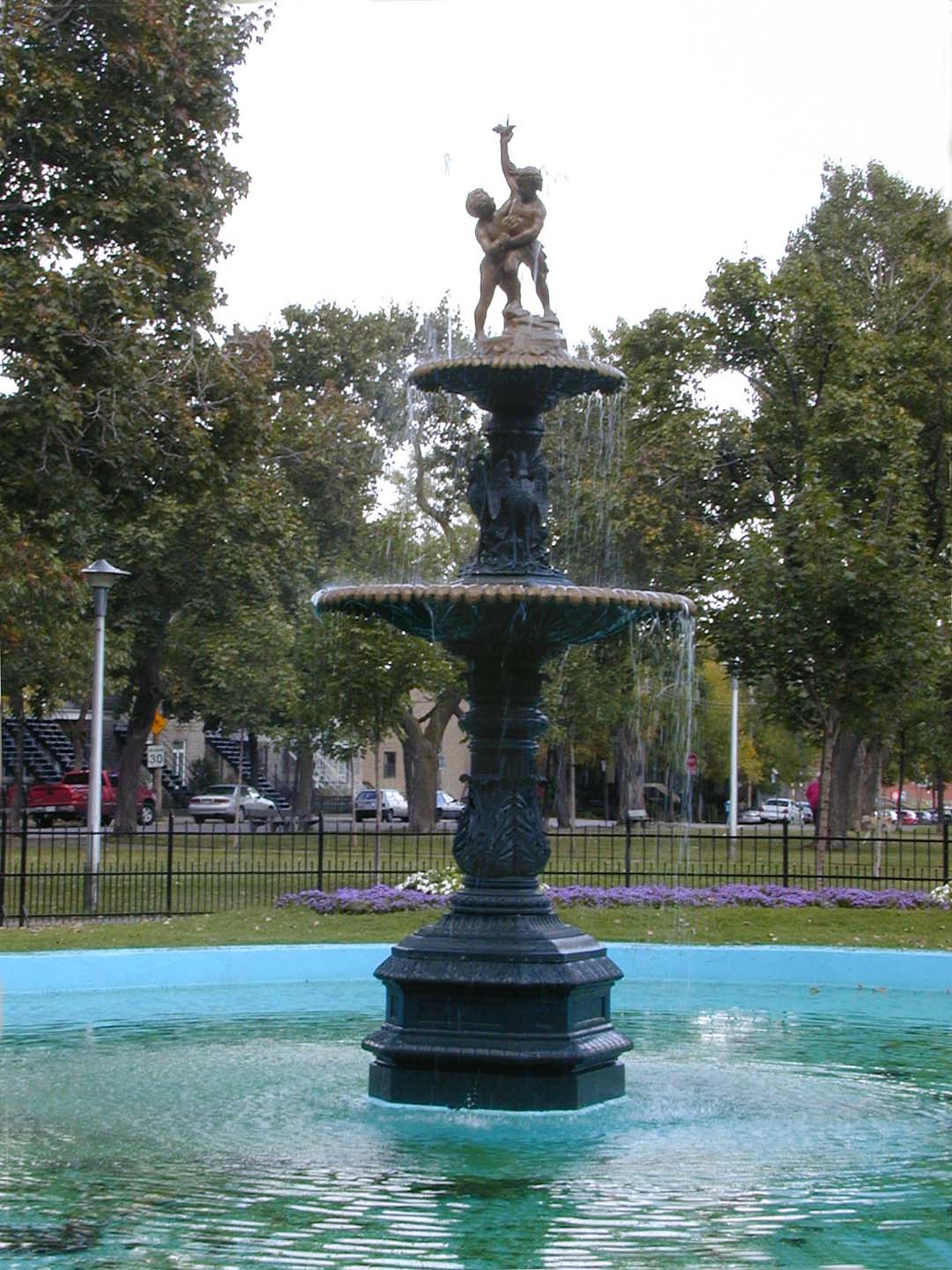 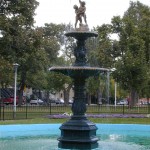 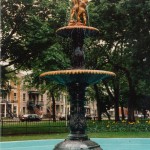 Situated in the centre of a fenced-in area, this sculpture-fountain made of industrial cast iron is installed in a concrete basin. The quadrangular base is topped by a column with ornaments in plant and bird motifs. At the top of the grouping, two cherubs fight over a flute; they stand in the centre of a bowl from which water flows into a second, larger bowl.

This type of fountain was ordered by catalogue; the purchaser chose the different pieces, which were assembled to result in a customized composition. Two fountains composed of these heritage elements are in the Ville de Montréal’s collection of works of public art: the fountain in Sir-George-Étienne-Cartier Square and the one in Saint-Louis Square.

J. L. Mott Iron Works was founded in New York in 1828 by Jordan L. Mott. The foundry’s catalogue included ovens and domestic plumbing parts, as well as structural and ornamental elements for public fountains. At the Philadelphia World Fair in 1876, the foundry exhibited a 7.5-metre-high cast-iron fountain. Its basin, more than 3 metres in diameter, was recognized as the largest cast-iron basin in the United States.