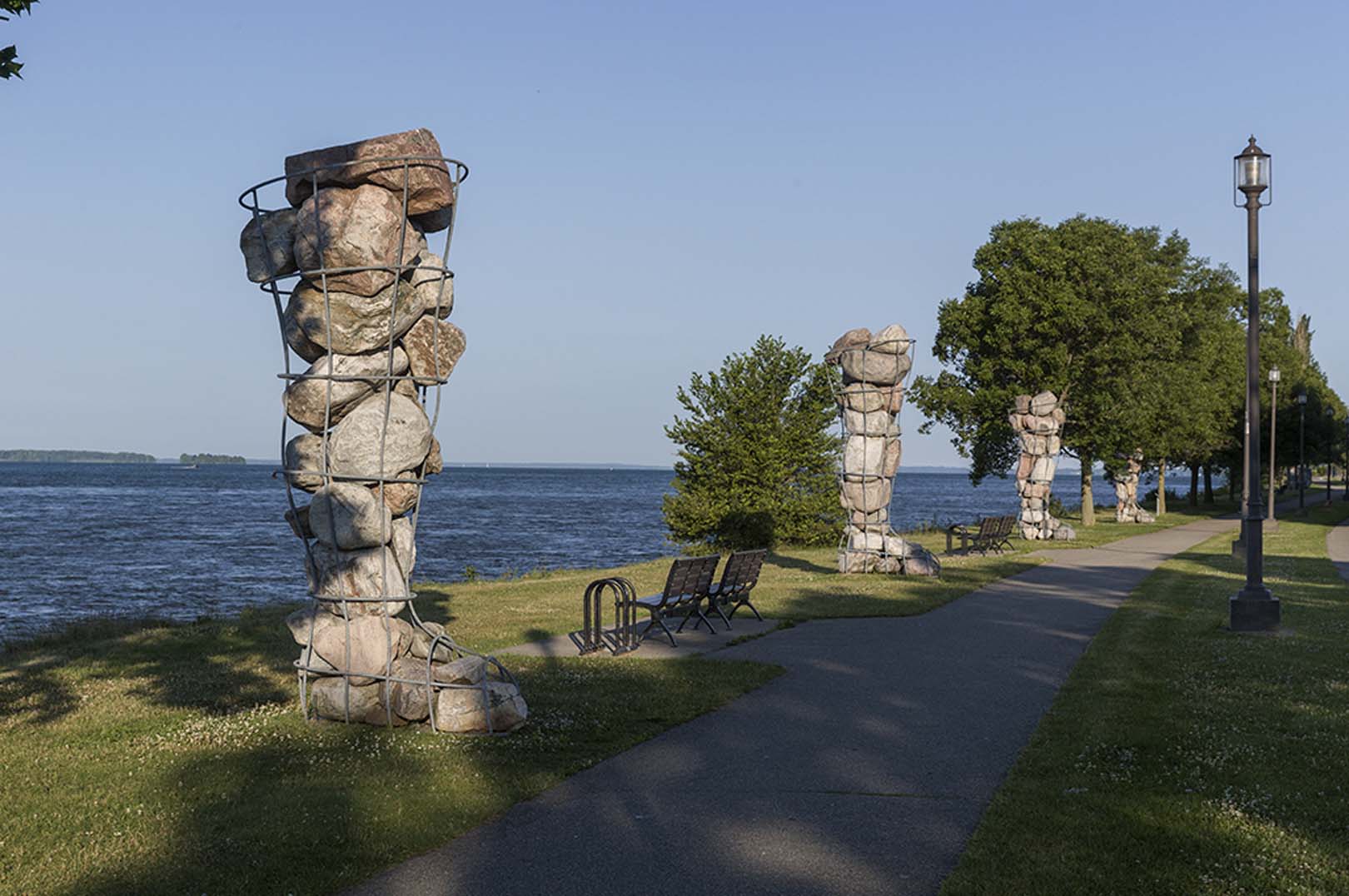 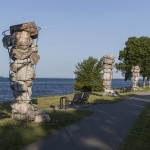 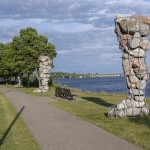 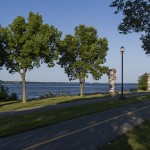 David Moore was born in Dublin and moved to Montréal in his early twenties. He is a graduate of the École des beaux-arts de Montréal and holds a master’s degree in art education from Concordia University, where he taught from 1970 to 2006.

Moore’s work has been in many exhibitions in Canada, the United States, and Europe. From 11 November 2007 to 6 January 2008, the Musée d’art contemporain des Laurentides presented Architecturer l’absence, a retrospective of his work over the previous 30 years. Moore also produced various public art projects, among them aLomph aBram (1991), an imposing artwork installed in the turret of the Pavillon Charles-Baillairgé at the Musée national des beaux-arts du Québec.

Five structures, made of steel rods and shaped like gigantic legs, filled with large stones, stand beside a path on the shore, with their backs to the river. The distance between each leg is the same, and the grouping extends a bit more than 85 metres. Viewers must walk along the path to discover the entire grouping of the artwork.

Site/Interlude is a reflection on time and progression. The work as a whole can be apprehended only as a path that leads from one of its parts to the next. The distribution of the five elements on the site and the distance that separates them force viewers to walk for a certain length of time. The repetition of the form reflects the succession of steps required to advance along this path. The legs act as signposts along a passageway that thus becomes a metaphor for the line of time. During his travels in Greece, the artist noted that in a number of archaeological sites, legs and feet were often the only vestiges that remained of ancient statues. In human beings, the lower limbs support all of the body’s weight and the feet are the point of contact with terrestrial energies.