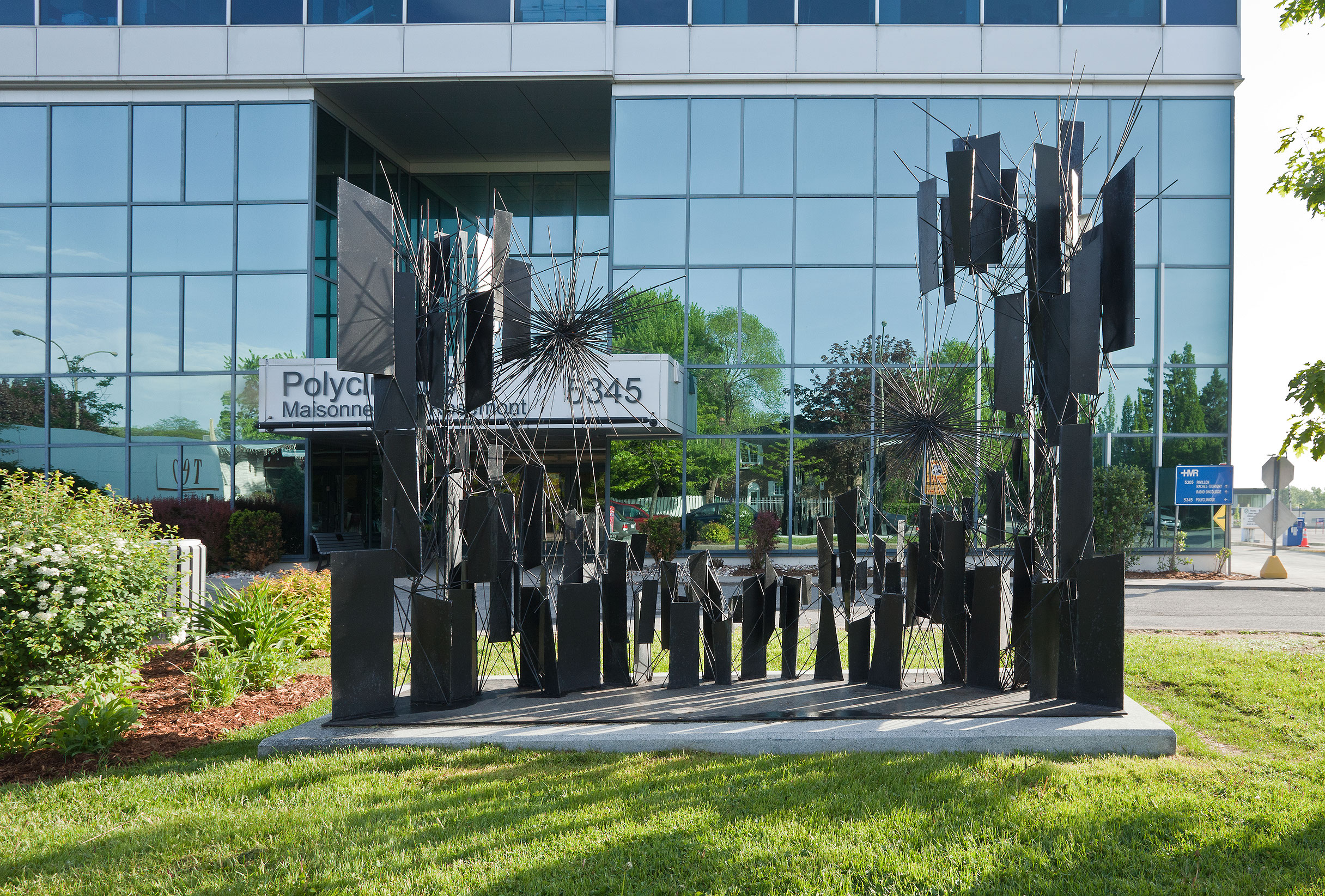 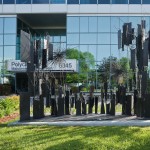 Born in 1937 in Montreal, Gord Smith distinguished himself amidst his contemporaries as one of Canada’s leading sculptors of the post-war period. Inspired by the music and nature, among other themes, his work is marked by a great diversity of styles, reflecting his ability to work impulsively and overcome inhibition. After studying architecture and engineering at Sir George Williams University, he worked for an architectural firm and exhibited his work at the Montreal Museum of Fine Arts in 1962 as well as the National Gallery of Canada in 1969. In 1967, he was commissioned to create the stunning structure entitled “Canada Screen” for the Canadian Government Pavilion at Expo 67. That same year, he was elected to the Royal Canadian Academy of Arts. Since the 1980’s, Gord Smith has created more than thirty public artworks commissioned by important institutions in Canada and the United States, including the Musée d’art contemporain de Montréal, McGill University and the Confederation Centre in Charlottetown. His works are also part of many public collections, notably those of the Art Gallery of Ontario, the Montreal Museum of Fine Arts, the Art Gallery of Hamilton and the National Gallery of Canada.

Gord Smith distinguished himself during the 1960’s as one of Canada’s leading sculptors. Trained in architecture and engineering, he has produced work in metal that reflects a mastery of technique and conveys great flexibility. The work Study “Canada Screen” Expo 67 was created during the Quebec Symposium of 1965, an event organized by the Ministère des Affaires culturelles du Québec which sought to enrich the collections of the Museum of Contemporary Art of Montreal. Bursting with diverse elements, it is representative of the artist’s desire to set movement within works that convey the transience and the intensity of life. It bodes as well certain qualities that recur in later works, such as the combination of rays and vertical beams which the artist incorporated in his massive, wall-like piece, entitled Canada Screen (1967), commissioned by the Canadian government for its pavilion at Expo 67.