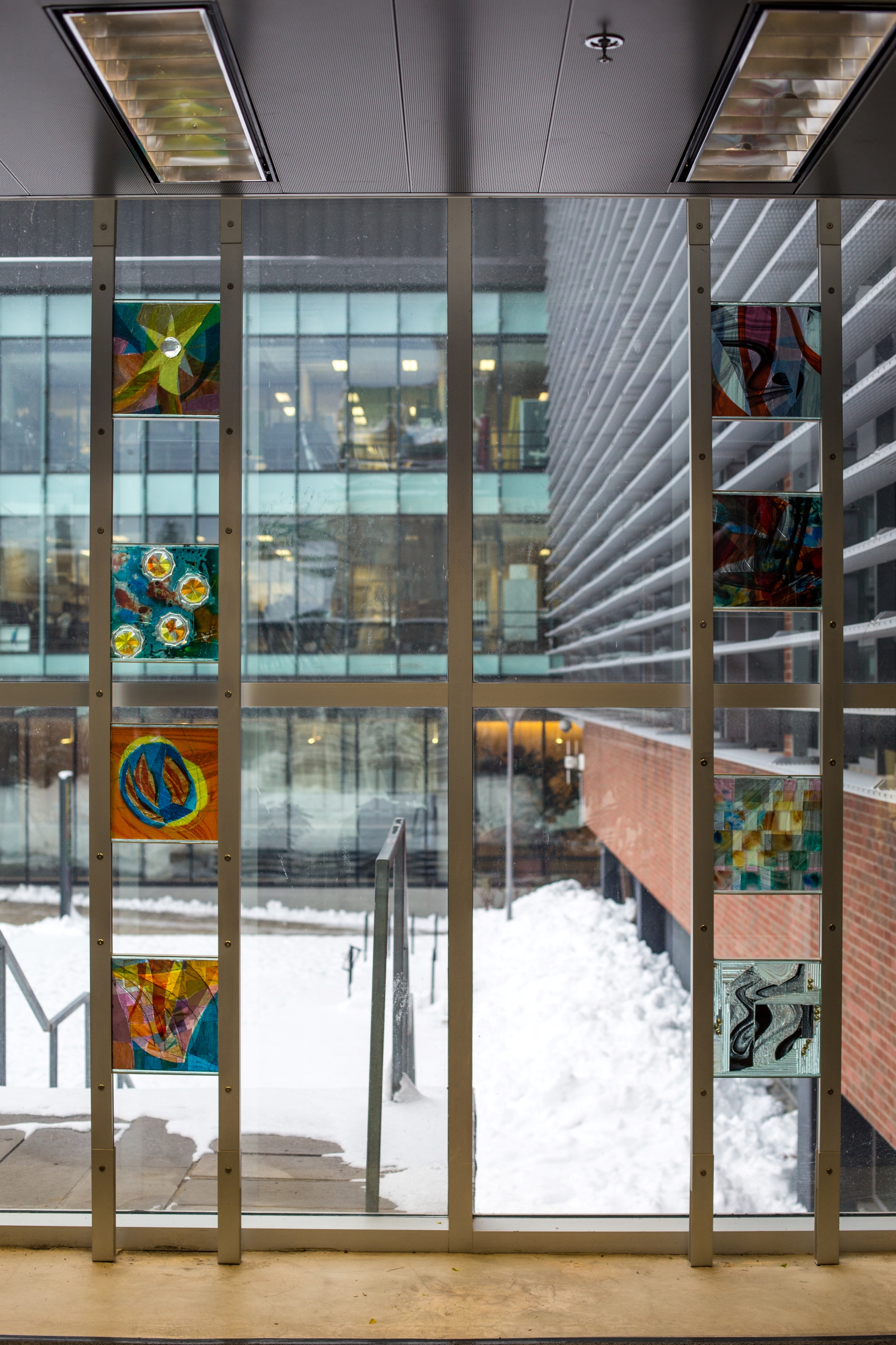 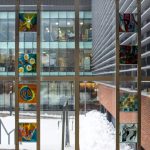 Eric Wesselow was a member of the Royal Canadian Academy and president of the Quebec Society for Education through Art, a voluntary association founded in Quebec City in 1955, the only Canadian national organization that brings together art educators, gallery educators and others with similar interests and concerns.

In 1960, the artist was commissioned to produce a mural of “light screens” at what is now known as Trudeau airport. On the basis of a paper submitted to Prime Minister Lester B. Pearson, Wesselow effectively pushed for the 1965 order in council that made it mandatory for a minimum of 1% of the costs for all federal buildings to go into visual arts display and acquisition.

The Wesselow system of layering glass so that there are no visible lead lines was named for him. He avoided mechanically mimicking engineered modern architecture while he considered the impact of the uniformity of contemporary art and architecture. Locating these eight glass panels in the Communications and Journalism Building also pays homage to the lectures Wesselow gave in connection with the writings of his close friend, Marshall McLuhan.