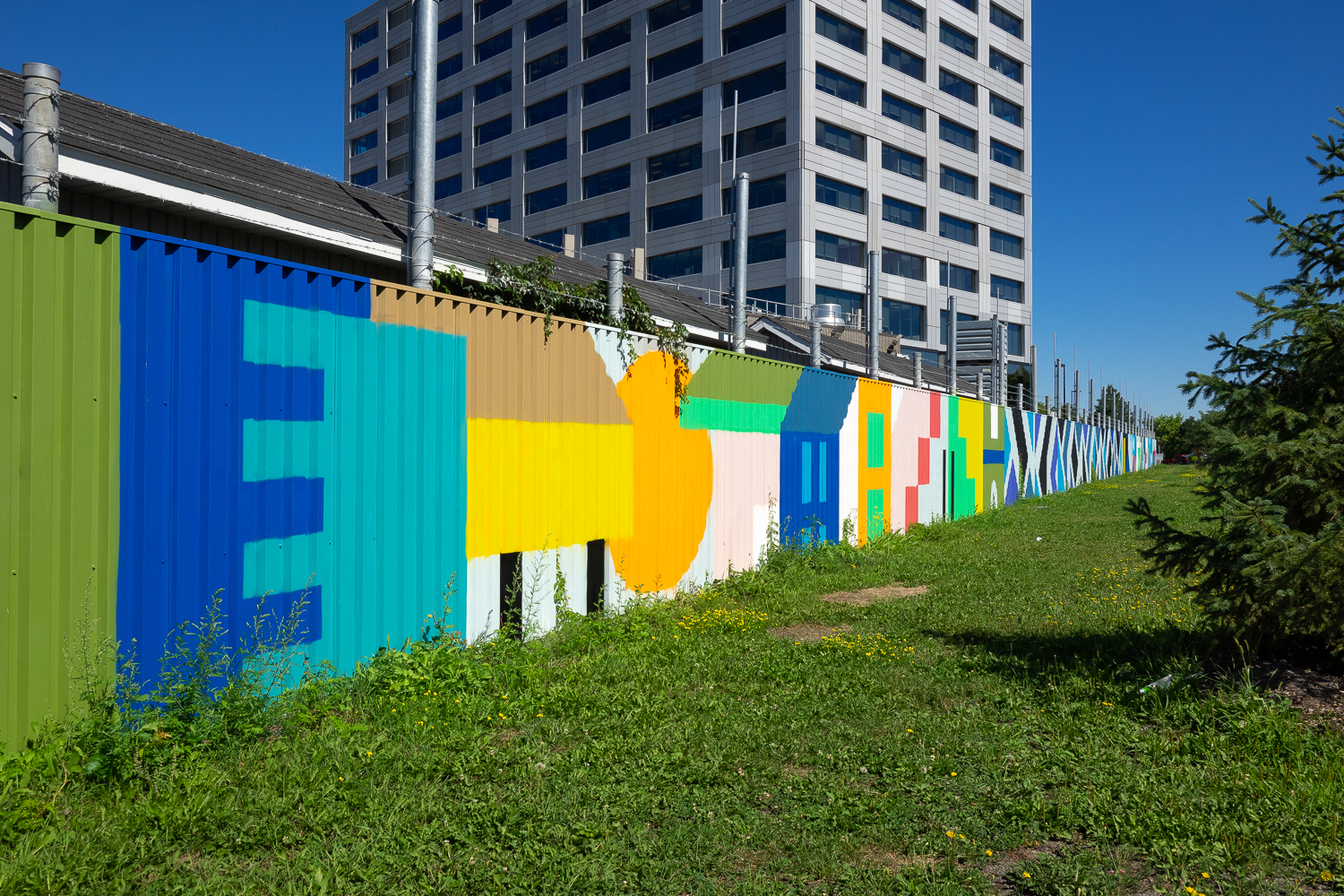 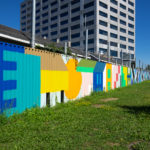 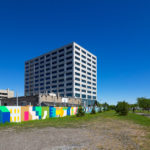 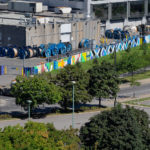 Stéphane Leclerc has a hybrid background, both in the field of art history and in design of the environment. He has a strong interest in public art and urban planning and teaches this discipline at the college level.

Hydro-Québec called upon MU to create a mural on the fence surrounding its building located at 600 rue Fullum.
The mural was designed by Stéphane Leclerc, who was assisted in its creation by the MU team and members of Café Graffiti.
His magnificent mise en lumière is a response to the illumination of the Jacques-Cartier bridge, located nearby.