Born into a family of makers of funerary monuments, Émile Brunet (Montréal 1893–1977) showed extraordinary artistic talent from a very young age, and he was awarded a scholarship by the Conseil des arts et manufactures du Québec when he was 14 years old. In 1920, he obtained a second scholarship that enabled him to attend the Chicago Art Institute. Three years later, he continued his education at the École nationale supérieure des beaux-arts in Paris, where he earned the title of “premier élève,” the equivalent of the Prix de Rome. In 1937, Brunet designed the Canadian pavilion for the Exposition universelle des arts et techniques de Paris. Among his best-known achievements are the monument to Sir Wilfrid Laurier (1927) on Parliament Hill in Ottawa and the statue of Maurice Duplessis (1977) on the south side of the National Assembly building in Québec City. 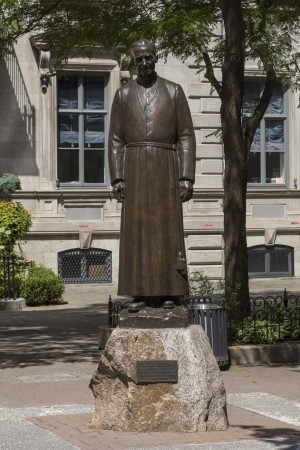 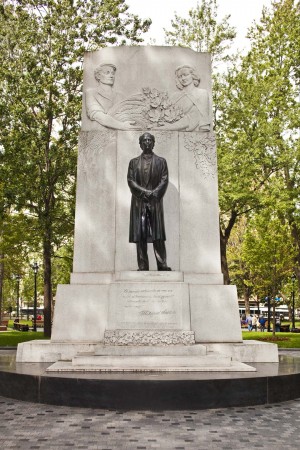