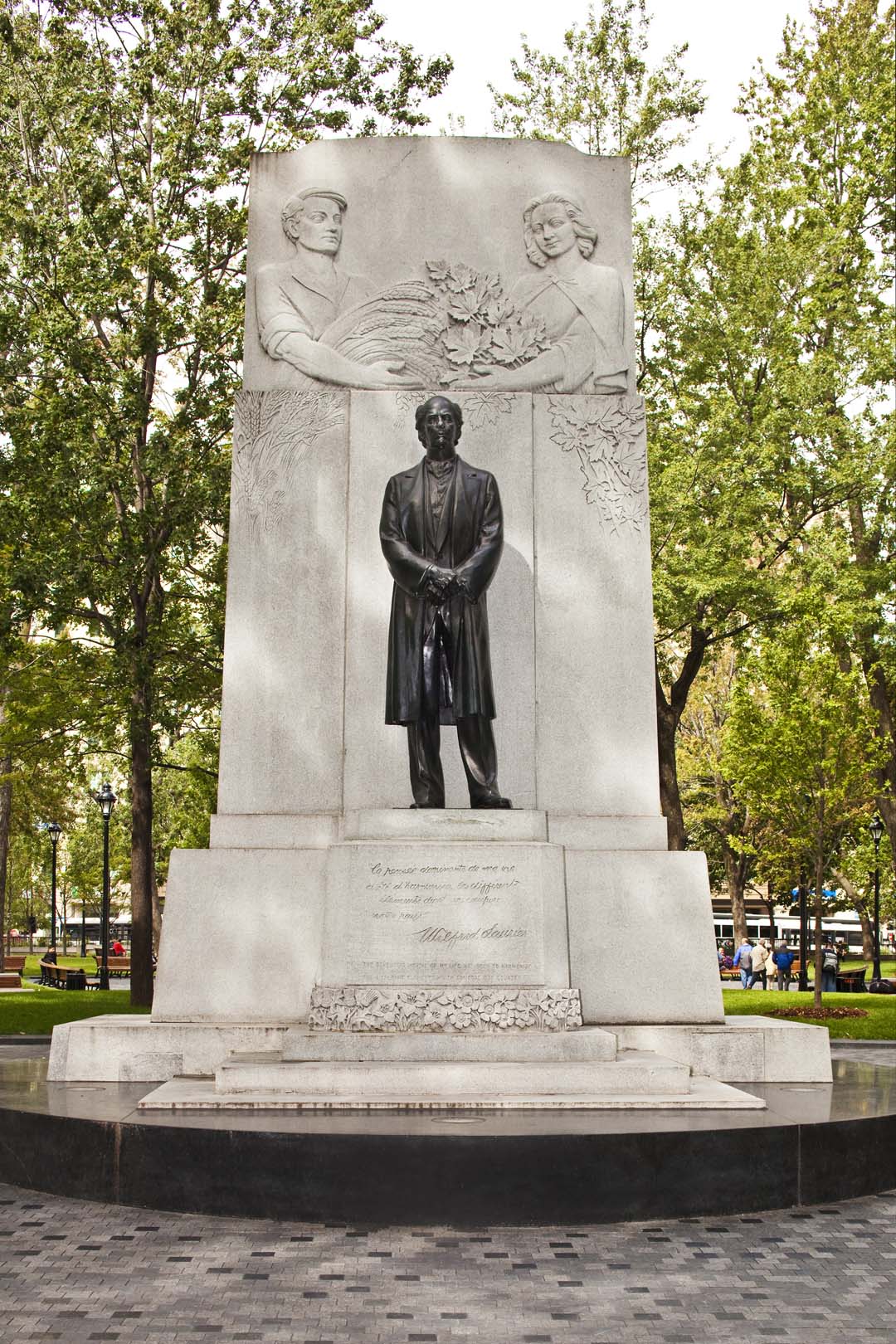 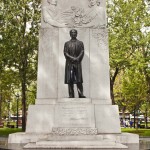 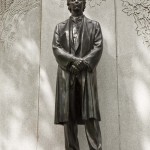 Born into a family of makers of funerary monuments, Émile Brunet (Montréal 1893–1977) showed extraordinary artistic talent from a very young age, and he was awarded a scholarship by the Conseil des arts et manufactures du Québec when he was 14 years old. In 1920, he obtained a second scholarship that enabled him to attend the Chicago Art Institute. Three years later, he continued his education at the École nationale supérieure des beaux-arts in Paris, where he earned the title of “premier élève,” the equivalent of the Prix de Rome. In 1937, Brunet designed the Canadian pavilion for the Exposition universelle des arts et techniques de Paris. Among his best-known achievements are the monument to Sir Wilfrid Laurier (1927) on Parliament Hill in Ottawa and the statue of Maurice Duplessis (1977) on the south side of the National Assembly building in Québec City.

The choice of site for this sculptural grouping was Dominion Square, now known as Dorchester Square. The monument faces the monument to Sir John A. Macdonald, Laurier’s predecessor as prime minister. Beside it is the Lion of Belfort, a monument marking Queen Victoria’s diamond jubilee. Laurier attended this event in London, where his eloquence brought him recognition as the first among the prime ministers in the British colonies. Near Émile Brunet’s artwork is the monument to Robert Burns, one of Laurier’s favourite poets.

The group of decorative elements on this memorial serve to illustrate the quotation by Laurier, reproduced on the pedestal, on bringing together eastern and western Canada. On the back of the monument, the coats of arms of the nine provinces that formed Canada under Laurier’s mandate are arranged in threes in an interlacing of branches. Two slender maple trees frame and enliven this presentation. On the front, symbolizing the union of eastern and western provinces, Brunet again uses the theme of the maple leaf, in the form of a bundle of branches held by a young woman, and adds the theme of western wheat, a sheaf of which is held by a young man. This imagery, typical of illustrations of the 1950s, bears some resemblance to socialist realism. At Laurier’s feet, a bed of flowers circles the monument’s pedestal. French lilies, Scottish thistles, English roses, and Irish clovers compose a bouquet emblematic of Canada’s four founding nations.