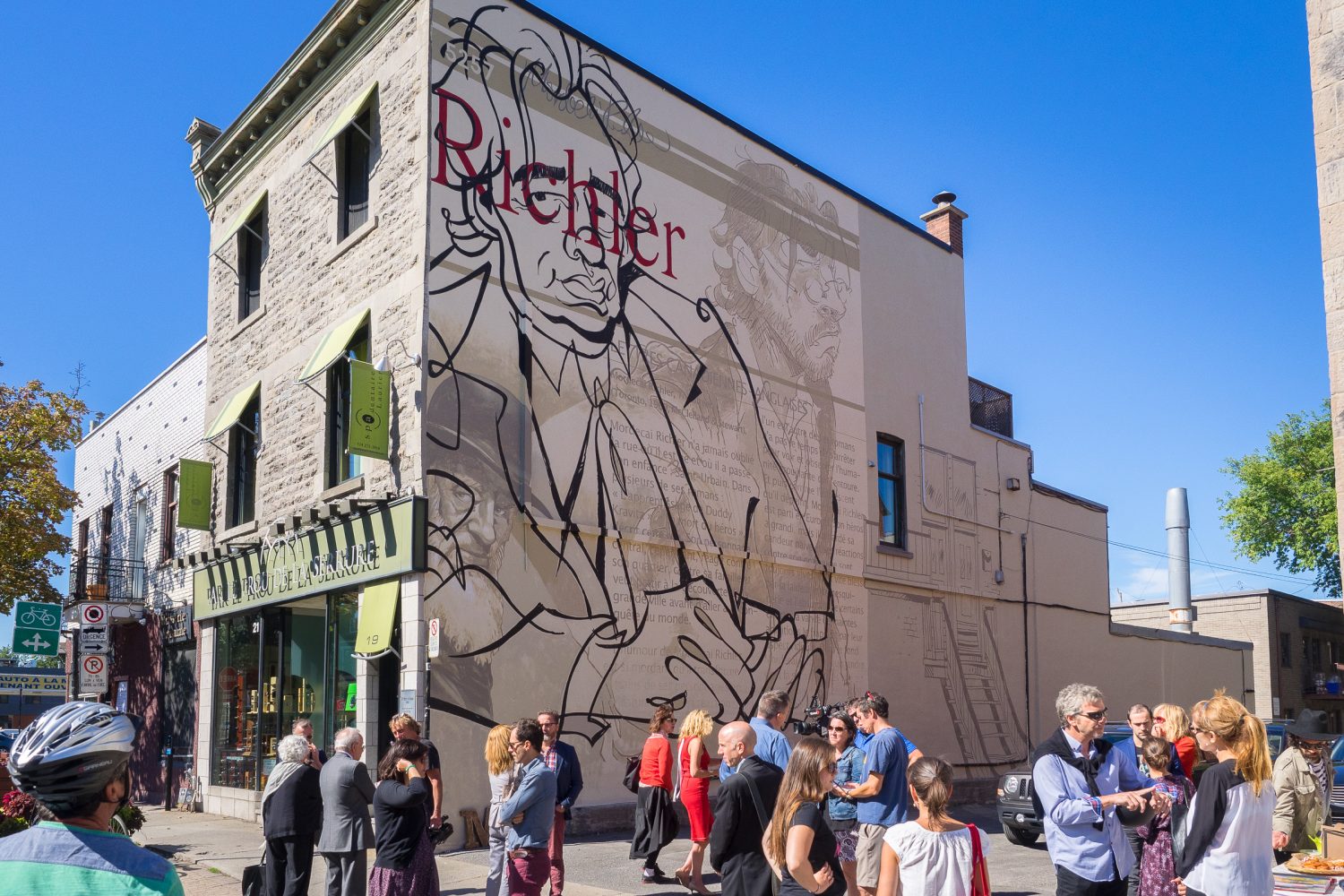 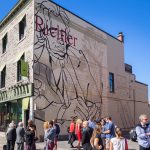 A multi-disciplinary artist, Dominique Desbiens starts in 1990’s in Montreal with cartoons by directing several publishing projects. He also works in illustration and design through the graphic conception of posters, book covers, record sleeves and editorial illustrations. In 2007, he publishes an art and poetry book “Il manque aux humains un prédateur” (Humans Need a Predator), in which his drawings, photographs, paintings, sculptures and murals illustrate his views. His journeys as a painter evolves through many exhibits and other events, including large scale public performances and live painting.

As part of the 15th anniversary of the passing of Mordecai Richler, and the 85th anniversary of his birth, MU wanted to pay tribute to the great Montreal writer. Novelist, essayist and screenwriter, Mordecai Richler is the author of ten novels, including Cocksure and St. Urbain’s Horsemen, both winners of the Governor General’s Award, as well as several screenplays, essays and books for children. These include the Jacob Two-Two series, which received numerous prizes. Mr. Richler was appointed Companion of the Order of Canada in 2001.

The mural is located on rue Laurier ouest, near rue Saint-Urbain, where Mordecai Richler grew up, and which forms the backdrop for many of his novels. The Mile-End Library, which was renamed the Bibliothèque Mordecai Richler in March 2015, is located nearby on avenue du Parc.

Painter Dominique Desbiens, and illustrator Bruno Rouyère were chosen to produce the mural. Over the years, the duo have produced many comics, paintings and murals both in workshops and in public.