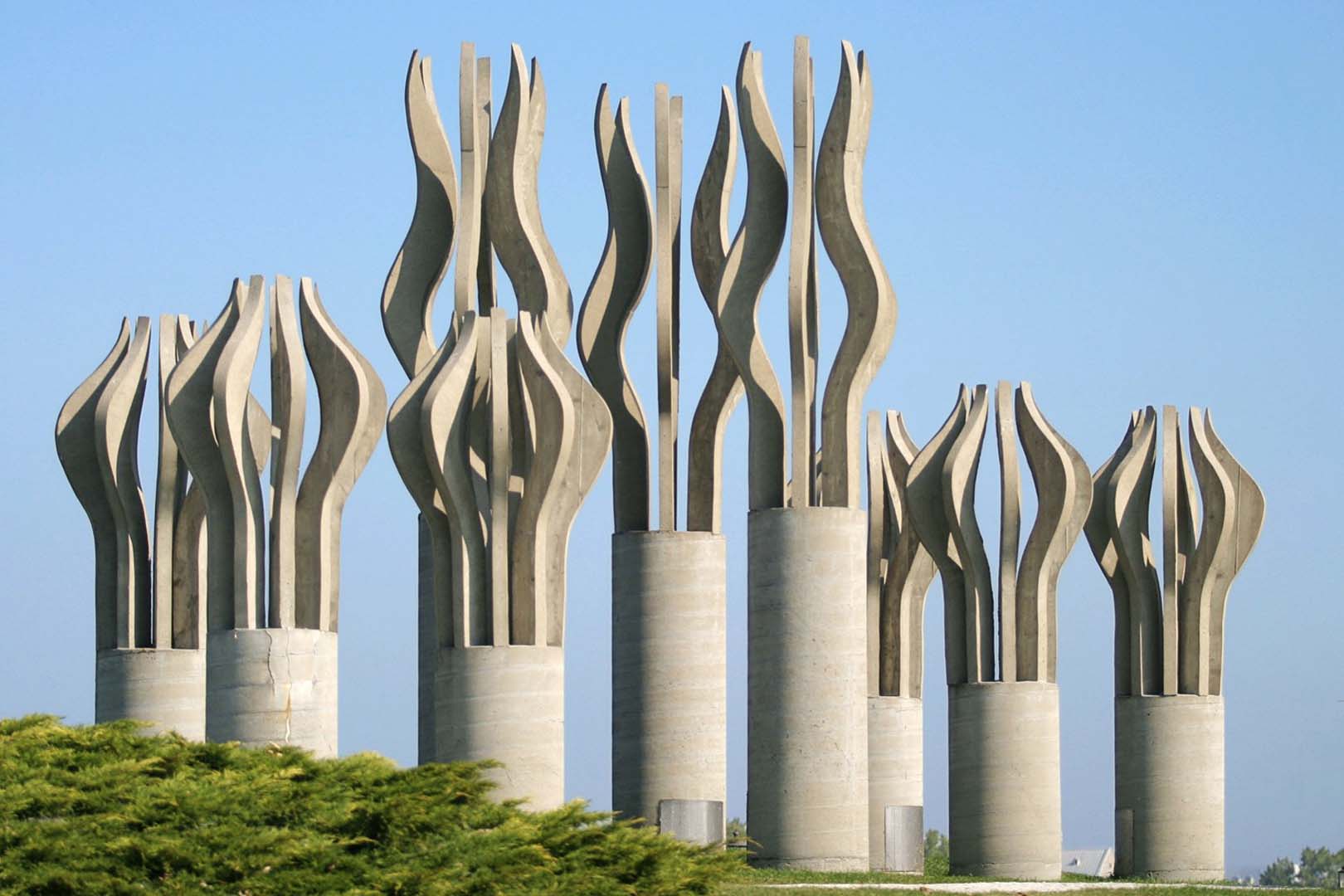 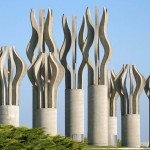 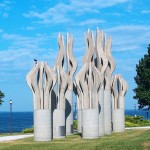 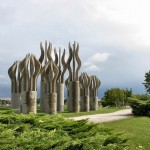 This artwork was commissioned from sculptor Robert Roussil by the Ville de Lachine, to commemorate René Lévesque’s political career. Installed in the park bearing the name of the former premier of Québec, the sculpture is a grouping of nine cylindrical concrete columns mounted on pedestals – one for each of the nine years that Lévesque spent at the head of the Québec government. The columns are topped with undulating shapes that simulate flames and symbolize beacons, symbols of ascension and affirmation. The columns have an integrated lighting system, and they stand out against the sky like chimneys spitting flames. This tribute artwork draws from Roussil’s formal repertoire; the undulating shapes resemble the slender points on the artwork La Grande Fonte (1973) and those in a grouping created for the Ville de Saint-Laurent in 1990. Working here in concrete, Roussil is able to create the same vibrancy that he had previously achieved with his artworks made of wood.