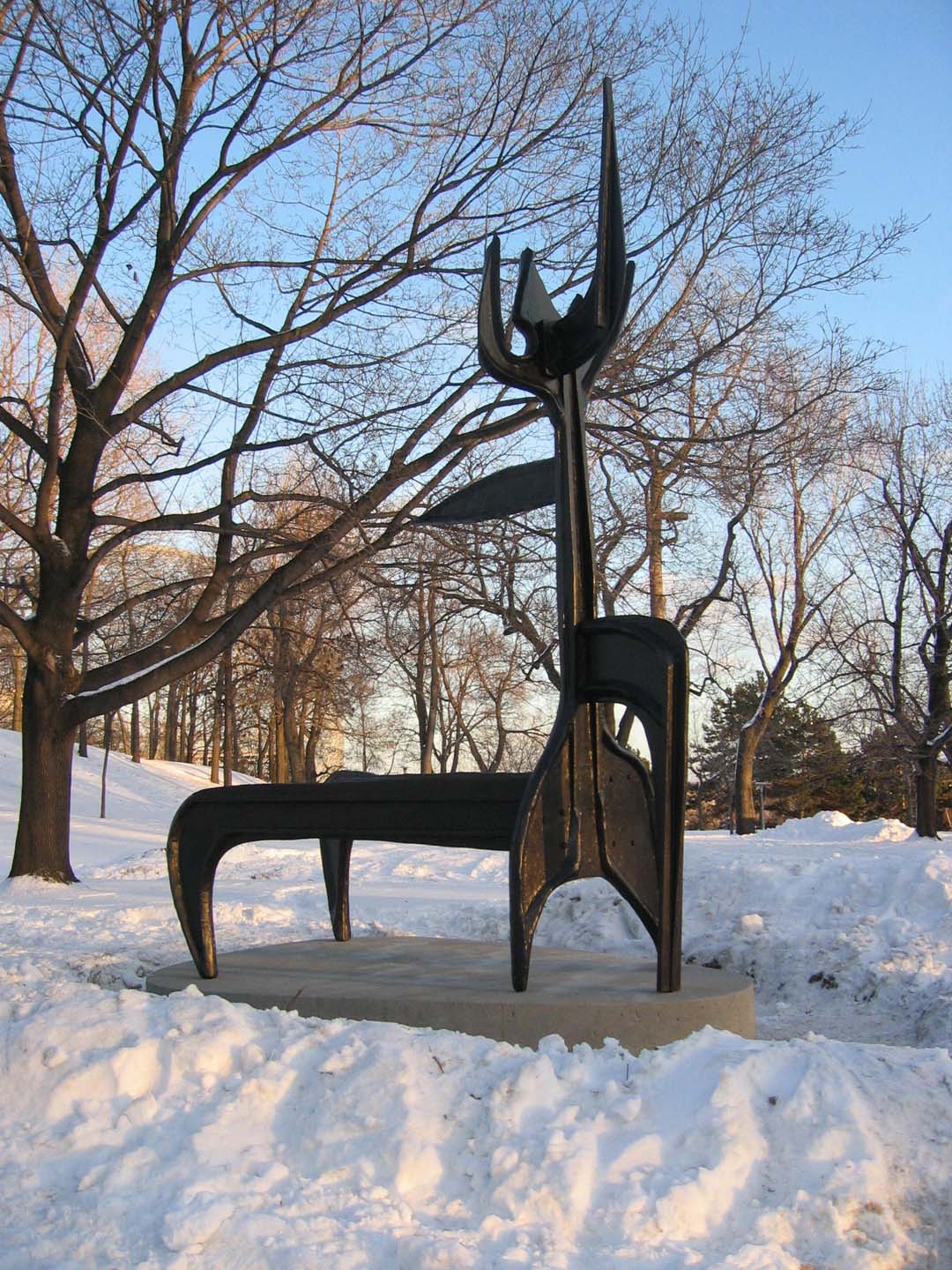 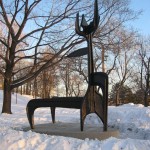 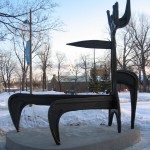 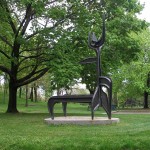 Migration is an abstract sculpture 4.65 metres high and 4.06 metres wide. With its curves, this sculptural composition of six pieces of bolted cast iron evokes forms that are either organic or animal, or mechanical.

The sculpture’s 11 points, anchored in the ground or pointing at the sky, form an axis between sky and earth, a transit between two forces, two worlds. From this oscillation emanates a double effect of stability and lightness that radically transforms the site.

In 2004, the artwork was restored and moved to enhance its visibility. It is now near Chemin du Tour-de-l’Isle in Parc Jean-Drapeau on St. Helen’s Island. This new site refers to its context for creation and its original vocation, both linked to Expo 67.