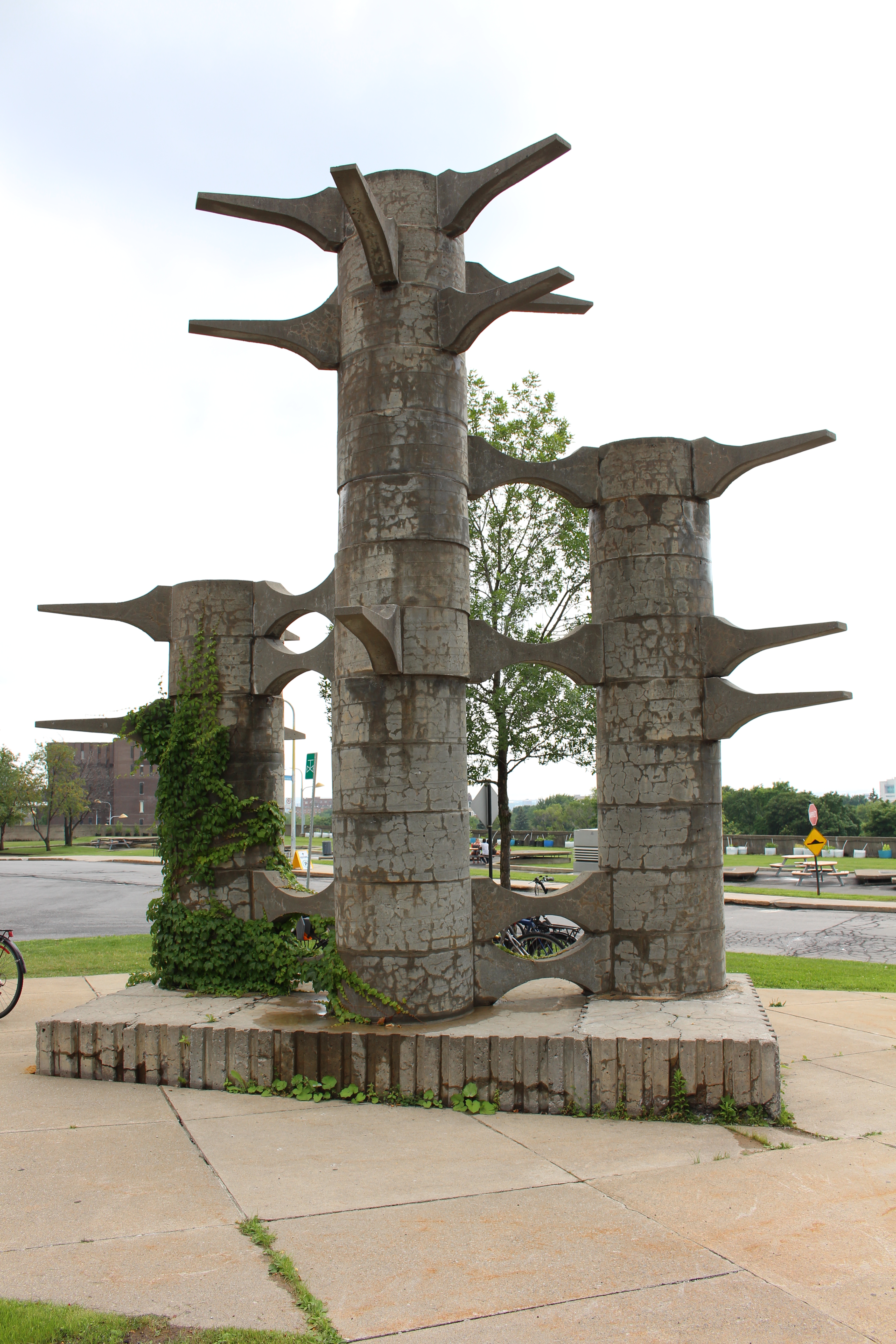 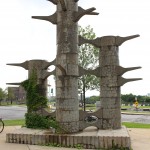 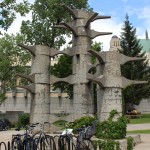 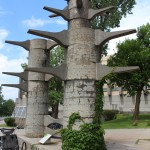 This monumental sculpture can be observed from far away. Three concrete columns, the tallest of which is more than eight meters high, are erected atop a fluted base. The cylinders have grooves that give the impression of rounds stacked on top of each other. The only ornaments are arrows which link the three columns and form arches which balance the sculpture. Other arrows point towards the cardinal points, relating the sculpture to its location in the intersection. The artist, who likes to work with raw materials shows his mastery of large-scale sculptures.
Roussil describes himself as a generous creator: he creates several models before sculpting his pieces. He uses engraving, ceramics, drawing and wood sculpting to make his grand projects a reality.
Some years before this project, the artist built large modular sculptures out of wood, a material which he masters. In this piece, he used the same approach with concrete. He tried to make it seem lighter by taking concrete’s intrinsic qualities into account and searched to find a balance between its density and the lines suppleness.
This untitled is the first piece of a series of sculptures followed by Hommage à René Lévesque (1988) in the park also named in honor to the politician, in Lachine. This piece is composed of nine torches spurting out of cylindrical bases illuminated from the inside. In 1990, Ville Saint-Laurent organized a symposium during which Roussil created another untitled sculpture which resembles the Hommage à René Lévesque by its crowns, but also the Univerisité’s untitled, by
its composition in a network form and its configuration on the ground.