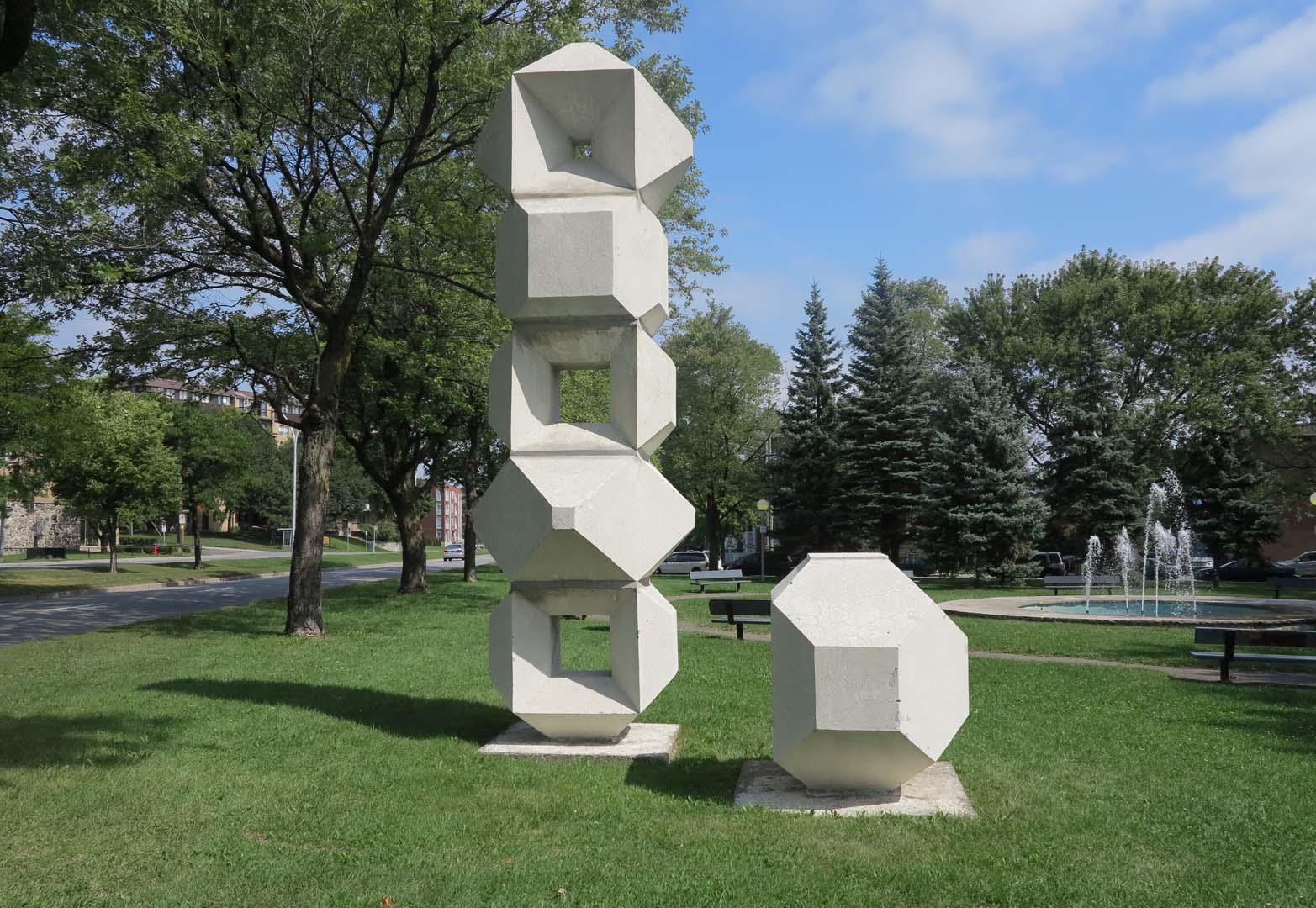 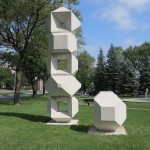 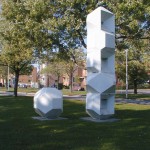 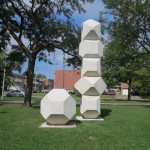 Situated at the intersection of Henri-Bourassa and Léger boulevards, the artwork is an abstract sculpture made of white-painted concrete. It is composed of two elements, the first of which is a column formed of five superimposed polyhedrons. They are composed of concave and convex planes three of which have square openings in the centre. The second element, a similar volume situated between the cube and the octahedron, one plane of which is concave, is placed beside the column.

In his early artworks, as can be seen in Hommage aux travailleurs, Granche was interested in modular systems and stacks. “Bringing out the sensuality of forms, the intelligence of stacks and the underlying systems seemed to me to be a way to establish basic communication with the viewer or collaborator. I imagined them as curious, capable of experimentation and adaptation to new morphological languages.”1