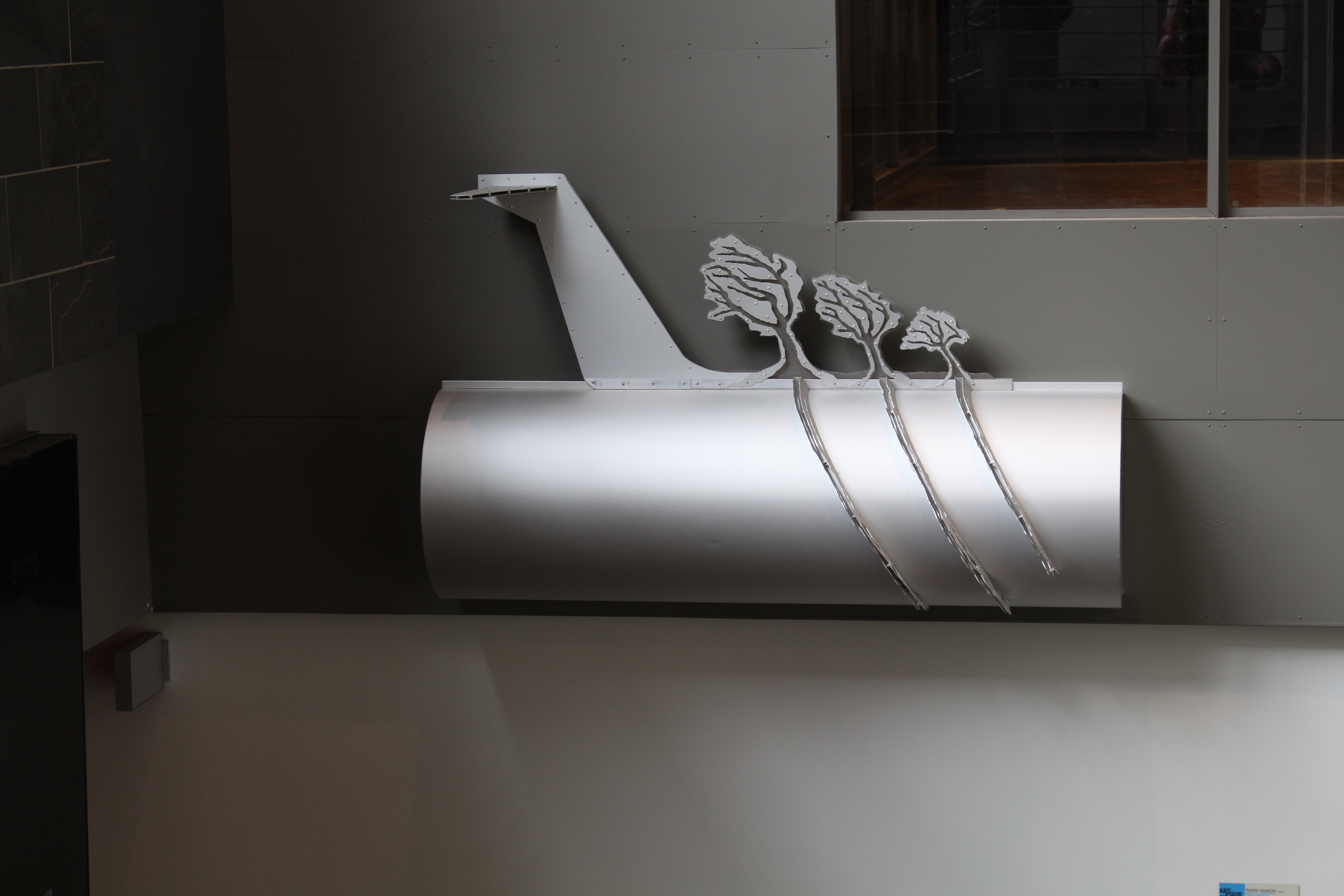 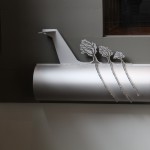 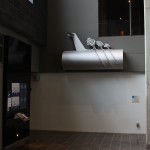 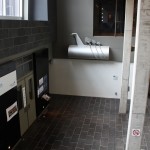 In 1993, Pierre Granche was invited by the Montreal Museum of Fine Arts to collaborate in a collective and international exhibit L’Art prend l’air : vol parallèle, from September 17th to the 26th, directed by the Musée d’art contemporain museum curator Louise Déry.
While accepting the theme of the exhibition, which would push Granche to create links between art and airspace, he also takes the museum itself into account for his piece. Five elements are therefore included in the multi-leveled environment of the stair enclosure.
Following his exhibit at the Montreal Museum of Fine Arts, the artist chose to keep but one element of the installation, which he modified slightly in order for it to be hung on a wall. The collaborators to this project were his students: Natalie Dionne, Katherine Paré, Gisel Saint-Hilaire, Nicolas Beaudry et Léo Dumont; the latter was his assistant for almost all his pieces.
In this piece, the element in question is a suspended cylinder in one extremity that evokes an airplane wing and three trees that appear to be twisted by the wind. Ventis, a possible reference to the piece’s title, is defined by ”trees destroyed by the wind”. The trees gain thickness by the assembling of three sectioned metal sheets. The artist fiddles with cutting the top layer and experimenting with the grill’s transparency, thus creating a shadow effect cast on the wall. The slightly inclined metal half-moons add a windy effect to the sculpture as a whole. The piece rests in front of the Centre d’exposition since Gisel Saint-Hilaire donation’s to the University de Montréal of the Fonds Pierre Granche (Pierre Granche’s archives).