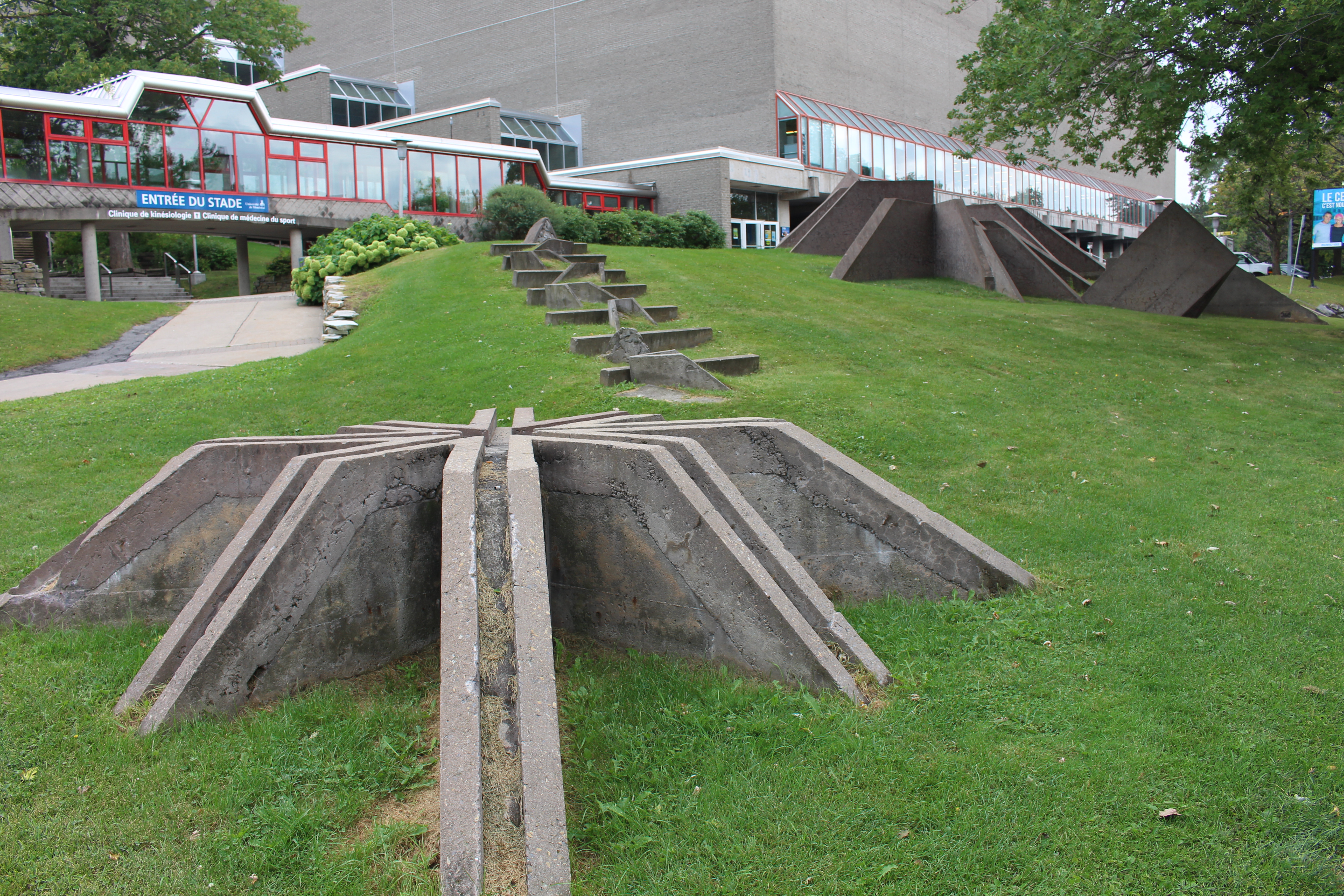 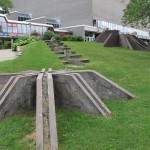 The section on the right depicts a truncated pyramid. Pierre Granche frequently uses the pyramidal shape. In pre-Colombian art, the truncated pyramid is a symbol for the mountain and of the relation between land and sky. The artist hints to Mount Royal located behind the buildings. This truncated pyramid is divided in a star-shaped manner in eight equal parts. Soil and grass blend into the surrounding surfaces between the parts.
The second section is composed of a 45 foot-long diagonally traced outline which shows 8 elements that form a 45 degree angle with the sidewalk. It resembles a staircase with eight individual steps. The numbers engraved on the concrete blocs indicate the elevation level in relation with the sea level in feet.
The third part is also composed of eight very large elements which are projected into space – a sort of organized chaos. The artist described it as a ”conceptual jointed-disjointed representation of the truncated pyramid”.
The sculpture is the fruit of a dialog between the configuration of the site (topography), the site’s natural properties (topology), the building and its use. Pierre Granche used the site’s materials: concrete, wood, grass and stone. The truncated pyramid, a recurring shape in his work, is deconstructed in this piece. The sculpture not only refers to geometry, but also to one of its symbolic significance: the learning and the human beings’ transformation.