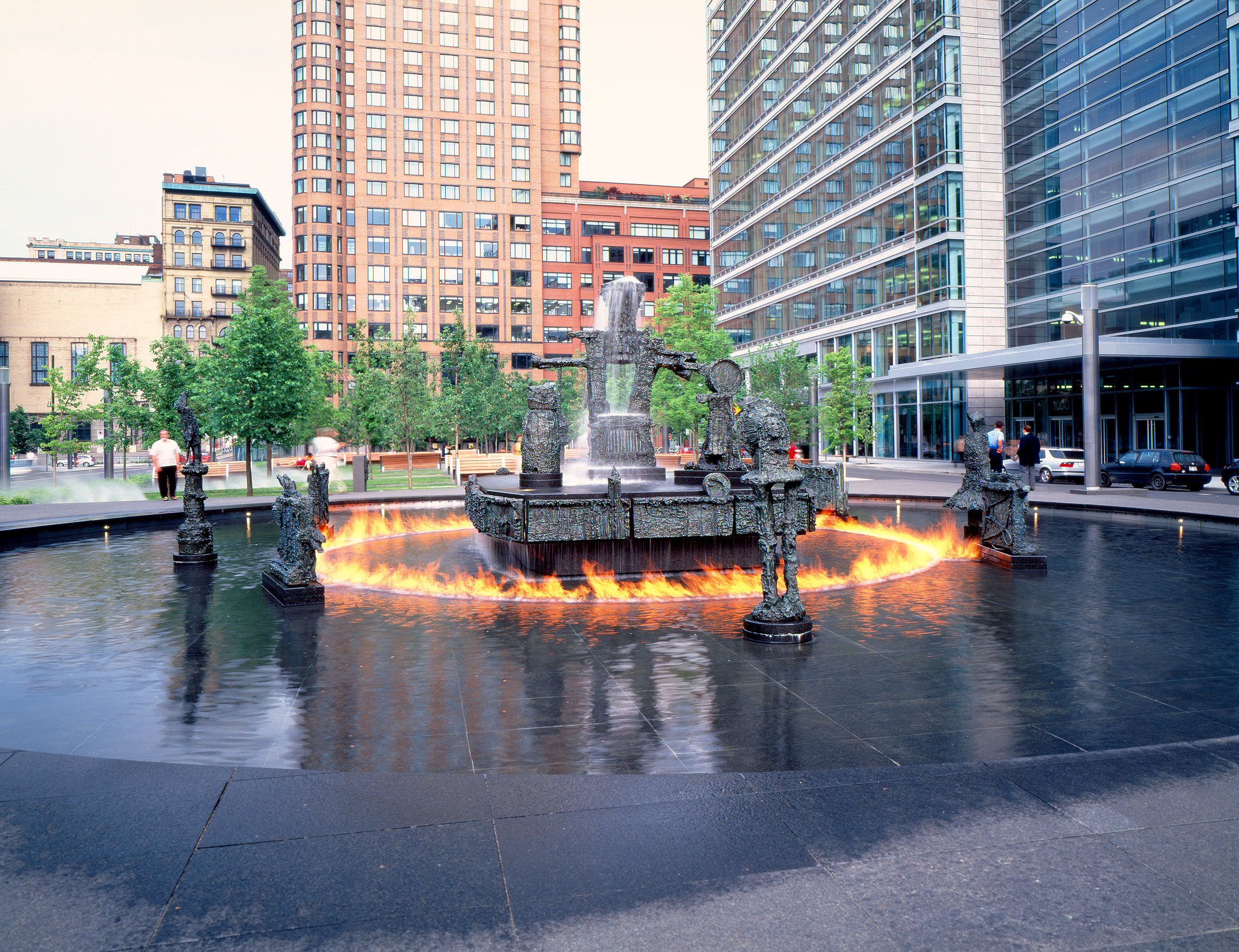 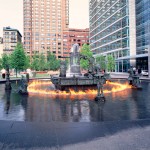 The only fountain-sculpture made by Riopelle (1923−2002), La Joute, 1969-1970 (cast circa 1974) is an imposing sculptural grouping located in the Quartier international de Montréal. Initially installed at Montréal’s Olympic Park for the 1976 summer Olympic Games, La Joute has stood, since 2004, in the square dedicated to the artist. The 30 elements that surround the “Tower of Life” depict various animal and mythological figures that marked this great artist’s childhood and imagination, including the Owl, the Fish, the Bear and the Dog. Since it was reinstalled, the work has included a circle of fire, as Riopelle originally envisioned. During evenings from mid-May to mid-October, flames rise in a fantastic show of mist and light.

Philippe Schnobb
“The arrival of this piece by Jean-Paul Riopelle to the Quartier international raised questions but it is undeniable that this location placed it in the limelight in a spectacular fashion. The permanent installation and the circle of fire that illuminates at night allow visitors from around the world to appreciate this great artist.”