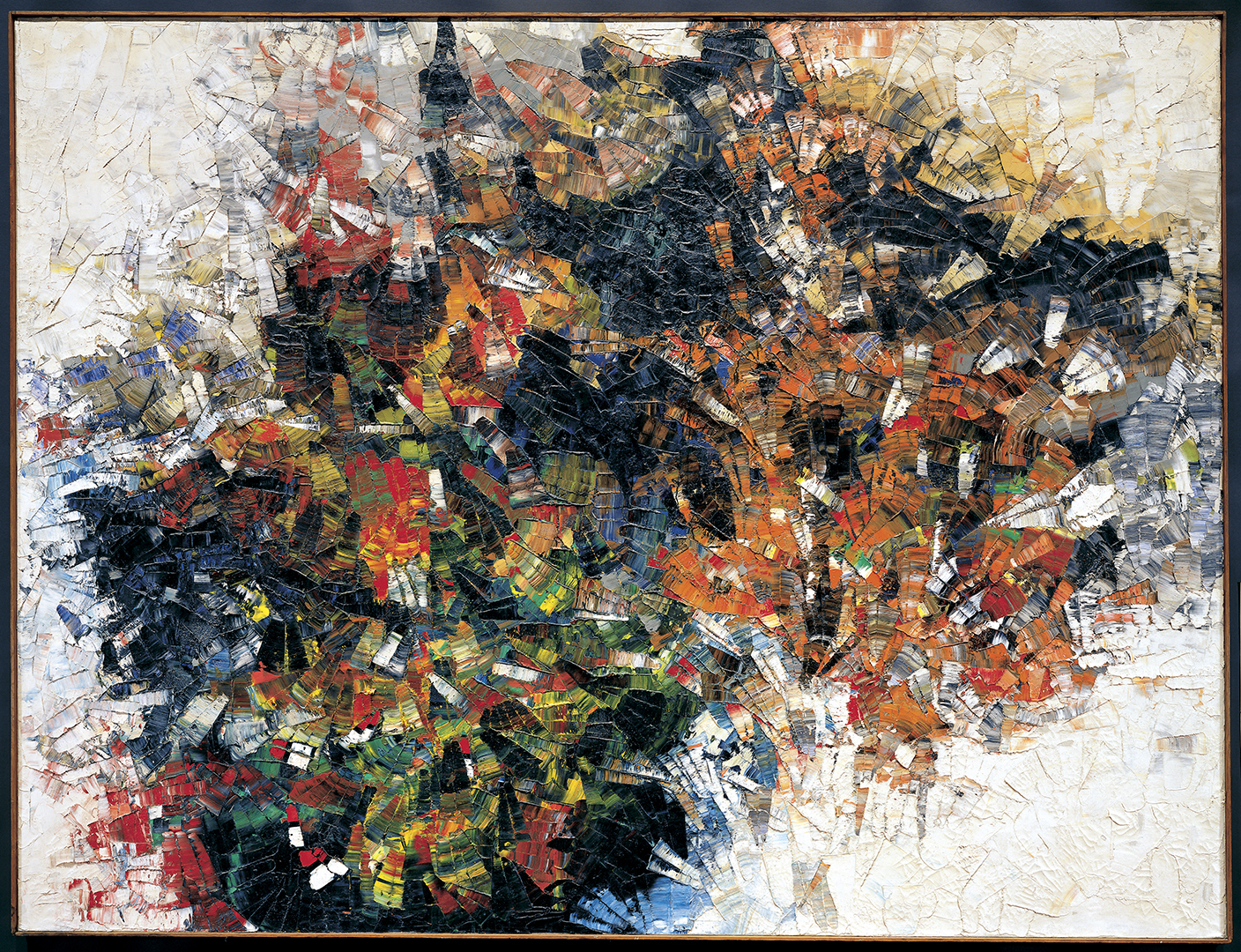 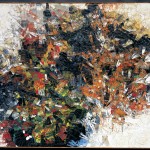 The artwork produced in 1954–55, presented for the first time at the Kunsthalle in Basel, Switzerland, is considered one of the most beautiful examples of Riopelle’s classic “mosaic” period of 1954–55, alongside pieces such as Pavane (NGC), Autriche (MMFA), and Poussière de soleil (MQ). Breaking with the homogeneous occupation of the surface characterizing his production of 1952 and 1953, Riopelle reintroduced a semblance of composition by dividing the surface, under the accumulated effects of knife cuts, into large zones of different colours; the palette, with its ochres and half-tones, seems to have been acclimated to the French influence. La roue presents a large dark zone surrounded by white, thus forming a fragment of a spiral or wheel. The raw energy of his previous paintings has given way, here, to an effect of dizzying movements that peter out toward the right and are enhanced by the dark mass overflowing beyond the edges of the work.