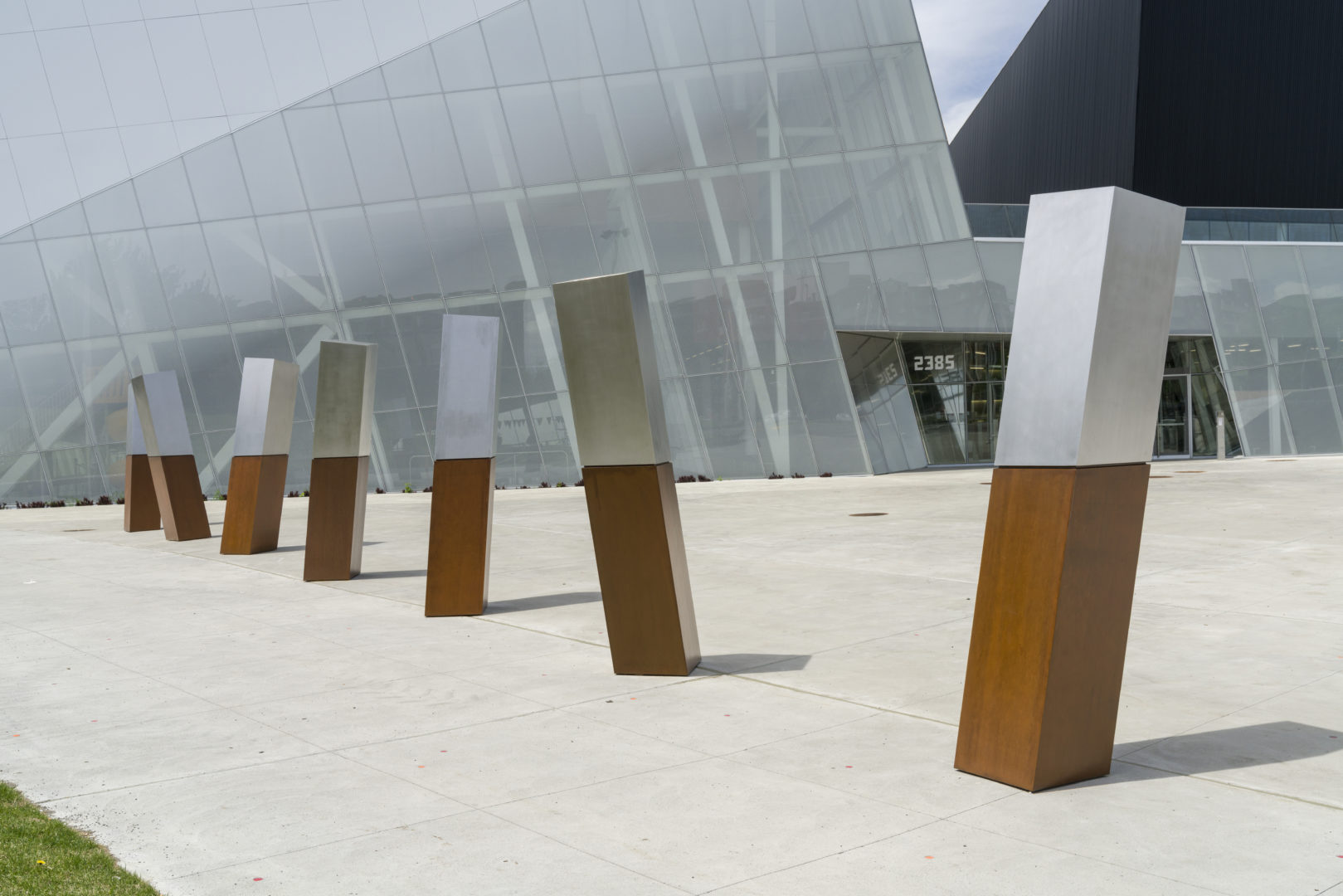 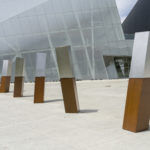 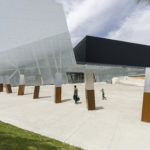 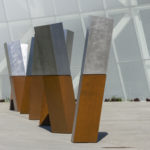 Born in Sainte-Agathe-des-Monts, Mathieu Gaudet is a painter and sculptor who lives and works in Montréal. Self-taught, his early practice was involved with drawing; he then moved to painting when he took courses at Concordia University. His work has been exhibited in Canada and internationally. His works are found in a number of private and public collections including that of the Musée d’art contemporain de Montréal.

Seven monoliths are placed at regular intervals along an axis in the square between the Complexe sportif de Saint-Laurent and the Émile-Legault building of École secondaire Saint-Laurent. Identical in size and materials, the monoliths are distinguished from each other by their rotation and slight leaning. Through this repetition and the subtle departure from their axis, the monoliths in Les Environs offer a reflection on movement. The succession of pillars and the sequence that they represent suggest the rotational movement of the athlete, evoking the Discobolus, an emblematic figure of ancient art history. As an image, the artwork can be seen as related to chronophotography, a technique that consists of decomposing a movement or a physical phenomenon into different temporal components.

The encounter of the two materials that form the vertical elements – the upper parts are stainless steel and the lower parts are weathering steel – creates an eye-level demarcation. This horizontal crossing, perfectly level from one monolith to the next, becomes a reference point for the public. Thus, independent of their positioning or how they move, viewers are led to consider the relationship established among the artwork, their own bodies, and the surrounding buildings.