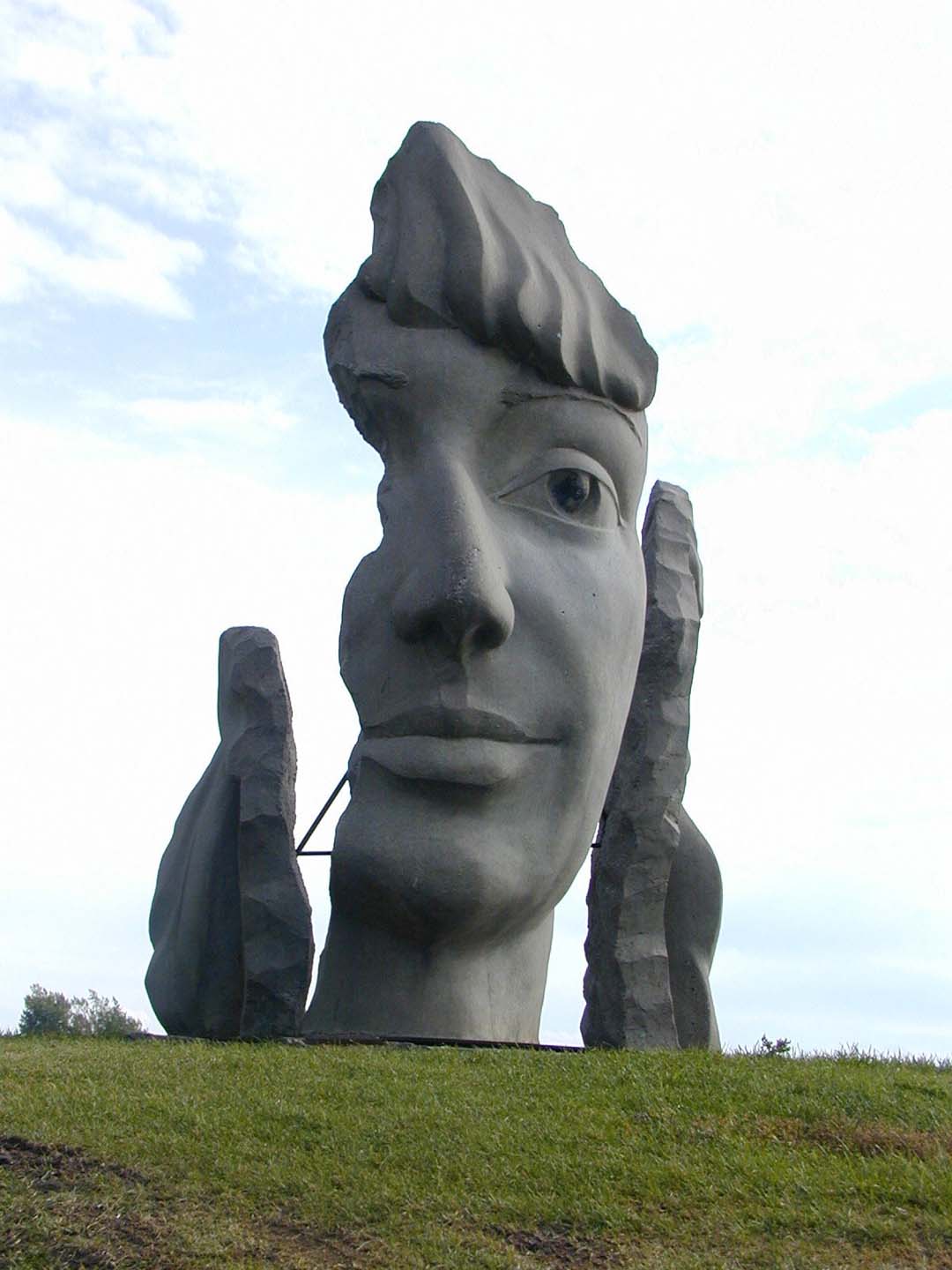 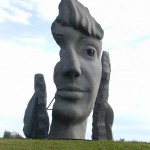 Sculptor and modeller Jules Lasalle lives and works in Montréal, where he directs the studio Attitude enr. In 1979, he completed a bachelor’s degree in visual arts at the Université du Québec à Montréal. From 1981 to 1983, he undertook a number of sculpture internships in Paris at establishments such as the École nationale supérieure des arts appliqués, Les Ateliers Hervé Cappelli, and the Ministère de la Culture. He has produced a number of other works of public art in Montréal, including Hommage à Marguerite Bourgeoys (1988), on Rue Notre-Dame East, and Monument à Maurice Richard (1997), at the entrance to the eponymous arena.

Posed on the shore, the artwork evokes the enormous sculpted heads on Easter Island. The immense head, with the face of a woman with an enigmatic smile, is fragmented into three parts. Her single eye, staring into the distance, has a hollowed pupil – a detail reminiscent of Greco-Roman statuary.

Like the vestiges found in archaeological excavations, this face is composed of fragments that viewers must mentally complete if they wish to reconstruct the portrait as a whole. Aside from its large format, this sculpture’s impact resides, paradoxically, in its missing parts that make it possible to glimpse the surrounding landscape. The changing colours of nature are contrasted against the whiteness and stillness of the face.

Jules Lasalle’s works convey the notion of the passing of time. In a way, they form objects of commemoration, as the artist produced a series of three-dimensional portraits of people he knew in the 1980s.