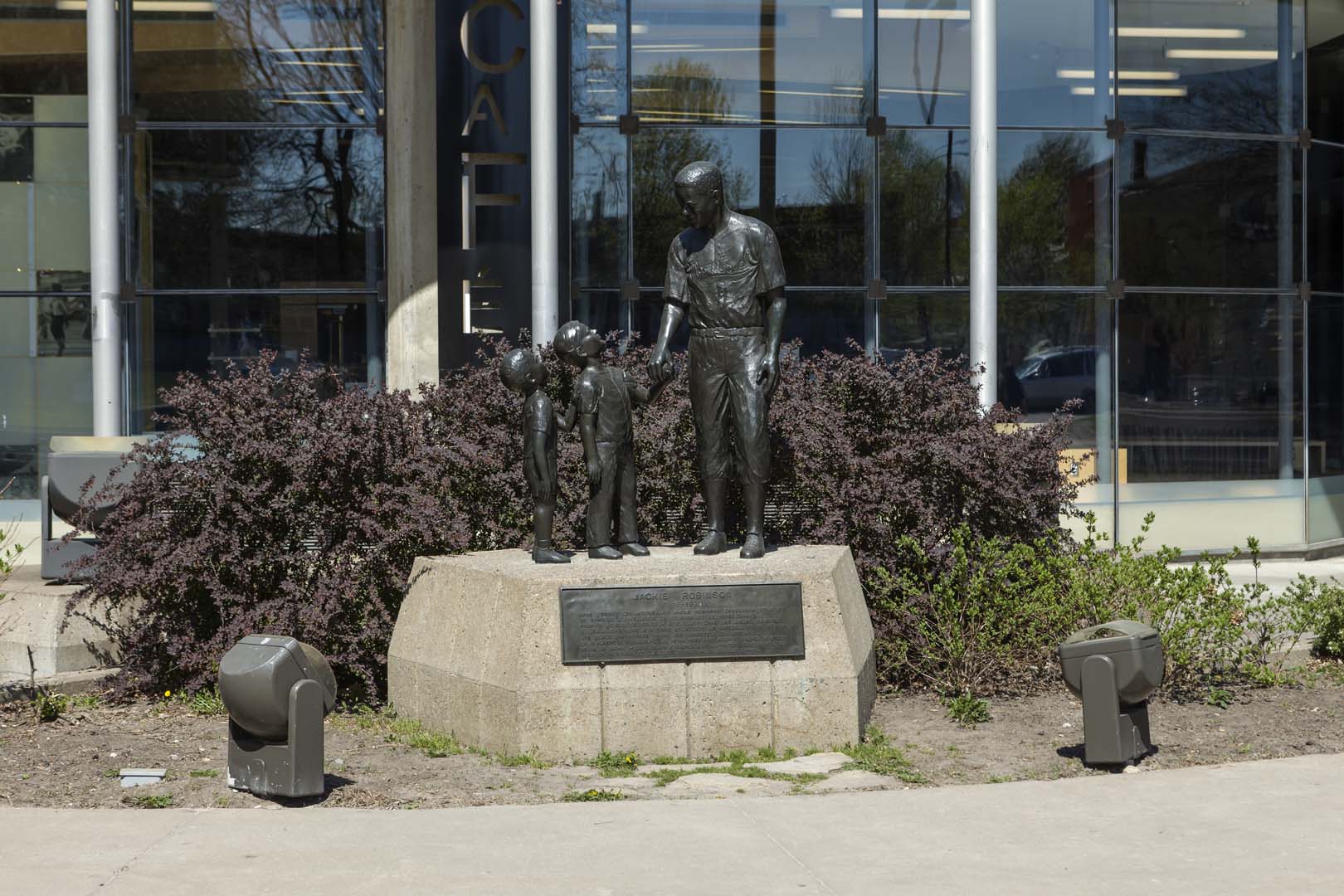 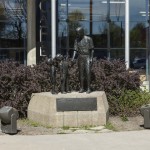 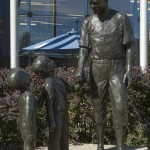 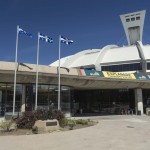 Sculptor and modeller Jules Lasalle lives and works in Montréal, where he directs the studio Attitude enr. In 1979, he completed a bachelor’s degree in visual arts at the Université du Québec à Montréal. From 1981 to 1983, he undertook a number of sculpture internships in Paris at establishments such as the École nationale supérieure des arts appliqués, Les Ateliers Hervé Cappelli, and the Ministère de la Culture. He has produced a number of other works of public art in Montréal, including Hommage à Marguerite Bourgeoys (1988), on Rue Notre-Dame East, and Monument à Maurice Richard (1997), at the entrance to the eponymous arena.

This artwork commemorates the 40th anniversary of the arrival of the first black player in professional baseball. It is composed of three bronze statues – of a man and two small boys – installed on a concrete base. It portrays Robinson giving a ball to one of the boys. The composition of the statuary group plays on two registers: that of the admiration for Robinson and that of his human qualities.

Robinson was always a great civil rights activist, and this theme is highlighted by the presence of two children, one white and the other black, who are both admiringly trying to catch the attention of their hero. The three figures in the group are placed on a basis of equality. Furthermore, the scale and the familiar scene make the figures easily accessible to viewers.