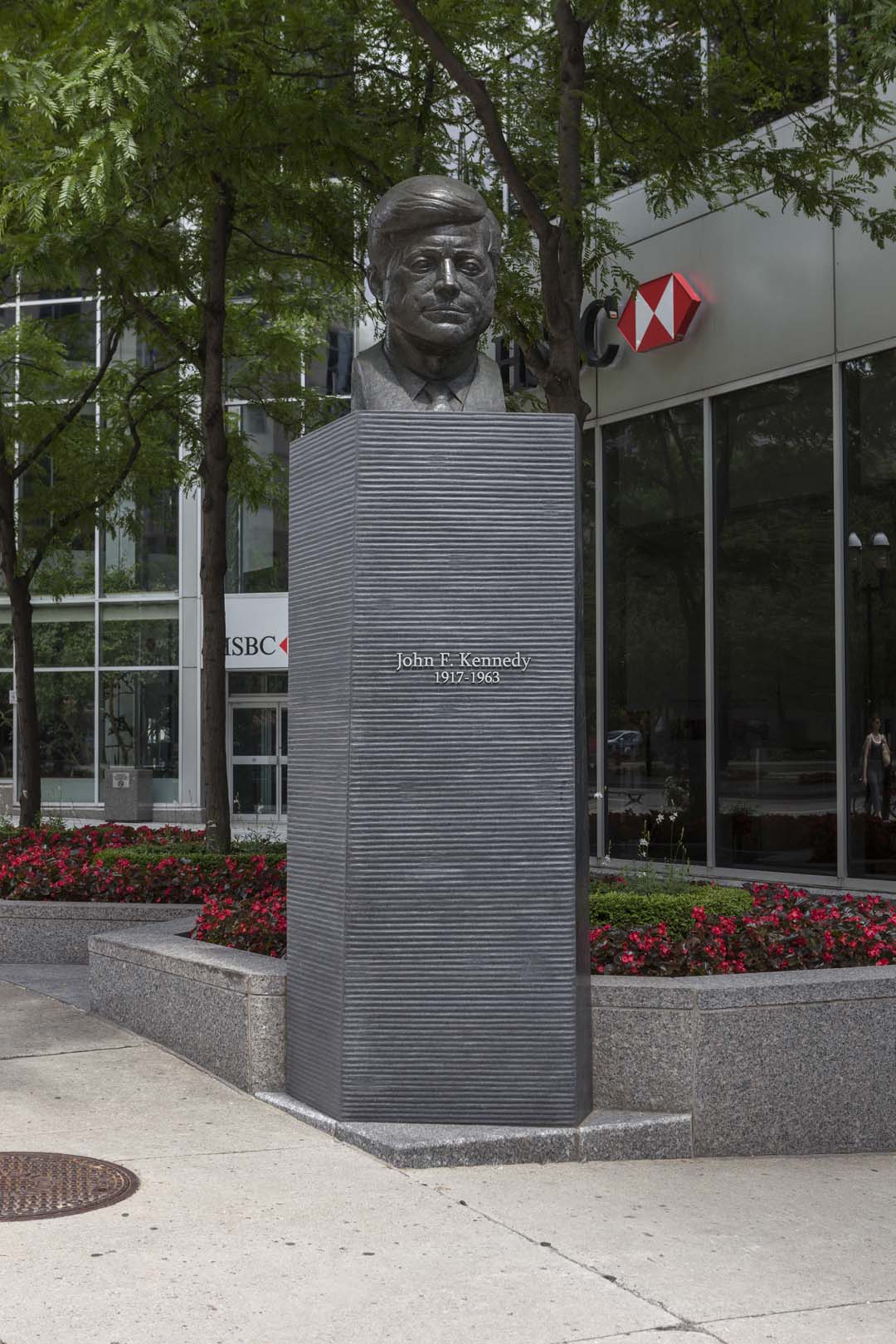 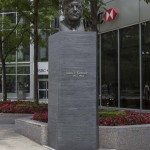 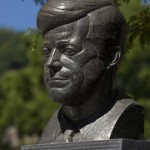 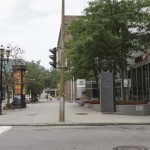 Born in Hungary in 1919, the Canadian sculptor Paul Lancz studied at the Budapest School of Fine Arts and worked for three years with the internationally renowned Hungarian sculptor Szigmond Kisfaludy Strobl. Lancz moved to Canada in 1956. Much of his production consisted of busts of well-known politicians and artists. In 1967, he presented a bust of Israeli prime minister David Ben Gurion to the Israel Pavilion for the Montréal World Fair. Among the other busts that he produced were those of eminent Montréal figures, including Abraham Bronfman, Armand Frappier, Alexis Nihon, and René Lépine. He died in Montréal in 2005.

Tour
Walk among the skyscrapers

This monument commemorates the 35th president of the United States, John F. Kennedy. In 1986, the Hungarian-born Canadian sculptor Paul Lancz was finally rewarded for years of effort to find a permanent site for his artwork. Almost 20 years after it was produced, it was installed on Avenue du Président-Kennedy. In 2011, the statue was moved to a different site on the same street due to development of the Quartier des spectacles. Sponsored by the Birks Family Foundation, this bronze bust, sitting on a granite pedestal, is a portrait of the charismatic public figure eight times larger than life size. It is regarded as a reminder of the international vocation of the Ville de Montréal. With the permission of the president’s widow, a copy of this bust was first put on exhibit in the Kennedy Library at Harvard University in Boston, the president’s birthplace.