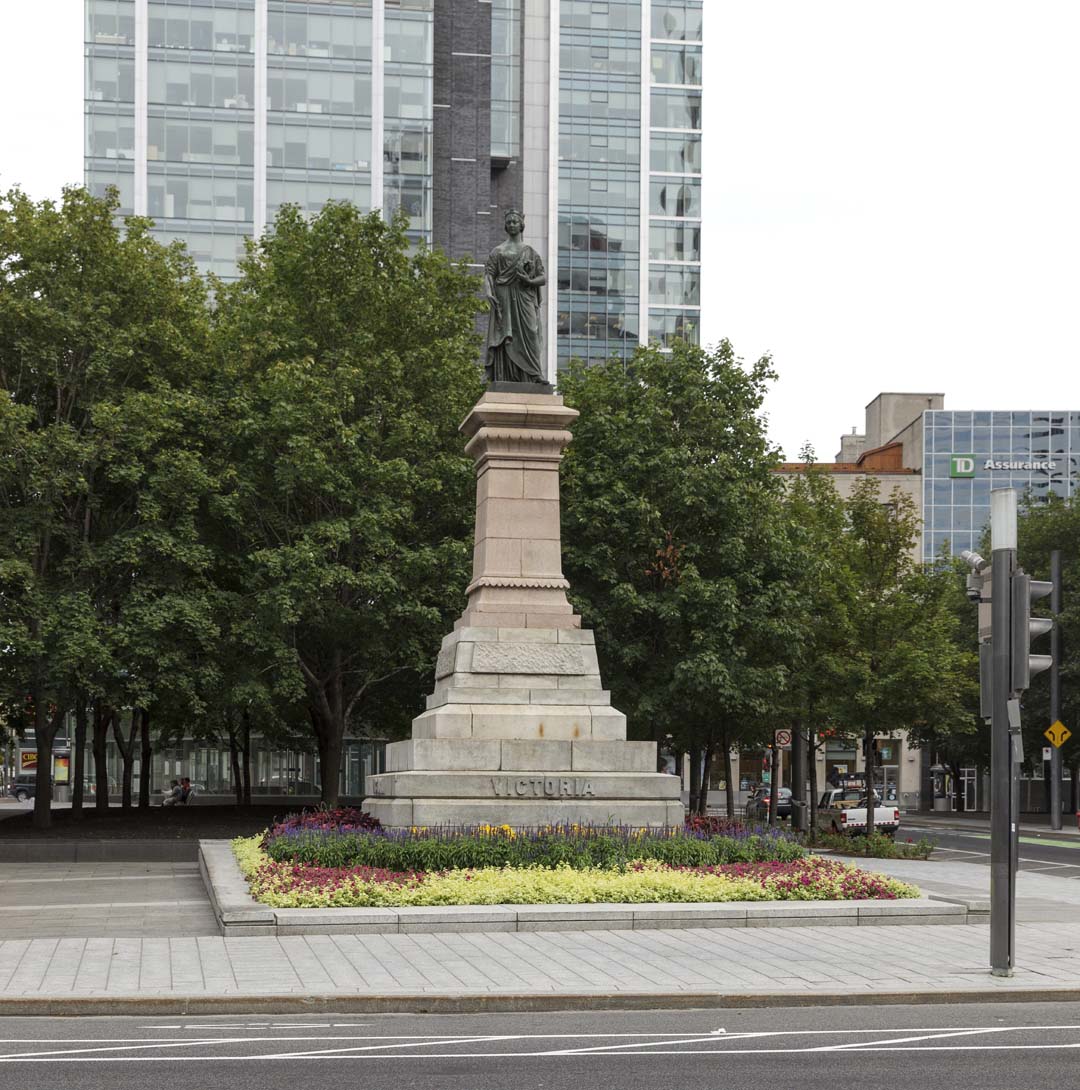 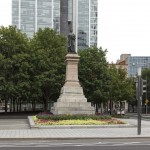 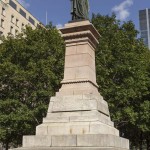 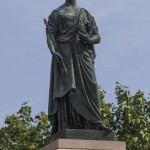 Marshall Wood, born in 1820 in Manchester, England, began to work professionally in London in 1854. His career took flight in 1867, when his sculpture The Song of the Shirt was exhibited at the Salon of the Paris World Fair. The event provided him with recognition throughout Europe and ensured commissions from the colonies and other continents, including that for the statue of Queen Victoria in Montréal. From 1871 to 1873, Wood lived in Canada, where he produced, among other things, the funerary monument erected by the Honourable P.-J.-O. Chauveau, leader of the Senate, to the memory of his three daughters in the Ursulines Chapel in Québec City, as well as a number of busts. Wood died in Brighton, England, in 1882.

Ten years after Victoria Square was created, a visit by a member of the royal family, Prince Arthur, afforded the opportunity to launch a public subscription for the purpose of erecting a monument to Queen Victoria in the square named after her. The commission was awarded to the London sculptor Marshall Wood.

The artist portrayed Victoria in 1837, when she was ascending to the throne at age 18. Unlike models inspired by classicism, in which royal figures were portrayed as divinities invested with superhuman powers, Wood presents a head of state who is slender, even fragile, in a pose that is simple and solemn. This portrayal of Victoria corresponds perfectly to the symbol of dignity that the queen embodied for her subjects. She is adorned with her royal attributes: she wears the royal crown with five lilies, an element that recalls that France ruled England for centuries. In her dignified pose, she carries in her left hand, at chest height, a laurel crown, and her right hand bears her sceptre, a symbol of royalty. This monument was the second commemorative monument erected in Montreal, after the Nelson column (1809).