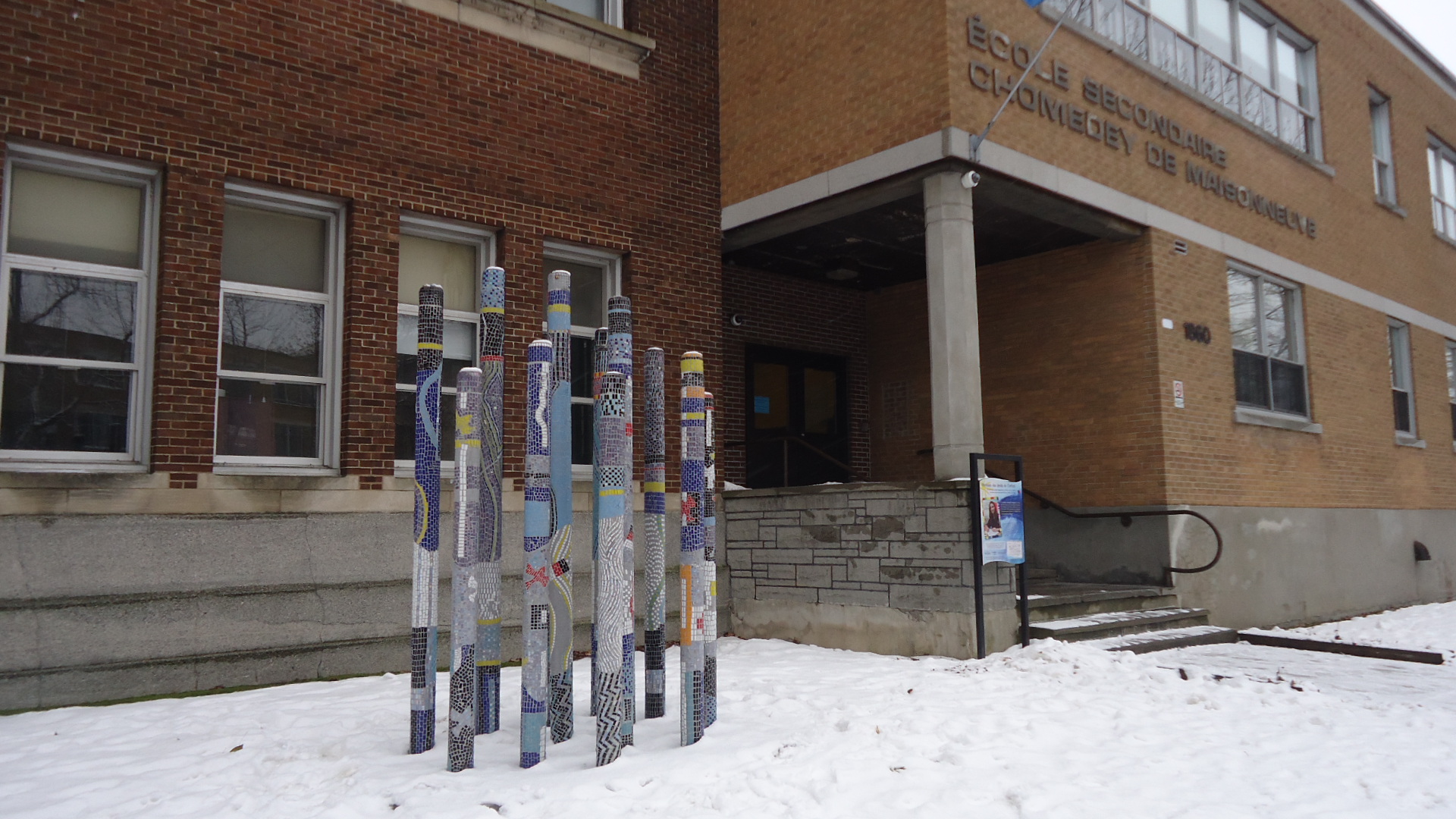 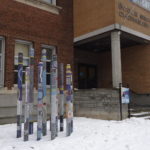 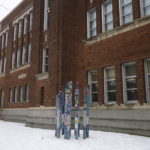 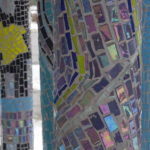 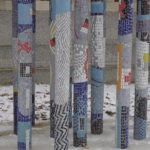 Mosaicist Laurence Petit lives and works in Montréal. This self-taught artist has been part of mosaic studios in Montréal, Philadelphia, Barcelona, San Francisco and Chicago. She is a member of the Conseil des métiers d’art du Québec and has directed several collective public art projects with the MU muralist organization. As a mosaicist, she regularly facilitates mosaic studios in schools, and in response to private commissions.

This exterior sculpture is comprised of fourteen rods of varying heights. It is prominently installed on a concrete slab in the space in front of the school. The rods are covered with diverse and complicated linear networks, forming geometric shapes and schematic bird forms, all in vibrantly coloured mosaic. Concrete, paste and mosaic were used. The pieces were cut out and attached. Mosaicist Laurence Petit is also known by the pseudonym “Gogofrisette”, including by Secondary One students at the école Chomedey-De-Maisonneuve, who all participated in the mosaic project during the 2018-2019 school year.

On the initiative of visual art teachers, the artist and students created the sculpture under the Culture à l’école program of Québec’s education ministry. The artist had previously worked in the same school. The many mural mosaics installed inside that she created are not accessible to the public, due to concerns for student safety. Creation of the exterior sculpture group was part of the policy of many school principals to invite external professional artists. As part of an educational project launched in 2001, they are asked to create art, either permanent (such as this example) or ephemeral.

This project was made possible thanks to the Centre de services scolaire de Montréal, which is the largest of Québec’s school service centres. Located in the heart of the metropolis, it moves to an urban beat and big-city challenges. The network includes more than 210 schools and administrative buildings. In 2000 the CSSDM launched a research project with the Université de Montréal architecture school to document and publicize its educational architectural heritage. Results included an architectural heritage inventory, heritage studies, and publications including an action handbook focusing on conservation.

In 2011, a focus on public art led to surveys and studies of its artwork, both exterior and interior. This collection continues to grow from year to year. It is important that the artwork in the school-centre collection become better known because the pieces help enrich many dimensions of cultural life in the school setting.