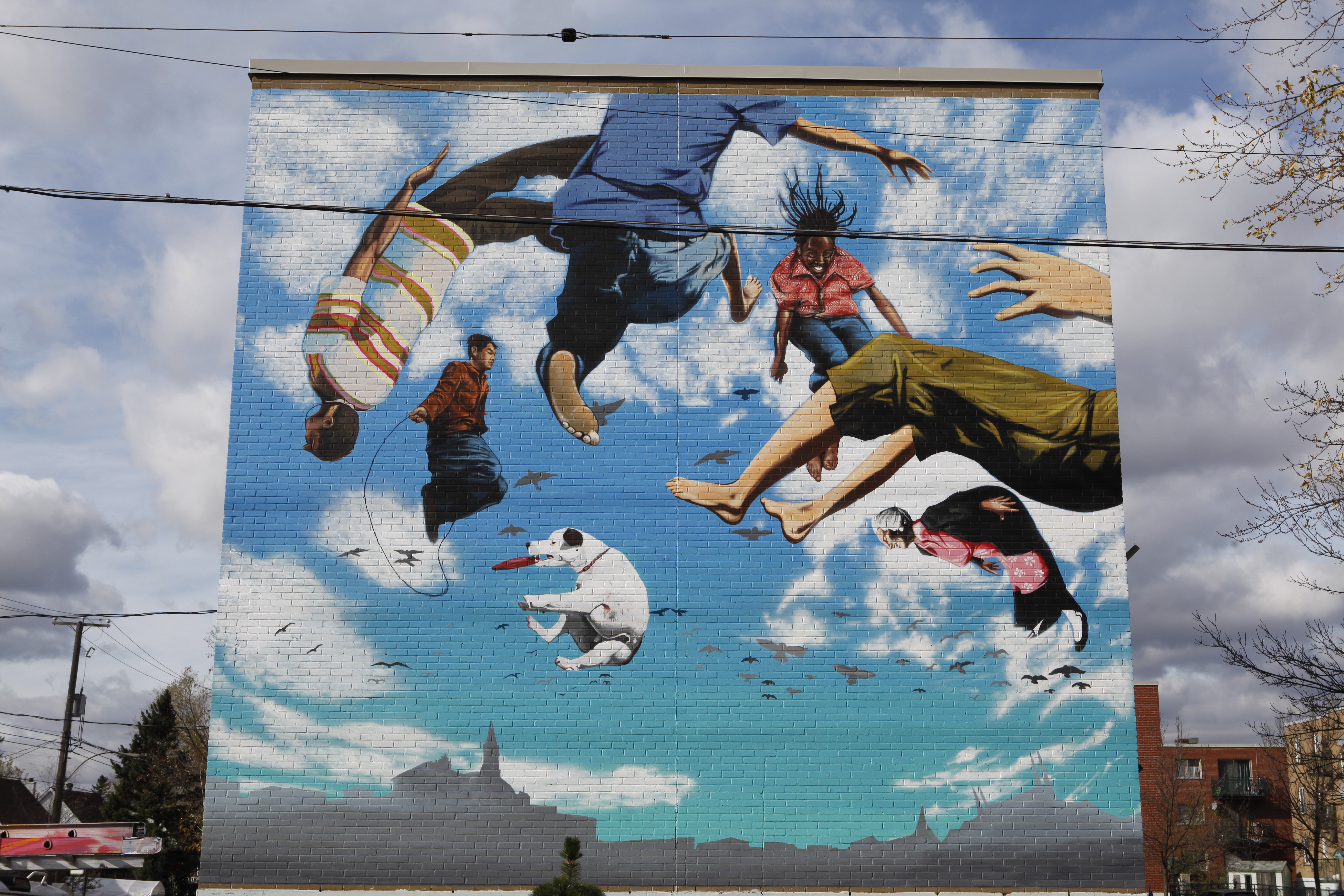 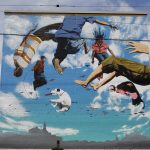 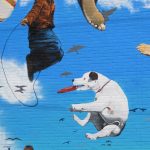 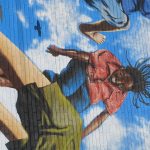 Gene Pendon has a Bachelor degree in Fine-Arts (drawing and painting) from Concordia University. In 1998, he co founds Heavyweight Production House (HVW8), now based in Montreal and in Los Angeles. He also co creates the Heavyweight Art Installation, an international project that partners live painting to music and to urban cultures.

The mural St-Michel Celebration, produced by MU on the occasion of the 100th anniversary of the Saint‑Michel neighbourhood (1912-2012), is the creation of artist Gene Pendon (assisted by Pascal Foisy-Lapointe). The artwork depicts characters from different cultures and ages in a joyful scenery, channelling the importance of the neighbourhood as a land of hope. The cityscape at the bottom of the mural is a testimony of St-Michel, from its beginnings until today. We can see the first church of the neighbourhood (1912-1950), original parish house from Villeray moved to St-Michel in one piece on wood logs! The circus tent illustrates the importance of circus arts in St-Michel’s renewed identity. The mural embellishes the neighbourhood while engaging its residents in a vibrant tribute towards the future!