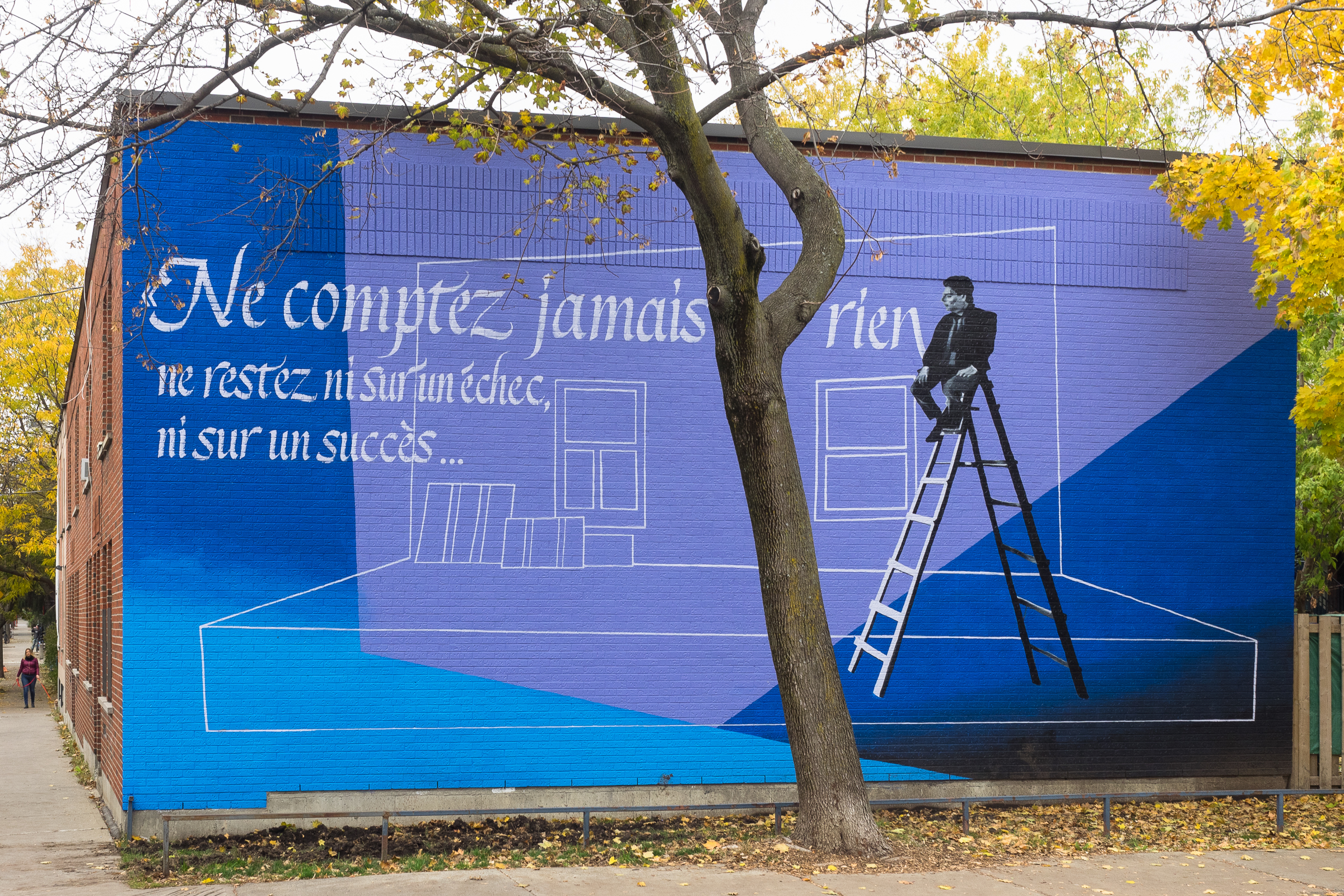 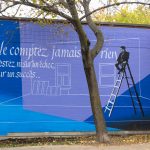 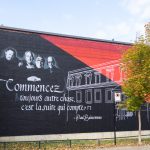 Gene Pendon has a Bachelor degree in Fine-Arts (drawing and painting) from Concordia University. In 1998, he co founds Heavyweight Production House (HVW8), now based in Montreal and in Los Angeles. He also co creates the Heavyweight Art Installation, an international project that partners live painting to music and to urban cultures.

2016 marked the celebration of many anniversaries in Quebec’s theatre world. MU wished to take the opportunity to produce two murals which pay tribute to both Théâtre du Quat’Sous, which is celebrating its 60th anniversary, and to Janine Sutto, who celebrated her 95th birthday earlier in the year.

The renowned muralist Gene Pendon was given the task of honouring Yvon Deschamps, Paul Buissonneau, Claude Léveillée and Jean-Louis Millette, the four founders of Théâtre de Quat’Sous. The work is a diptych, which celebrates the history of one of Montreal’s oldest and most important theatres.

The work was produced as a part of MU’s Montreal’s Great Artists collection, which aims to recognize the tremendous contribution that Montreal’s creators have made to a variety of artistic disciplines. The collection includes artists who were born in Montreal, as well as adoptive Montrealers, whose work has been influential locally, nationally, and internationally.