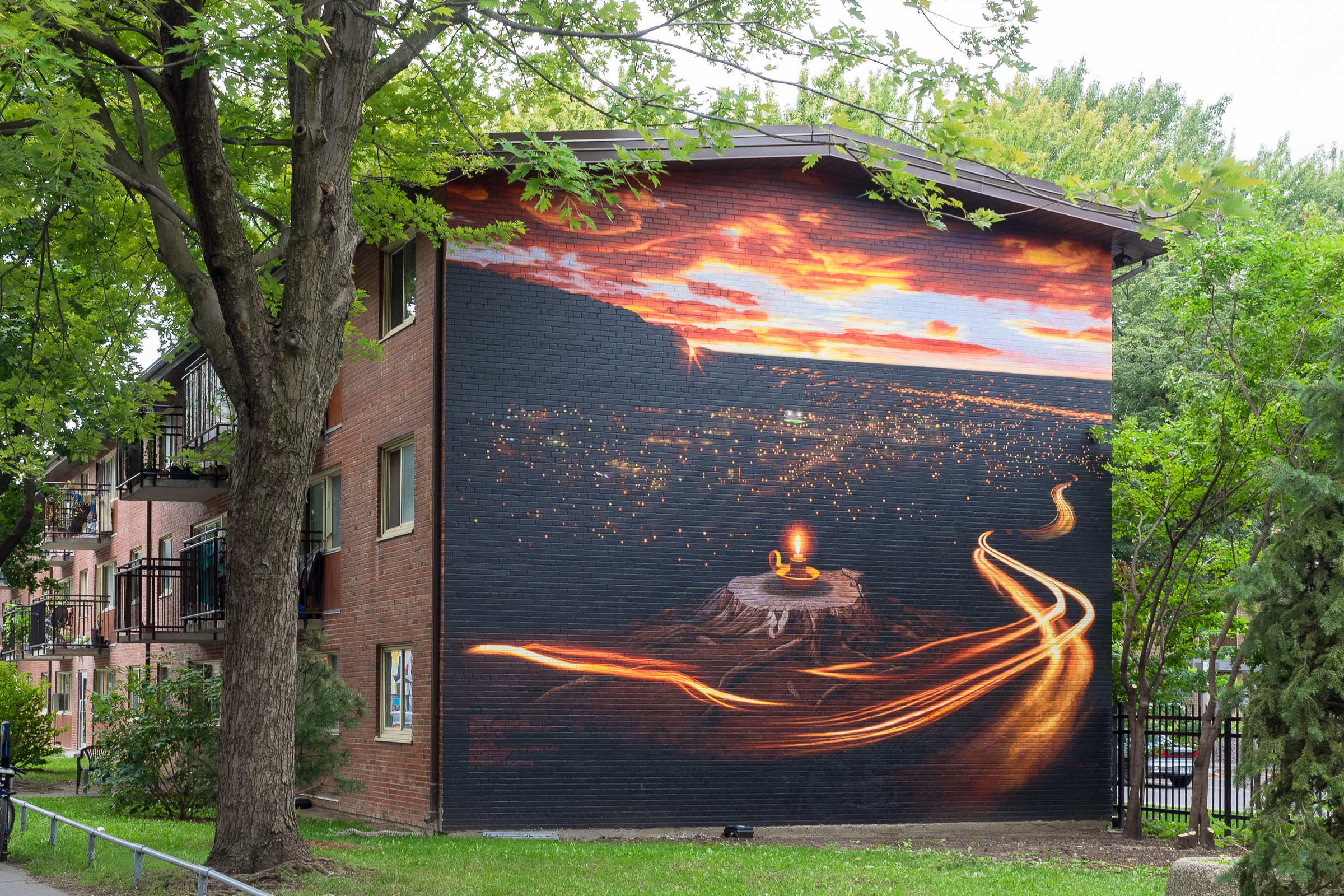 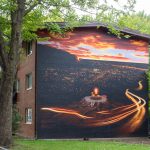 The completion of the mural “Cessez-le-feu” (Ceasefire) beautifully marks the conclusion of an important series which artist Phillip Adams began in 2012 at the Habitations Jeanne-Mance that is based on the four elements. After an imposingly cloudy sky (L’air du temps, 2012), the majestic St. Lawrence River (Au fil de l’eau, 2013), and a hyper-realistic Mont Royal (Terre d’accueil, 2015), it is with striking contrast that the artist — in creative residence at the Habitations Jeanne-Mance during the production of the mural — gives us the the final element, fire. We find an illustration of the city of Montreal in twilight, seen from the summit of Mount Royal.

The artist was assisted by Angel Ezequiel Herrera Lopez and Stéphanie Harel during the execution of the project.