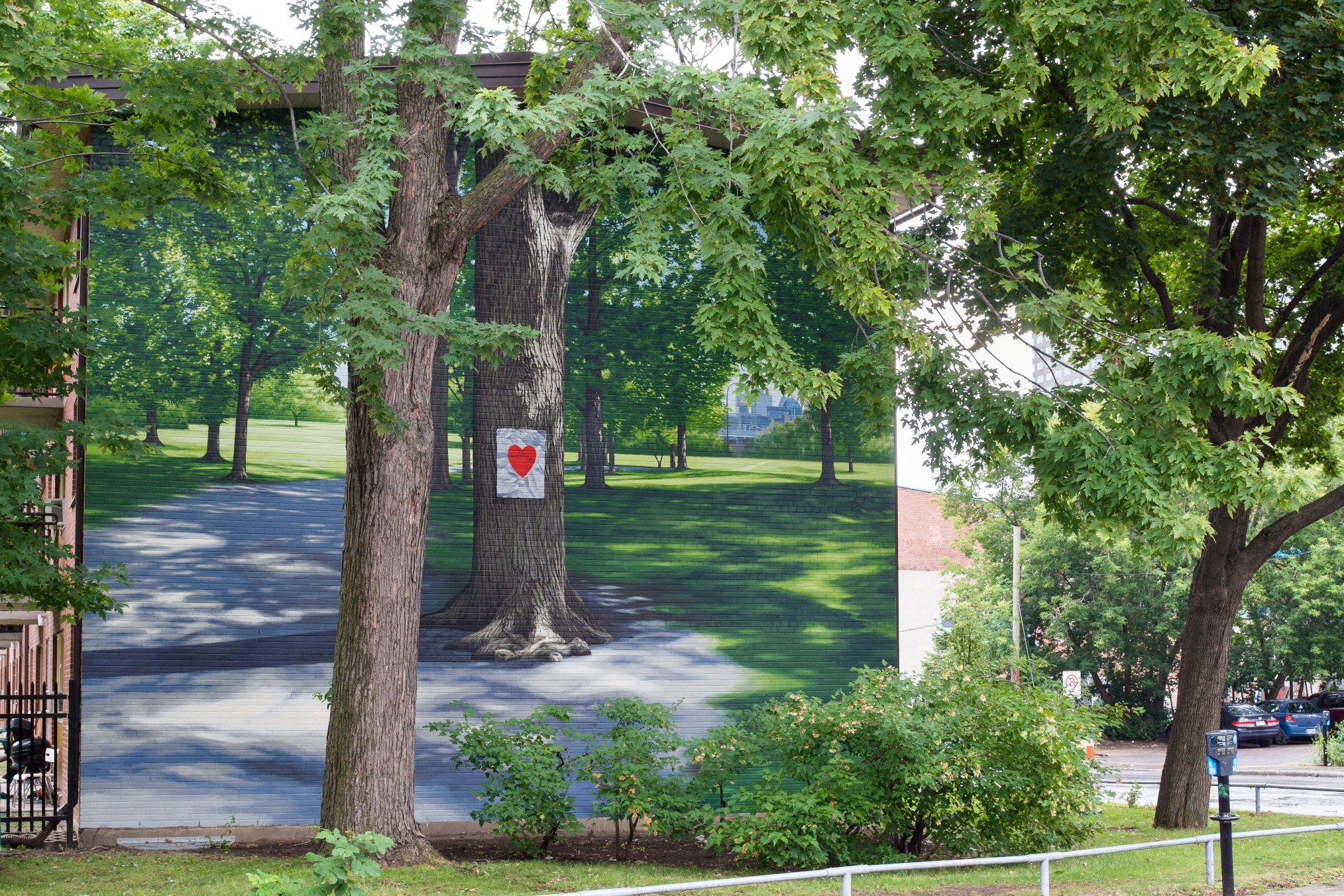 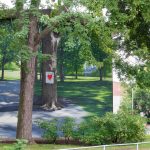 Located at the Habitations Jeanne-Mance housing project, the mural produced by MU is the third of a series representing the four elements. After an impressive overcast sky (L’air du temps, 2012) and the majestic Saint-Lawrence River (Au fil de l’eau, 2013), Philip Adams – who was in creative residency at the Habitations Jeanne-Mance during the creation of the mural – chose Mount Royal to depict the earth.

Between 2009 and 2012, MU initiated an ambitious public art and cultural mediation project at the Habitations Jeanne-Mance housing project. A series of four murals entitled Les Saisons montréalaises were produced, as were a collective mosaic mural and numerous mosaic projects involving the residents. MU was awarded the provincial citizenship award, Citoyen de la culture Andrée-Daigle, by the Les Arts et la ville network in 2012 for its overall intervention program at the housing project. Given the positive effects of its work, MU initiated another group of murals in 2012, based on the four elements.