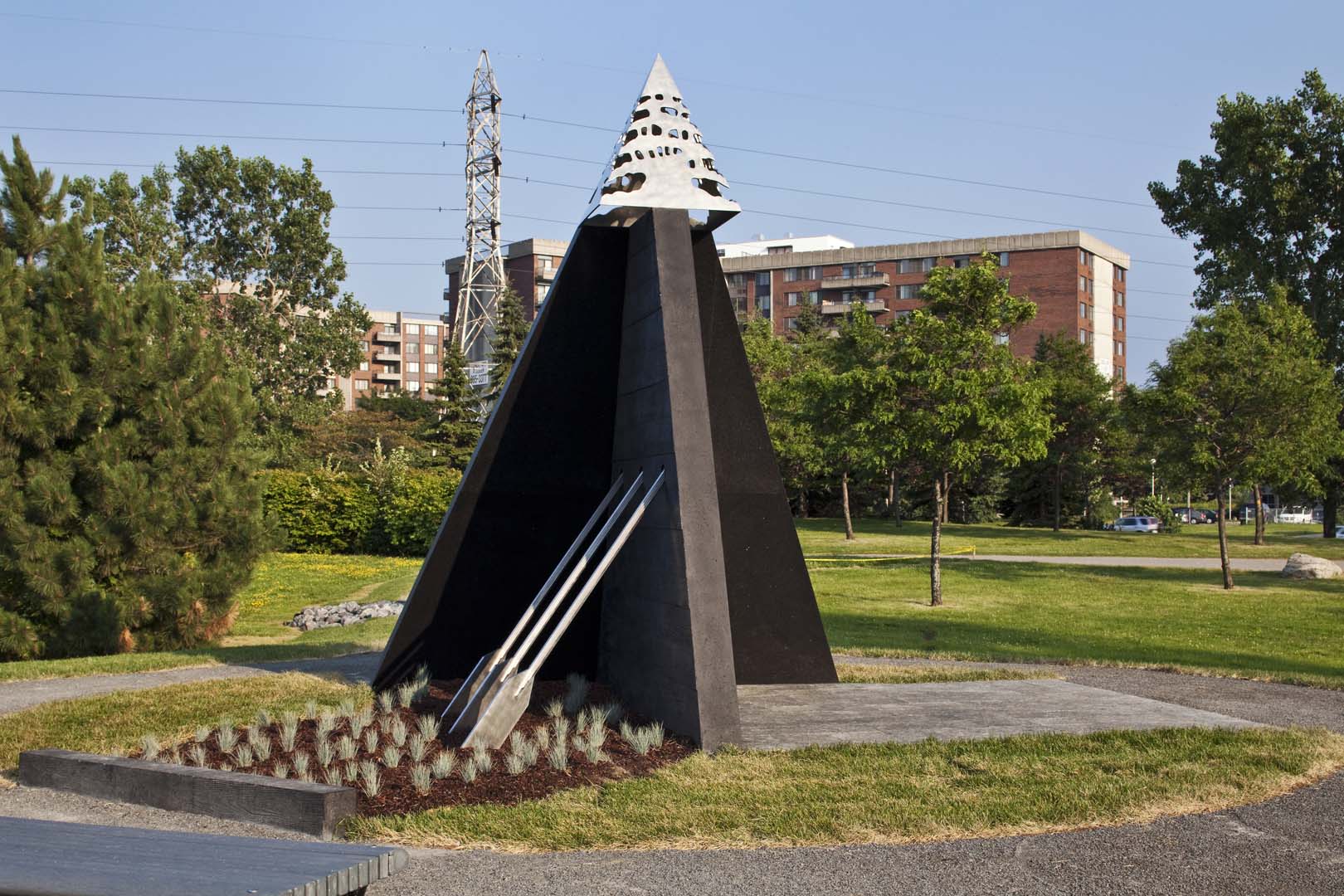 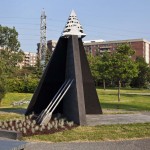 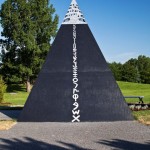 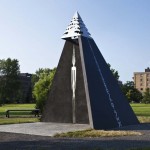 The artist chose a dalet, a triangular Phoenician grapheme that also means “door,” as the basis for his tribute to the Lebanese community of Montréal. This letter, which combines several highly symbolic elements, was used to provide a permanent memory of the first Lebanese to set foot in Montréal, presented in Parc Marcelin-Wilson, a public space in heavy use by this community.

In the form of an open pyramid formed of granite slabs integrated with a plant bed and a footpath, Daleth presents three tableaux. On one side, a road in perspective leads toward the top of a triangular mountain, at the summit of which is a cedar tree, the emblem of Lebanon. This road is the symbol of peddling, the trade practised by the first Lebanese in Montréal and a gateway to the encounter of diverse cultures that is immigration. On the second face, three oars emerging from the granite structure refer to the history of the Phoenicians, ancestors of the Lebanese, who used boats to conduct their trade in cedar wood. On the third face are the 22 graphemes of the Phoenician alphabet, one of the earliest writing systems.

Mihalcean’s artwork is understood as a profusion of symbols that give rise, in the end, to the viewer’s personal appropriation of the artwork’s meaning. Thus, by the inclusion of various key elements of Lebanese culture and history, Daleth offers a number of perspectives through which to commemorate the first contingent of Lebanese to arrive in the region.