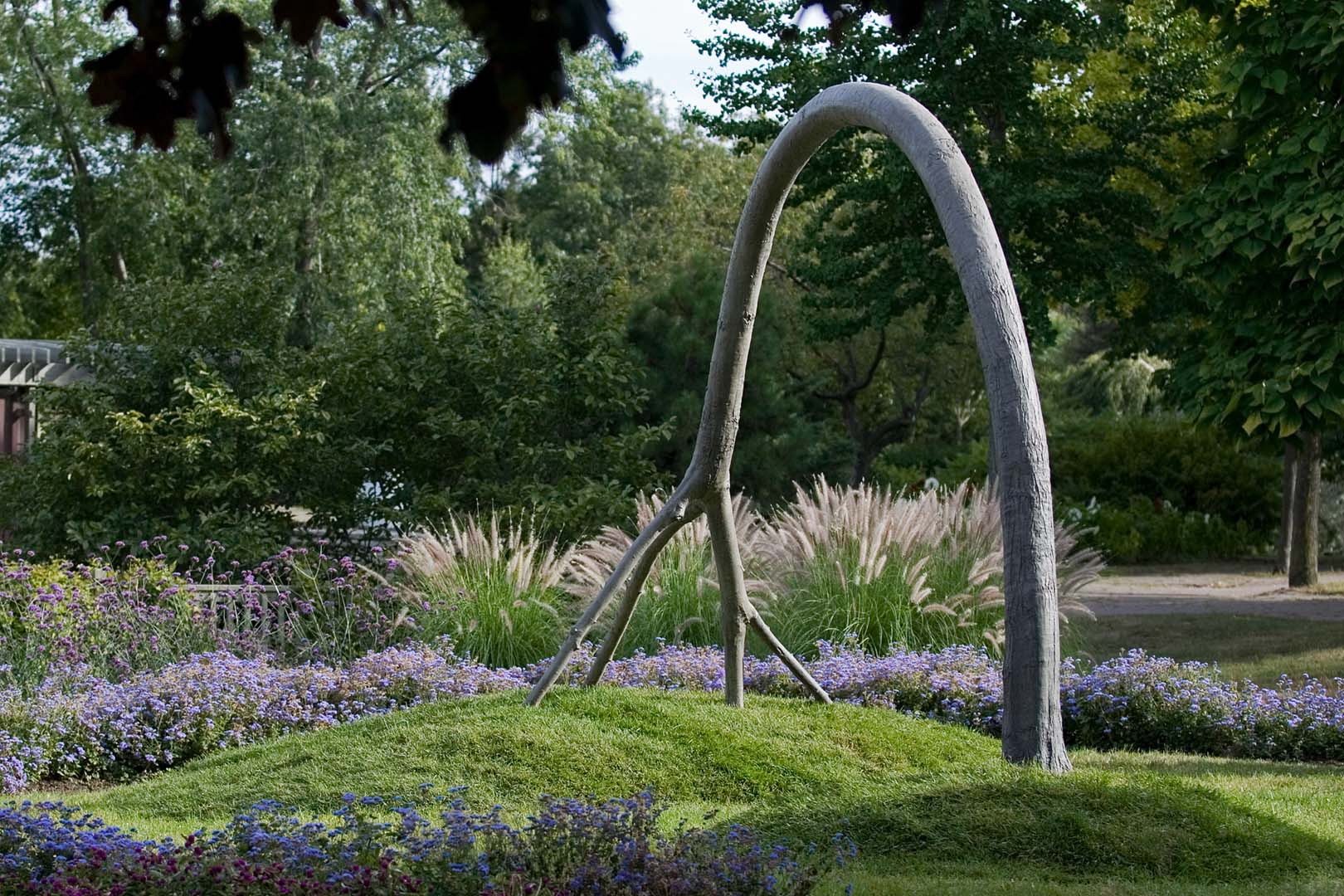 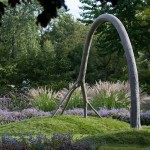 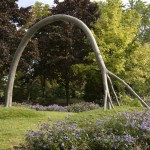 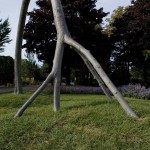 In the Floralies gardens on Île Notre-Dame, Michel de Broin’s sculpture portrays a tree whose crown plunges into the ground to form an arch, rooted at each end. The artwork, made of concrete and stainless steel, fits harmoniously with the natural greenery of Parc Jean-Drapeau.

Although he has died, Allende is still a vivid source of inspiration for the entire Chilean community residing in Montréal. The artist has interpreted the vigour of this heritage in the figure of the tree, whose powerful roots evoke the importance of transmission, taking up the horticultural metaphor used by Allende himself in his final speech: “I am certain that the seed which we have planted in the good conscience of thousands and thousands of Chileans will not be shriveled forever. They have strength and will be able to dominate us, but social processes can be arrested neither by crime nor force. History is ours, and people make history.” 1