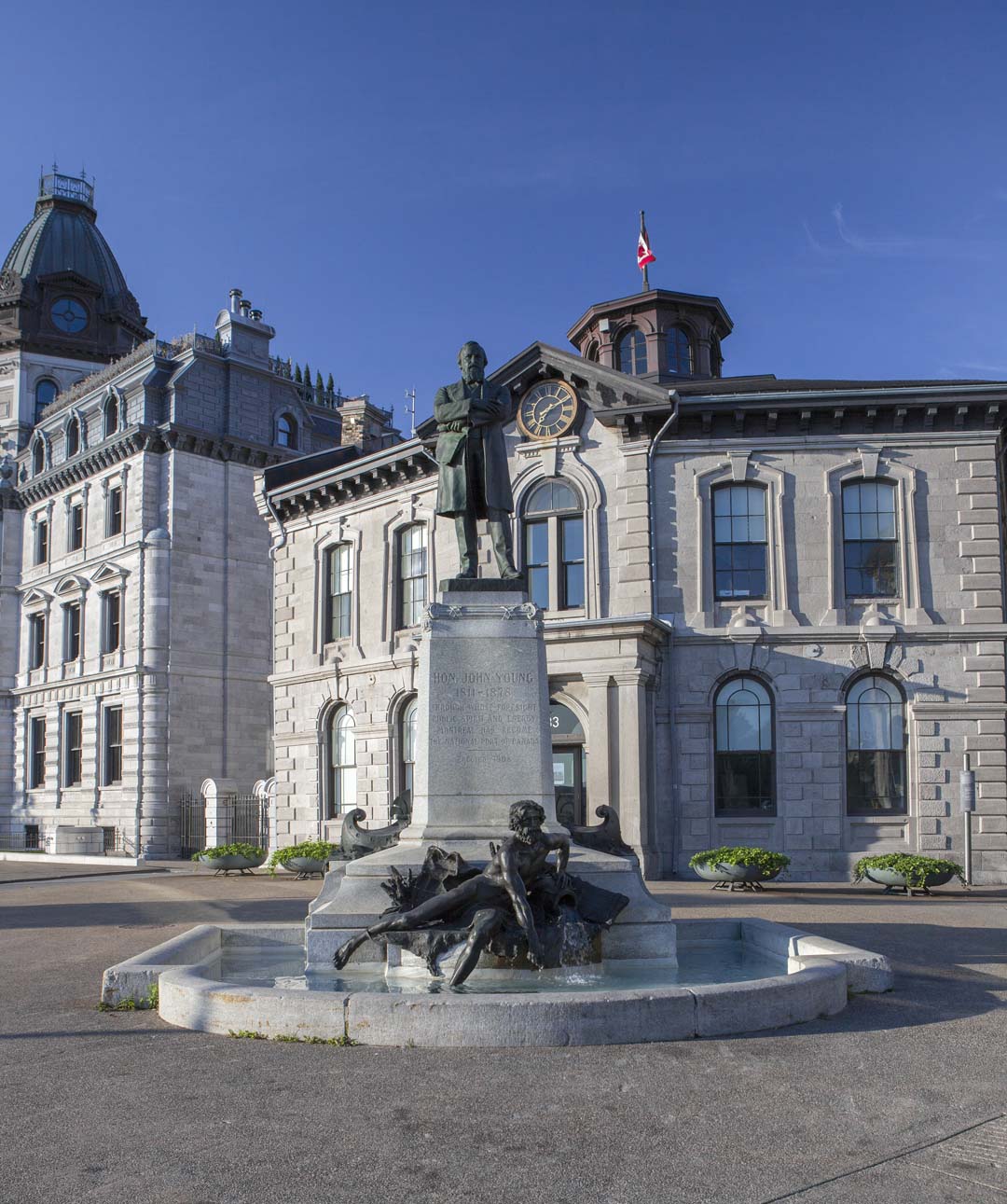 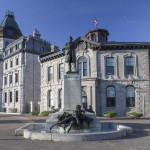 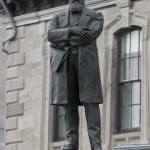 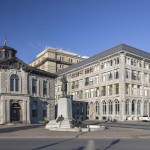 This monument-fountain is composed of four bronze elements on a granite pedestal placed in the centre of a grey-granite basin. At the base is the allegorical figure of the River God who, reclining on the debris of a shipwreck, holds a bowl from which the fountain’s water flows. The statue of John Young is at the top of the pedestal. Young is portrayed standing, his arms crossed, holding documents in one hand and wearing a redingote, in the style of the era. On either side of the pedestal, two ship’s prows emerging from the waves, referring to navigation on the St. Lawrence, complete the composition. The relationship established between the main character and the secondary figure are based on a balance between realism – John Young – and symbolism – the figure representing the river.

The artwork has been moved twice; originally situated in Place Royale, it was moved to Pointe-à-Callière in 1952, before being installed permanently in its current site, in front of the offices of the Société du Vieux-Port de Montréal, in 1997. Because the artwork pays tribute to a president of the Montréal Harbour Commission, who oversaw the improvement and development of the port facilities, its siting has always privileged a close connection between the person, the river, and the port of Montréal.

When Louis-Philippe Hébert began to work on this commission, he was 56 years old and at the height of his fame. This artwork shows his artistic maturity, notably through the portrayal of the River God, which may be considered one of his freest and most inspired pieces.