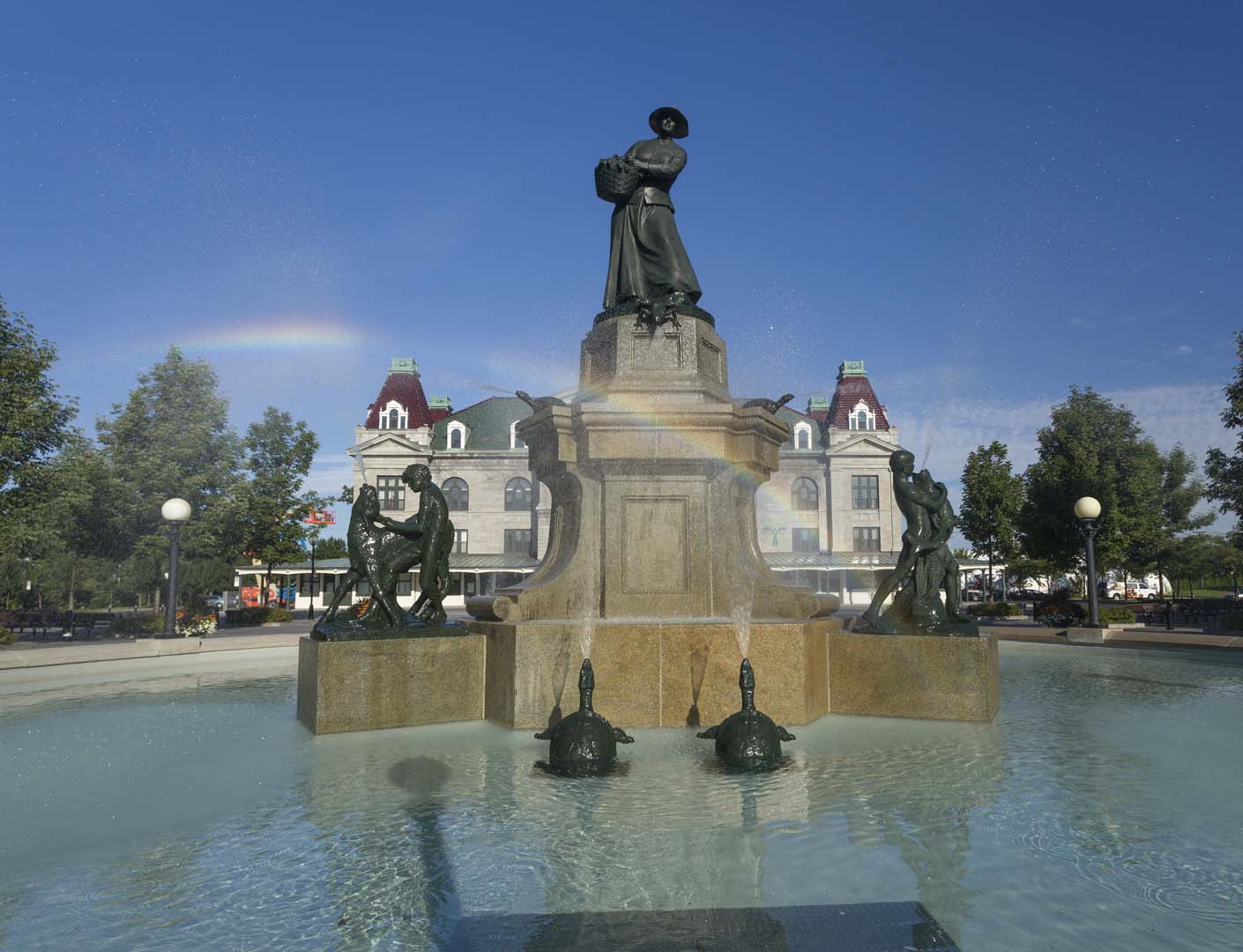 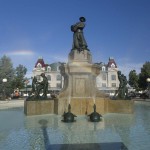 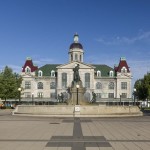 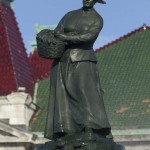 The fountain is formed of a large hexagonal base on which stand four bronzes of human figures. To the east, a naked boy holds a salmon in his arms; to the west, another boy pulls a calf’s ear; on the north, yet another boy holds a struggling turkey in his arms. On top of the base is a sculpture of a female farmer holding a basket of victuals against her hip. Finally, three frogs and three small turtles also adorn the ensemble, and six large turtles, placed in pairs, stand in the basin and spit water.

Erected in a developing city at a time when the rural exodus was in full swing, the artwork is related to French Canadian patrimony and traditional values. It faithfully represents nationalism and the celebration of agriculture, characteristic of the “sacred soil” current that marked the arts in Québec at the time. Nevertheless, it does not stray from realism and the contemporaneity of the scene. In fact, the fountain, which once served a practical purpose as it provided the site with water, represents the activities of a public market and the daily life of its times.

This monument is considered important in Laliberté’s career as it afforded him the opportunity to obtain a number of subsequent public commissions.