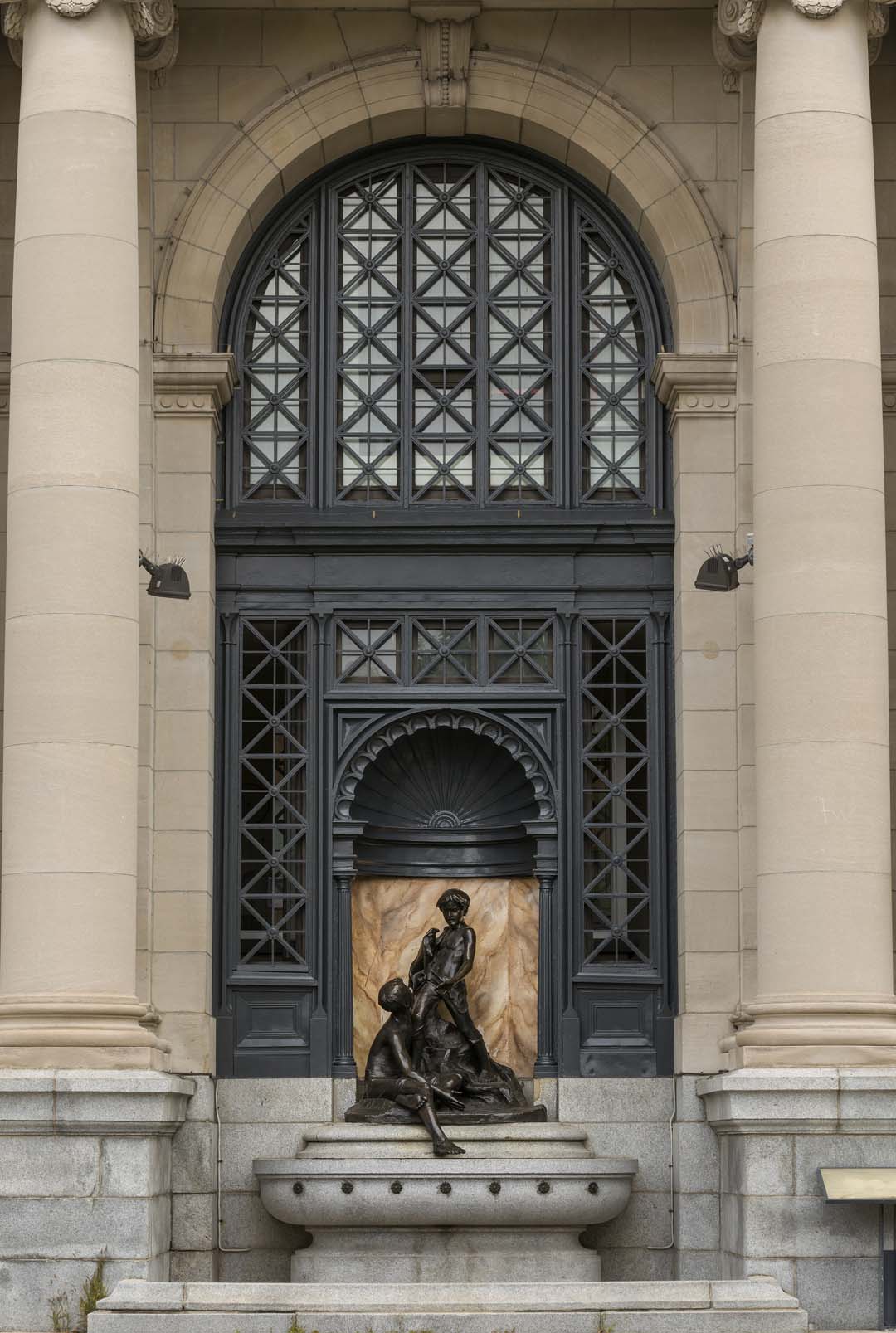 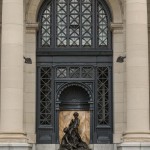 Les petits baigneurs is a bronze sculpture portraying a contemporary bathing scene. A sitting person is splashing a standing person, who doesn’t seem to be enjoying the game. The asymmetrical composition, part of which projects beyond the niche formed of a shell and two fluted columns, creates a sense of dynamism.

Produced at a time when Laliberté was gaining recognition for his commemorative sculptures, the fountain reflects his interest in Québec folklore. In fact, the theme reflects the function of the site, but displaces the activity that took place at a city baths to a rural context.

There is a similar displacement in Laliberté’s La fermière, an artwork that had been installed a few steps away from Les petits baigneurs, in front of the Maisonneuve market, the previous year. The secondary statuary groups in this other fountain represent three boys, expressed rather stiffly, taking animals to the market. Thus, both works give a sense of the transition from rural to urban life.