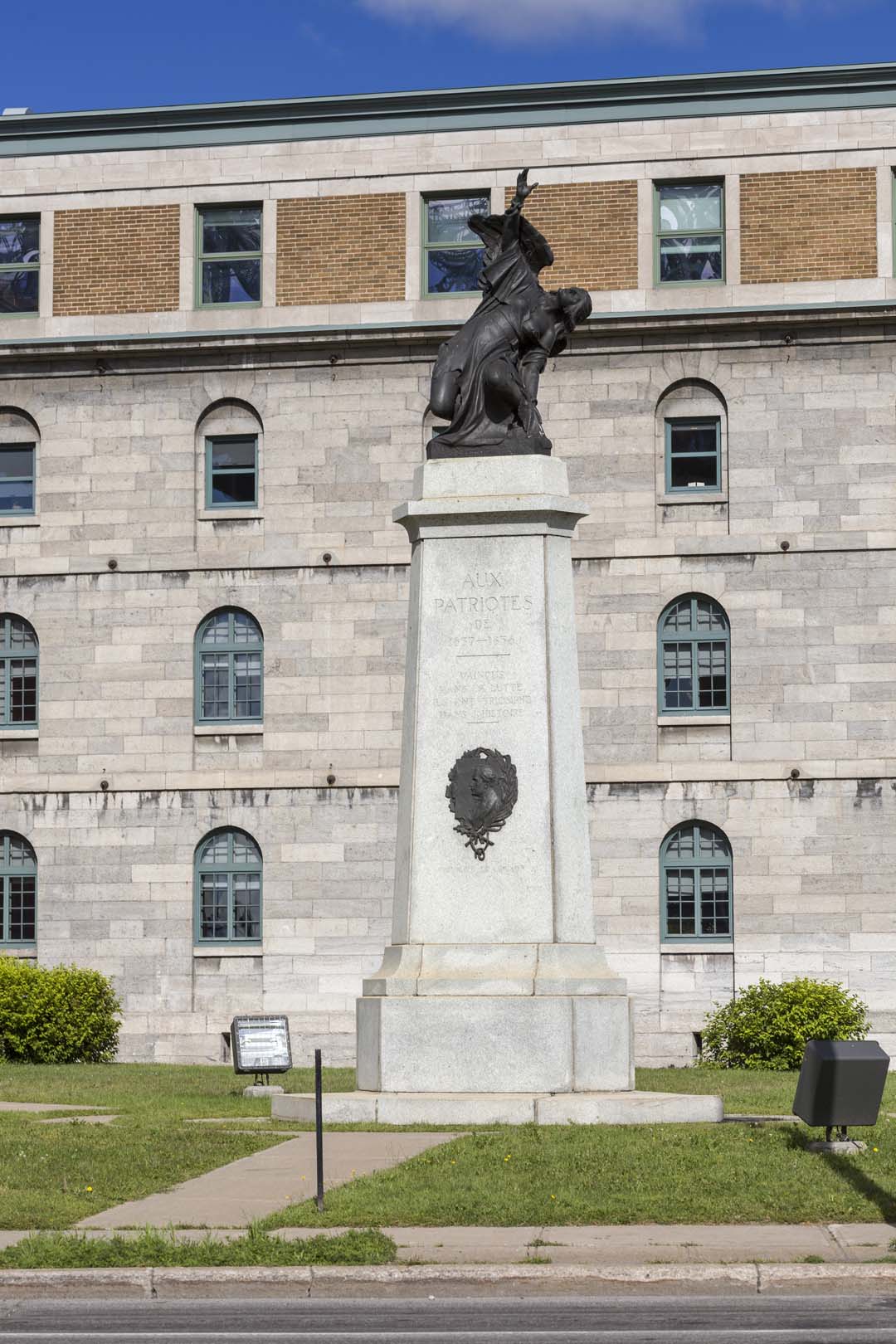 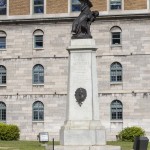 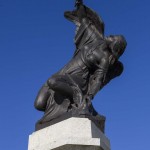 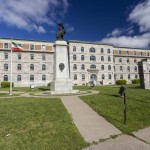 This monument is dedicated to the 12 Patriotes who died by hanging at the Pied-du-Courant prison in the winter of 1838–39, whose names are displayed on the faces of the pedestal: Joseph-Narcisse Cardinal, Amable Daunais, François-Marie-Thomas Chevalier de Lorimier, Pierre-Théophile Decoigne, Joseph Duquette, François-Xavier Hamelin, Charles Hindelang, Pierre-Rémi Narbonne, François Nicolas, Joseph-Jacques Robert, Ambroise Sanguinet, and Charles Sanguinet.

In the 1990s, the monument was moved to the corner of Rue Notre-Dame and Avenue De Lorimier, which corresponds approximately to the site where the Patriotes were hanged. The monument grouping is built in a pyramidal mode: a triangular pedestal terminates in the point formed by the extended hand of an allegorical kneeling figure. This is Liberty with Broken Wings, represented, as tradition dictates, by a female figure brandishing a broken chain. She is both an allegory for failure and a symbol of the glory and moral victory of the vanquished. Her tattered dress bespeaks the violence of combat; her kneeling position, defeat. The lifted right arm and the broken chain remind us that this combat was not in vain and that the Patriotes’ rebellion merits its place in history as it led to French Canadians’ gaining constitutional freedoms. On each face of the pedestal is a medallion-shaped bronze bas-relief bearing the likeness of three Patriotes: Chevalier de Lorimier, de Louis-Joseph Papineau, and Wolfred Nelson.